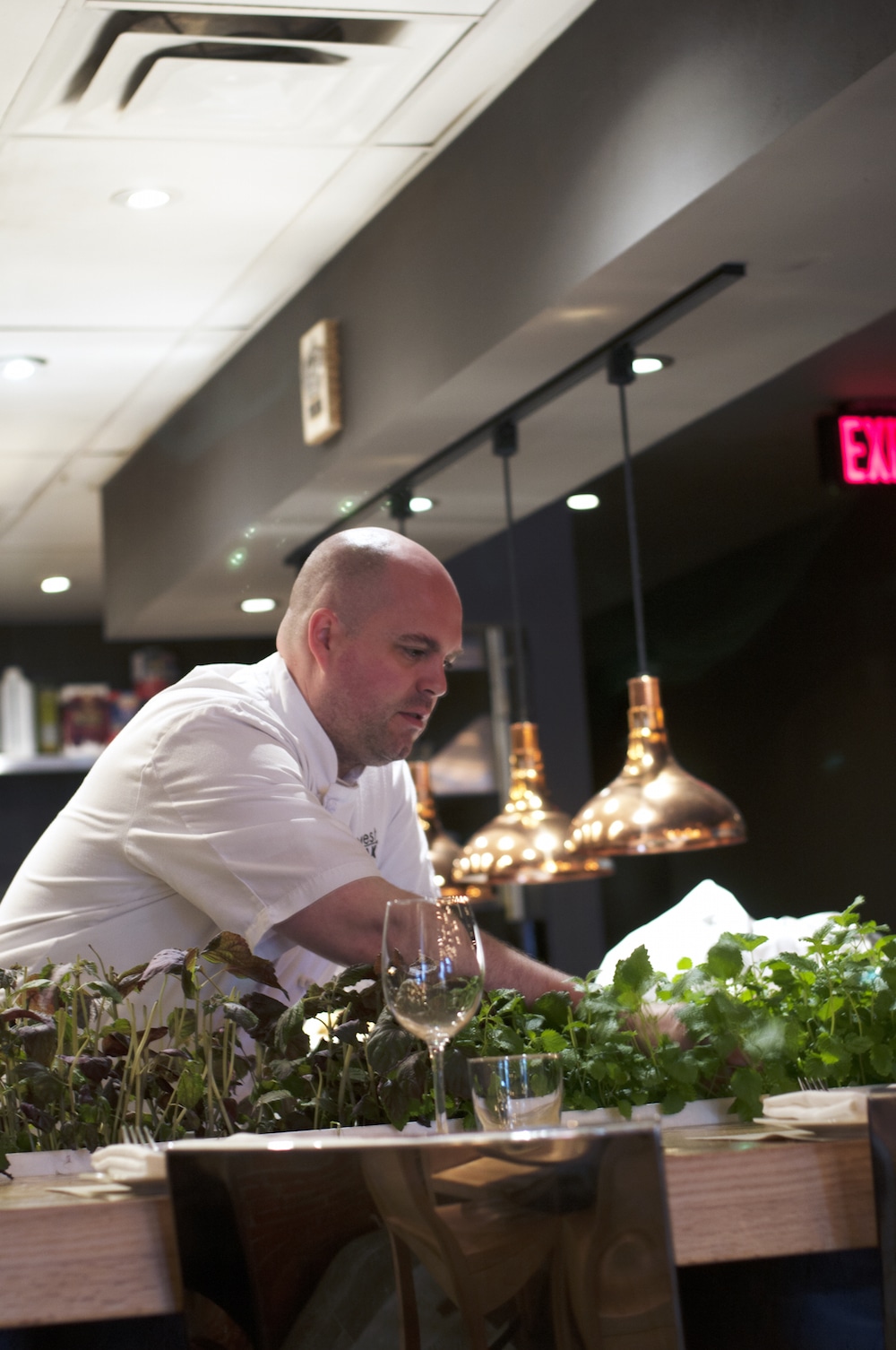 Posted at 10:58h in Customer Stories by Apeace
Share

Vancouver is in a transitional phase right now.
Before, it was a city whose restaurants were solely focused on quality food that was imported from abroad. It wanted the best cheeses from France, the best foie gras from Quebec, the juiciest mangos from Mexico.
Now, things are changing.
While there is still a very real demand for the same quality food, there’s also the understanding that we need to support our local farmers.
And what has Vancouver learned?
That food that’s in season and locally sourced actually tastes better. It’s the best that farms could possibly offer.
This is the very core of Tim Cuff’s approach, West Oak’s Executive Chef.

“We want the best that we can get,” says Chef Cuff. “We want our patrons to know that our food is organic, sustainable, and local. And not enough restaurants do that. Many people look for cheaper meats. For us, it’s not an option.”
Two years ago, Cuff met with the owner and general manager of West Oak, Peter Girges and Michael Gayman, and helped open the doors of the Yaletown restaurant. 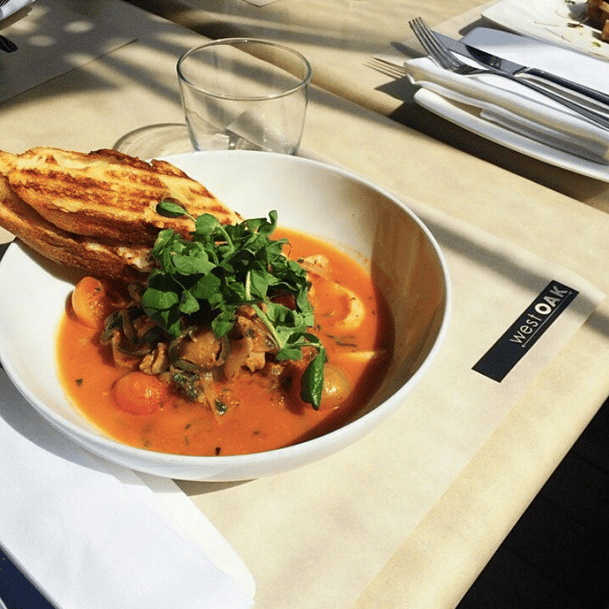 It was a clean slate for Cuff, as he was tasked to put together an innovative yet timeless menu. He also got to determine what drives West Oak.
Cuff has a strong belief regarding food: what’s in season is the way food should taste. “[I try] to be cognizant of the world, the way it’s changing; the oceans; what’s getting put into the fields,” he explains. “I always say that a carrot should taste like a carrot. Farmers pull it out of their field, and that carrot will taste so different from anything you buy at a store.” 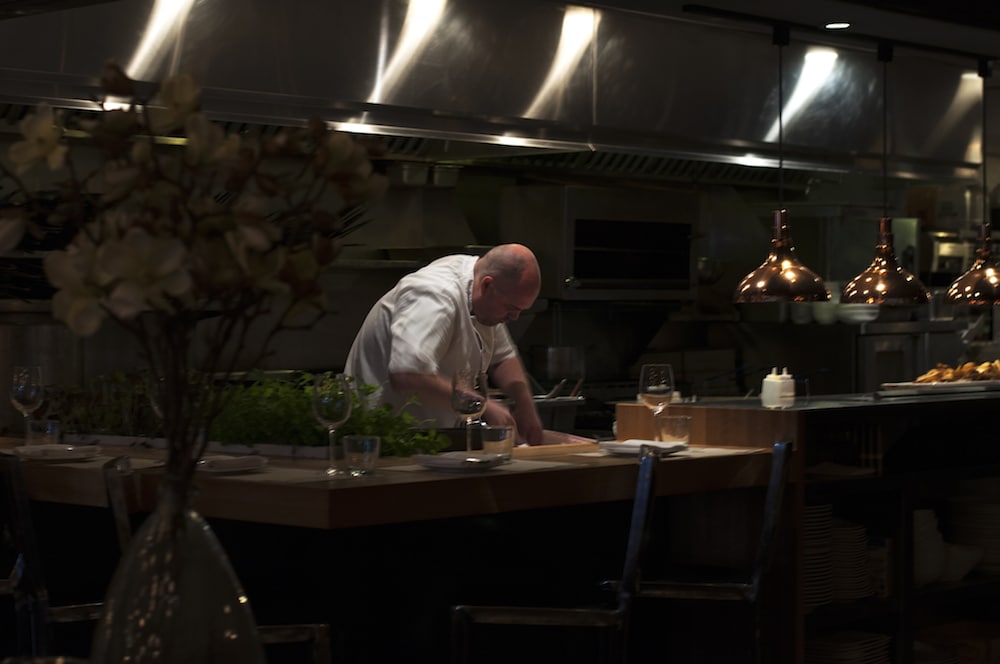 This focus on flavour and community, added to the fact that West Oak “puts the best ingredients [they] can buy on a plate,” is what’s made the restaurant so successful.
Cuff’s fascination with all things farm-fresh and in season began long before his involvement with West Oak.
“It started when I was a kid,” Cuff recalls. “My dad owned a John Deere dealership, and I was very much in touch with the farmers there. My dad would sell a tractor, and trade half a cow, half a pig, or a dozen chickens as half the payment.
“Our garden was also huge; we weren’t even farmers. Every mother’s day, we’d plant mum a garden and we’d harvest throughout the year, from peas to asparagus.” Evidently, this early exposure to growing your own food left a strong impression on his younger self, later affecting the way he looks at food. 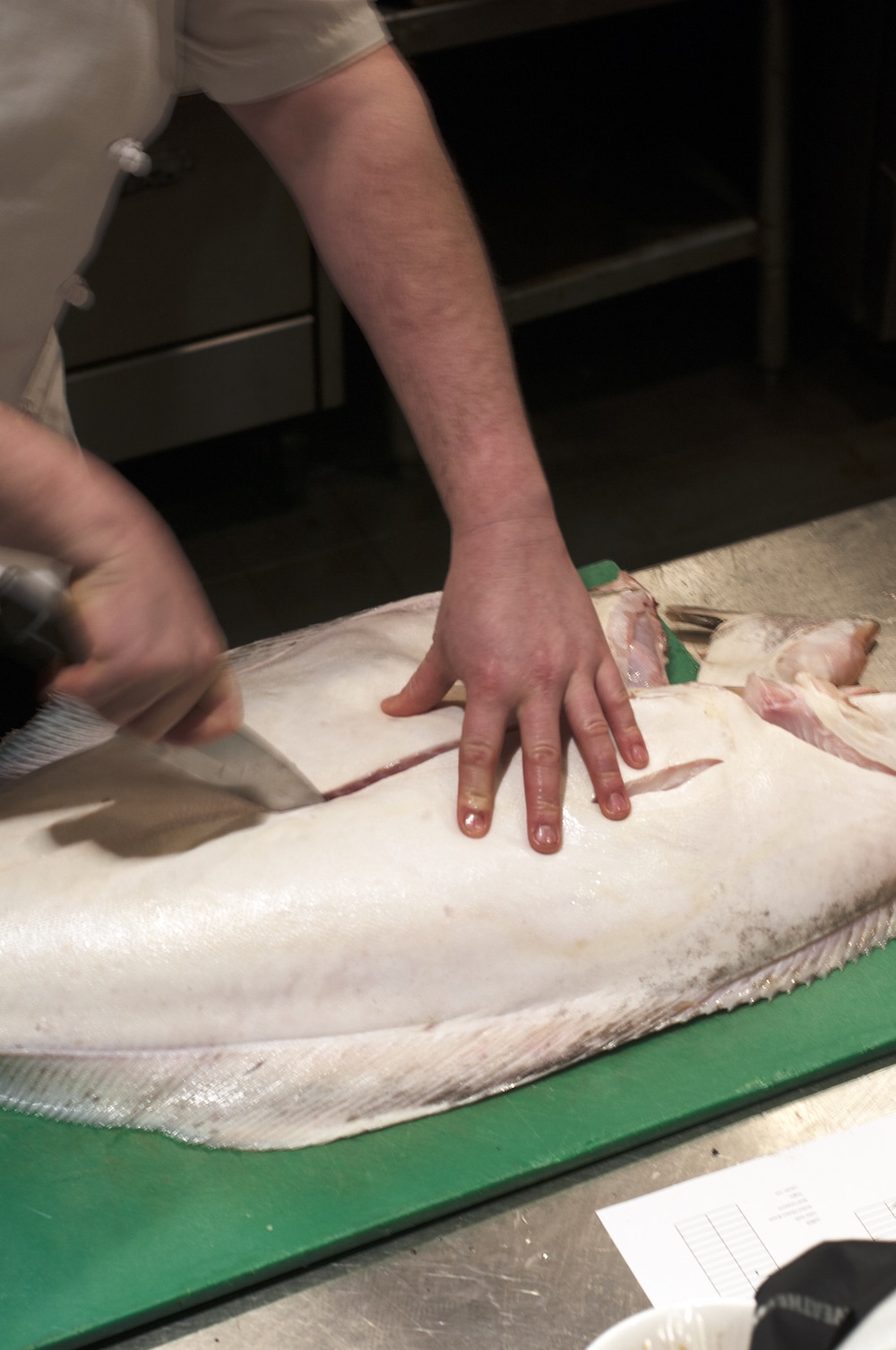 And because of this farm-fuelled childhood, seasonal and local food is now Chef Cuff’s main focus, who believes it’s important because it “supports our community.” Plus, it tastes better.
“Why do I need something from half way around the world?” Cuff asks. “Why do I need asparagus from Chile? Mexico? California? We grow it here, and it’s better. It honestly tastes better.” 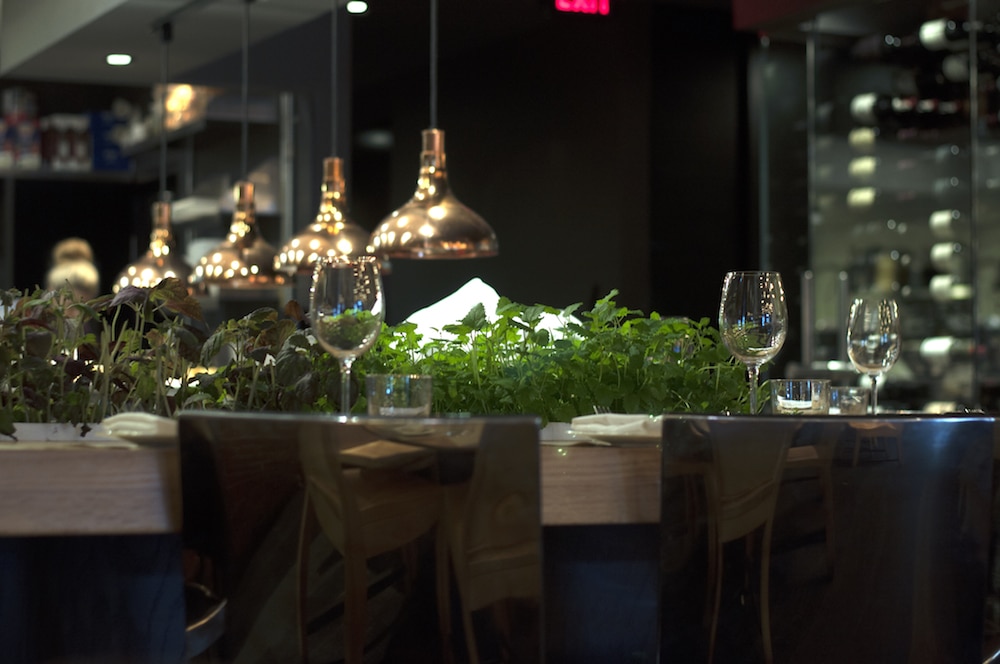 Naturally, Urban Cultivator-grown greens are the perfect fit. With Living Produce Aisle—a store lined with Urban Cultivators—just steps away from West Oak, it’s as local as local gets.
“They’re a farm a block and a half away. They’re organic, sustainable, and the containers are even compostable. It’s what we’re doing here [at West Oak].
“Even on my days off, I go for Living Produce Aisle smoothies. They have the right package, and they’re not doing any shortcuts,” explains Chef Cuff when asked why he chose to incorporate Urban Cultivator-grown greens.
“The fact that I can go for a walk and pick something up is great.” 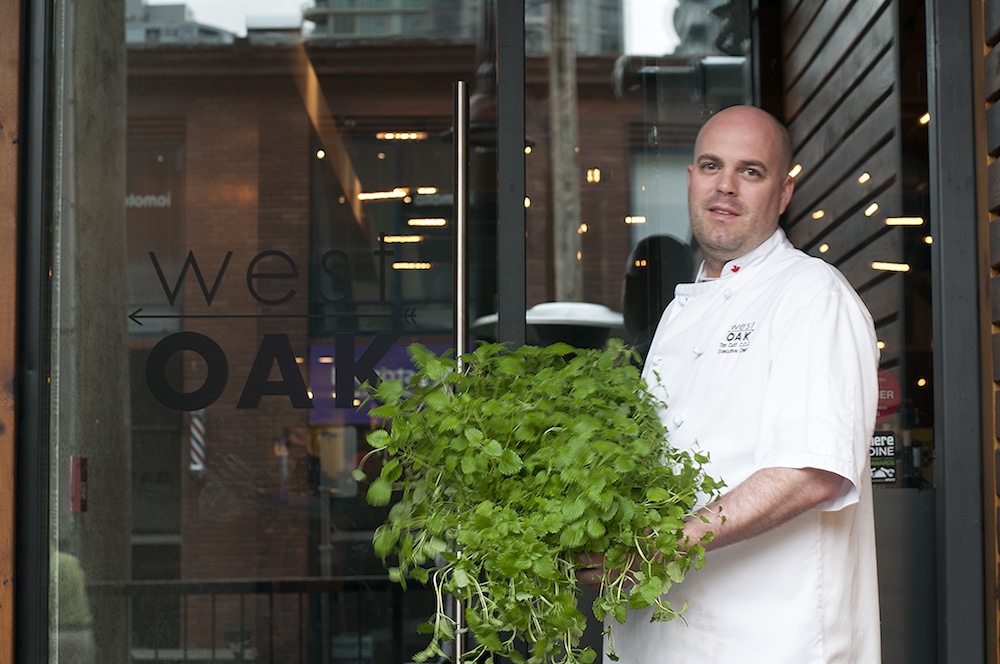 And the greens?
“That’s the way they’re supposed to taste. Peashoots are sharp, flavourful, juicy, and crunchy. You don’t need to do a whole lot with it because the flavour’s already there. The product is delicious and affordable.”
Chef Tim Cuff’s goal is really simple: “We want to give people a bit of a ‘wow.'”
That “wow” seems like an easy thing to achieve. After all, West Oak aims to put the best ingredients that they can buy on the plate.
Visit West Oak at 1035 Mainland Street in Yaletown, Vancouver, British Columbia.