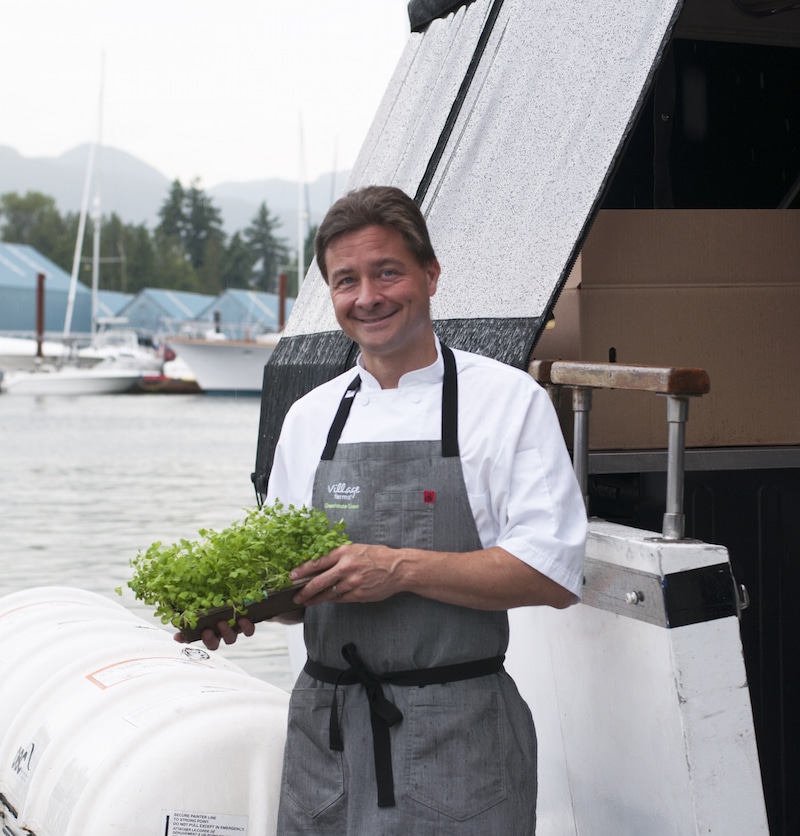 Posted at 10:31h in Customer Stories by Apeace
Share

Chefs are not just limited to their kitchens.
The skills that they learn are much more far reaching than that, employing them with knowledge about growing businesses and best agricultural practices, amongst other things.
Aside from cooking amazing dishes, pushing the bounds of the culinary world, chefs
Chef Darren Brown has taken advantage of this knowledge he’s gained over the years.
In addition to recently starting his own concept development business, Chef D. Brown Limited, Brown has travelled the world with over 20 years of experience under his belt.

“Everything was always about food.”

But it was never that straightforward of a path.
“The real catalyst was that I needed a nighttime job because I was trying to be a ski bum,” Chef Brown laughed as he recalled his start. “I couldn’t do that working days, so I narrowed it down to the two best choices: being a bartender or chef.”
His interest in food began long before his love for skiing (and ultimately, cooking), though—it was ingrained in him, with food being the main focus throughout his childhood.
Christmas was a particularly special time of the year: “[We would] rent a hall with 60 to 80 people, [and] everyone would get into the kitchen and help out.
“Everything was always about food. It was an easy choice.” So, choosing the chef path made a lot of sense for Chef Brown. 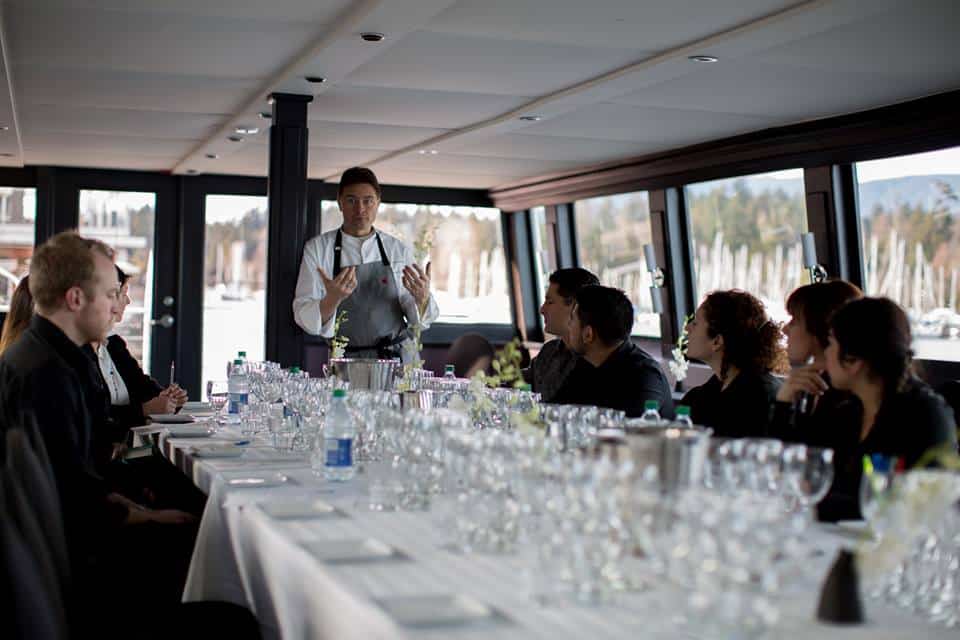 From there, we went on to work at Horizons alongside Chef Deborah Connors, who was a part of the famed Sooke Harbour House.
Zefferellis, Cin Cin, named as the Executive Chef at Quattro Restaurant in Whistler, British Columbia, and many other highly ranked restaurants after that, he went on to do something that would change his entire approach to cooking.
“I went to the South of France and worked on a yacht as someone’s private chef,” he explained this shoot-off from his day-to-day life.
“I lived on that yacht for three years, from the Caribbean, the Mediterranean, to the South Pacific. I would just go market to market to market across the world.” This ignited his passion and emphasis on seasonal food. “If you’re in Positano and they have baby strawberries, then that’s what you’re going to cook.
“It was an education for me,” Chef Brown explained. “You are going to go and deal with what’s there.”

The local movement as the standard

Having to cook what was available to Chef Brown altered his perception of how to cook. “Before, it was ingredients coming to me. If I can find what makes sense here, in this market, it’s going to taste better.”
“It’s about dining in your proper territory. When you do that, there’s less need to pull from outside sources.”
Local, sustainable, clean, and simple are now the four pillars of his approach; he “still strives to know who grew it, who caught it, and who farmed it.” This way, Chef Brown can cultivate a better relationship with the food that he cooks.
This philosophy was, in part, adopted when he worked for Alain Ducasse in France. Chef Ducasse emphasized that one must know one’s vendor—not just the product, but “where it came from, who it came from, their story, and their passion.
“If you find that person who’s excited about what they’re growing, you can try to keep that same passion alive.” That’s what makes Chef Brown’s food unique.

The old to the new

Food has become a common obsession amongst the population, and “foodies” are everywhere.
One “new” approach is that of the “farm-to-table,” where the restaurant will put a strong emphasis on using locally grown food that’s fresh.
Except farm-to-table has been in existence for centuries.
“[Farm-to-table] is also not a new thing. It should be how you operate day-to-day.” The resurgence of this trend is both troubling and encouraging for Chef Brown.
While it’s not an innovator for Chef Brown—he believes that it’s sad that we would even consider it that—he’s still glad that there is a spotlight on such a practice.
“I’ll be happy when we get to a point when it’s assumed,” he explains. “I’m glad that there’s such an emphasis on it, bringing it back to the way they were. It’s good that we recognize that we need to eat whole, clean food, things you recognize.” 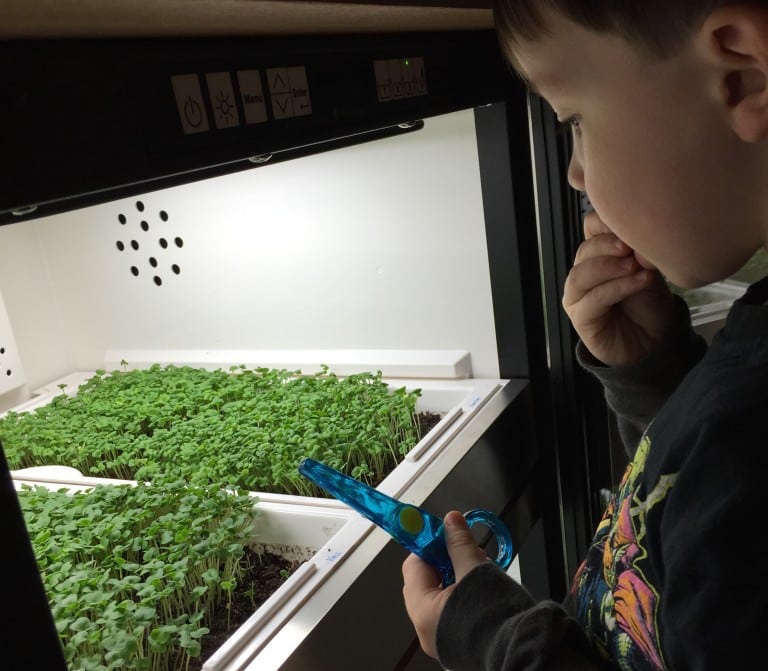 This is exactly what drew him to the Urban Cultivator, which he adopted many years ago when he was heading the Fairmont Pacific Rim restaurants.
His culinary program enforced a do-it-yourself mentality, everything from the charcuterie to the greens that they grew in-house, in an Urban Cultivator.
He taught his garde manger team how to use the appliance, and one Commercial unit supported the entire hotel.
“It was an amazing experience, talking to a customer about a salad, then walking over to the kitchen and building them that exact salad.” Now, he uses a Cultivator at home.
“My kids eat greens for breakfast!” He laughed. “They’ll go down to the Cultivator with scissors and graze, and eat handfuls of kale while I’m making their smoothie.”
It’s exciting for his children as they get to see how much the plants grow overnight. They’ve even taken over with managing the appliance.
“It’s definitely become a luxury that my kids think is normal!”

Off the beaten path

Now, with Chef D. Brown Limited, Chef Brown offers his expertise in not only food, but also how to open a business, from idea to operations.
Having helped open over 50 restaurants, he realized that concept development and the logistics that goes into putting everything in place is what he’s most excited about.
With Chef D. Brown Limited, he provides his network to staff the new business, from vendors, to a culinary team, to the contractors.
In addition to that, he’s also the Corporate Chef for Village Farms, a greenhouse that specializes in tomatoes.
Revel Juice is another business he’s been involved in with R&D, as well as 52 Degrees North, a birch water company, as their brand ambassador. 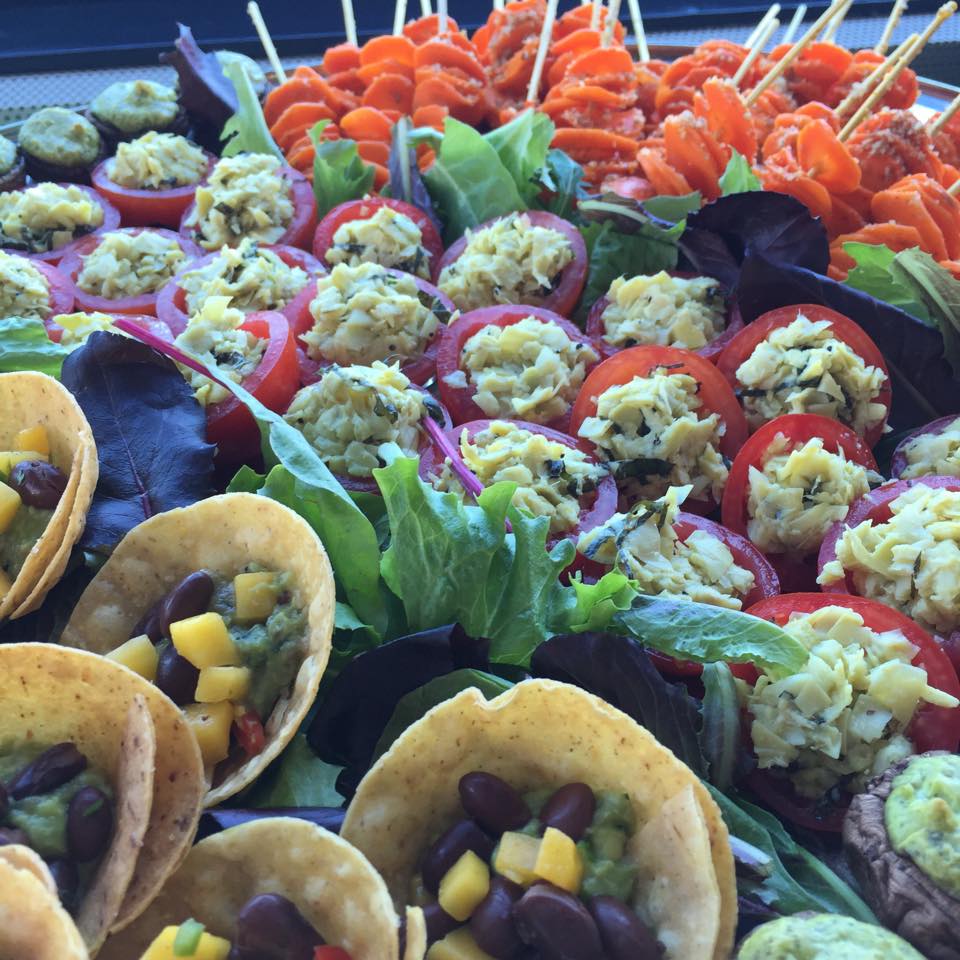 He’s also been providing incredible spreads for The Sunset Bay Yacht Group, which is docked at Coal Harbour in Downtown, Vancouver, specializing in corporate or special events.
Brown also has his hands in creating a whole line gluten-free, GMO-free, vegan, shelf-stable meals that are based on green chickpeas. Vana Life Foods will be launching within the next few months.
It may seem as if he can’t keep still, but it’s an environment in which Darren Brown thrives. “I’m working on some really exciting projects that I can’t wait to share.”
From the sounds of it, the projects that he’s been working on are going to be amazing.