How to Make a Healthy Cubano

28 Nov How to Make a Healthy Cubano

Posted at 14:08h in Healthy Food, Recipes by Apeace
Share 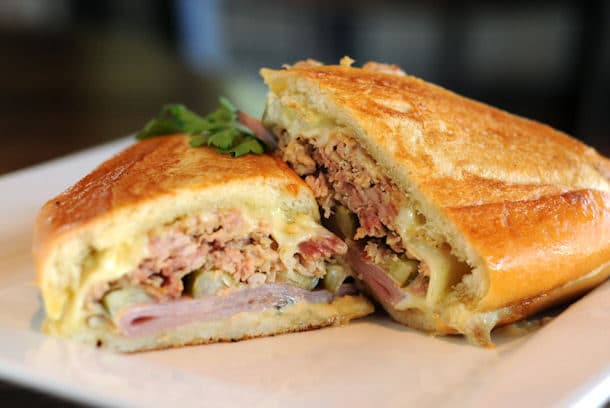 A cubano is exactly what you’d expect it to be—a sandwich that was first crafted by Cubans, for Cubans. This mouthwatering ham and cheese sandwich was put together with Cuban workers in early Cuban immigrant communities of Florida in mind.
Still incredibly popular in the Key West area, Tampa, and Miami, the cubano is often filled with ham, roasted pork, pickles, mustard, Swiss cheese, and often other meats like salami. The bread is the selling point—Cuban bread—crunchy on the outside and soft on the inside.
It’s so loved and influential that Tampa’s city council designated the “Historic Tampa Cuban Sandiwch” as the “signature sandwich of the city of Tampa” in 2012.
People love their cubanos.
So, how do you go about making this legendary sandwich? 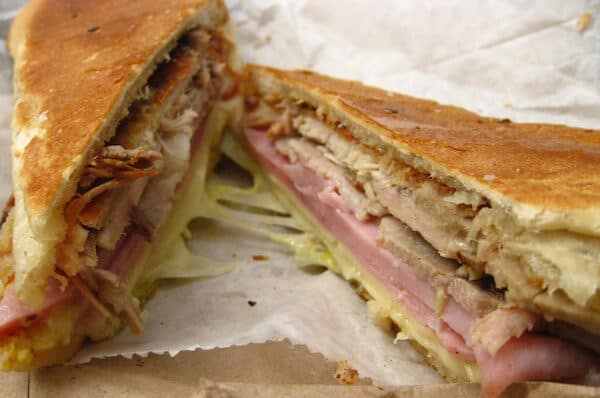 First thing’s first: the bread. Try to stay authentic and find Cuban bread. It’s a pretty ubiquitous at most bakeries, but you could use French or Italian bread in place of Cuban bread. Be sure the exterior has a good crunch to it, though.
Make sure your butter is soft. You’ll be slathering that onto your sandwich. Of course, this is ultimately optional, but for the most authentic cubano experience, don’t skimp out on this step.
The selection of meat is not too important; what’s important is the quantity. If you wish to make a lighter cubano, choose turkey or chicken breast deli cuts as opposed to heavier cuts like roast pork shoulder or ham.
The original cubano contained thinly sliced roast pork, ham, Swiss cheese, and pickles. Pickles give the sandwich a nice, zesty kick.
Now, it certainly doesn’t sound very healthy at this point, but you can definitely amp up the nutritional content by adding sorrel and dill, which will complement the pickles or replace the tang altogether if you’re not a fan of pickles.
Micro arugula, broccoli, pea tendrils, and radish sprouts will also add some vitamins and minerals, and a hit of freshness as well. 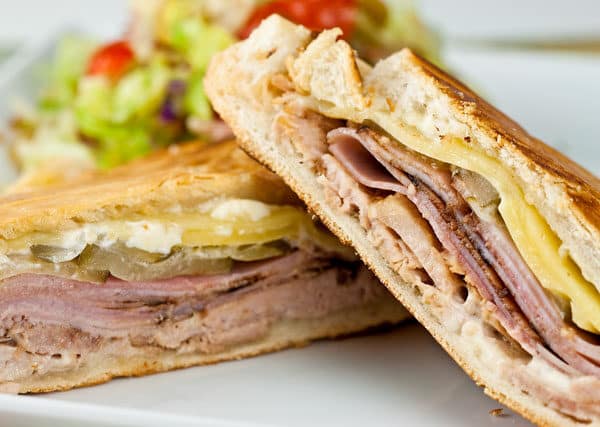 So, ready for a cubano recipe?

1. Split the loaf lengthwise. Butter the inside of one half and spread mustard on the other inside half. Layer with turkey, roast pork, ham, and cheese and replace the top half of the sandwich. If you wish, lightly butter the outside.
Optional step: add microgreens to freshen up your cubano.
2. Wrap the sandwich in foil and place on a heated skillet over low heat. Place a second, heavier skillet on top of the wrapped sandwich and allow the sandwich to crisp for 1 to 2 minutes. Turn it over and repeat on the other side for another 1 to 2 minutes. Unwrap and serve.

To make this healthy cubano more simple, you can grow all the greens you need in an Urban Cultivator indoor garden. With these microgreens, you can easily punch up the nutritional content in any recipe, any time of the year.
Many of the greens take as little as one week to grow; at that point, you have no excuse but to come up with new and fresh variations of old classics.
How do you like your cubano? Let us know in the comments section!