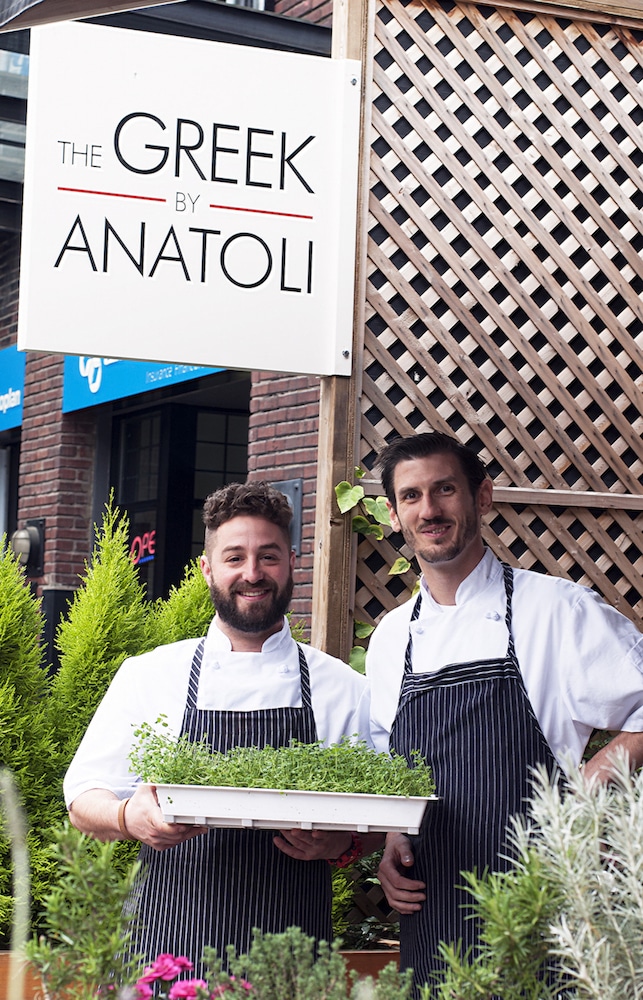 13 May Eat Better Food: The Greek by Anatoli

Posted at 11:09h in Customer Stories by Apeace
Share

Greek restaurants in Vancouver are a dime a dozen.
Every other block is a Greek restaurant—blue awning, standard Greek lettering, and inside is your usual Greek affair with roast lamb, souvlaki, and pita bread. It all tastes the same.
Luckily for us, there are people in Vancouver trying to be innovators in the world of Greek cuisine.
Enter The Greek by Anatoli, a new restaurant in the heart of Yaletown that opened its doors only a couple of months ago.
Innovating is the very core inspiration for The Greek by Anatoli, in that avoiding the trap of being just another Greek restaurant is what sets them apart.
“A lot of our food is very traditional in terms of flavor and technique that it’s cooked with. But it’s also modern,” explains The Greek’s head chef, Scott Robertson.
“We have products that we grow in house, like nasturtium and purple kale, that really highlight dishes and take it from being a traditional rustic Greek dish, to a dish that shows off Greek-style cooking with a more modern feel.”
The Greek by Anatoli is the spawn of Anatoli Souvlaki, a restaurant in North Vancouver that’s over two decades old. 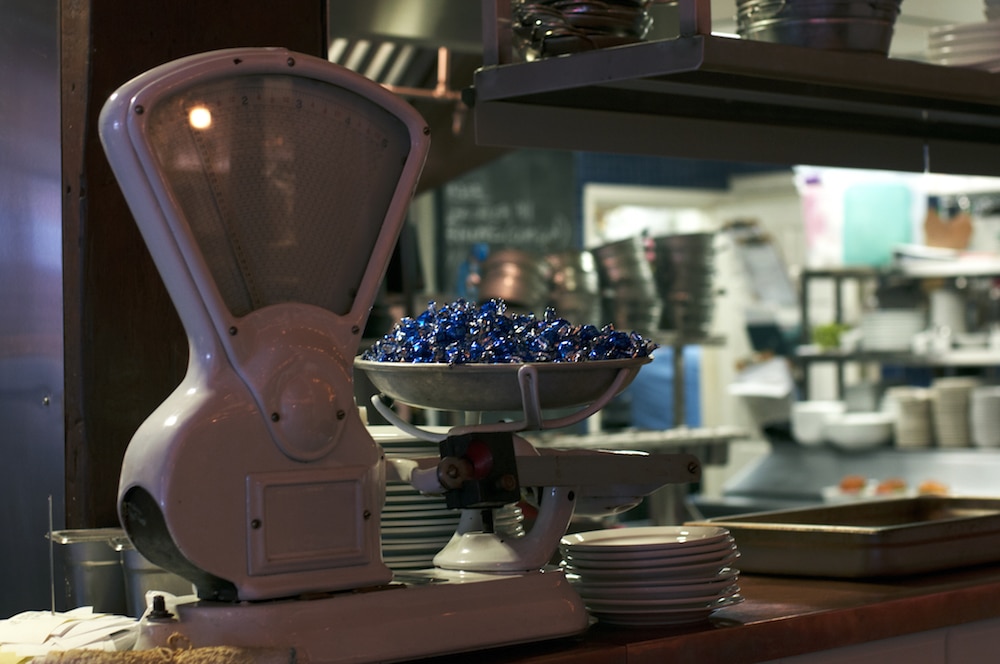 “My parents opened the restaurant in the ’80s.”
Iani Makris is the co-owner of The Greek. His parents just weren’t excited about the food scene then. “They were tired of going out for average food and less than average service. My grandparents were great cooks, and my father was a fisherman.”
So they opened up Anatoli Souvlaki.
“[The] restaurant was about a quarter of the size of [The Greek]—just 20 seats—and they eventually expanded. Now with our patios in North Vancouver, the capacity is about 220 seats.”
Iani and his younger brother, Alexi Makris, eventually decided to take over the family business, and business has been booming. So why did they decide to branch out to Yaletown?
“All of our friends live downtown, and it’s hard to get them to travel to North Vancouver. We decided to keep our ear to the ground for a couple of years, wait a good location to pop up, and sure enough, it popped up.
“We pretty much did this for our friends.” 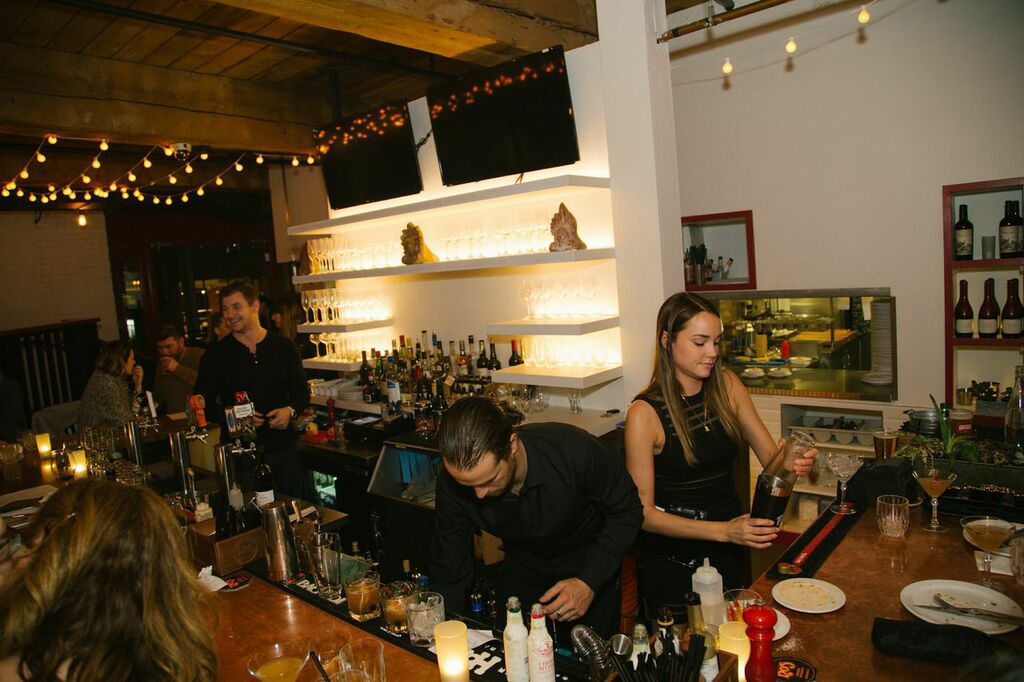 Since its opening in February, The Greek by Anatoli has been busy every single night. Scott and Iani believe the success comes from the restaurant’s lively atmosphere: festive music blaring from the speakers, rows upon rows of warm strings of lights hanging from the ceilings, friendly and fun servers.
But perhaps even more important than the restaurant’s alluring atmosphere, it’s their emphasis on quality ingredients; it’s made them a Yaletown favourite.
When choosing food vendors, Scott tries to make sure that it aligns with The Greek’s core values. “[We try] to use local products from the community. Sustainable farming is also important as it’s something that’s going to help better Vancouver,” he explains. “It’s why you see so many new restaurants on board with those kinds of ethical farming practices. It’s good to be a part of those movements. We want to support local farms and people who work hard to accomplish a good product. That’s important.”
The execution, of course, is also crucial to The Greek’s success to Scott. “What separates Anatoli is that they do everything really well. And they have good foundations, and good principles, and good practices. For me, it’s taking that foundation and doing something a little different. 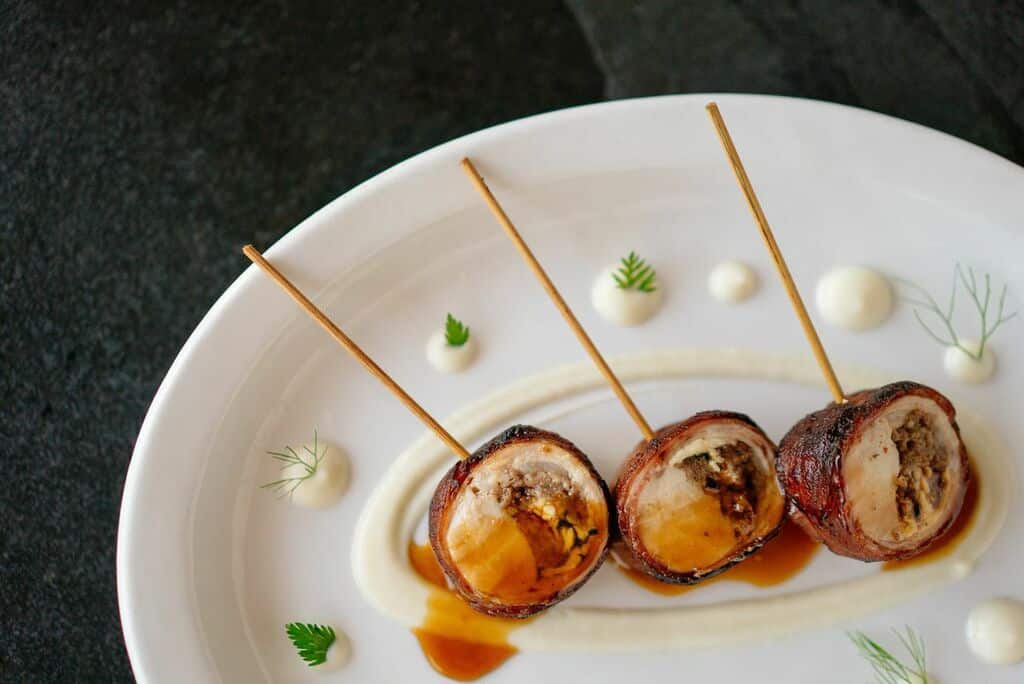 “Using local products and things like sustainability and good farming practices are important. We do a lot of work with Seven Seas, which use sustainable seafood, and we’re trying to get more local farmers on board,” said Scott of their philosophy. “We try to use the highest quality ingredients possible, but that doesn’t mean that everything is local or everything is imported. It means using certain things to highlight the area that they come from.”
This extreme concentration of creating a good product using great ingredients is what led Scott and Iani to incorporate an Urban Cultivator into The Greek.
Scott is a classically trained chef, and he believes that the greens grown in an Urban Cultivator accent presentation well, while also “giving the characteristic of flavour that can help refine a dish.” 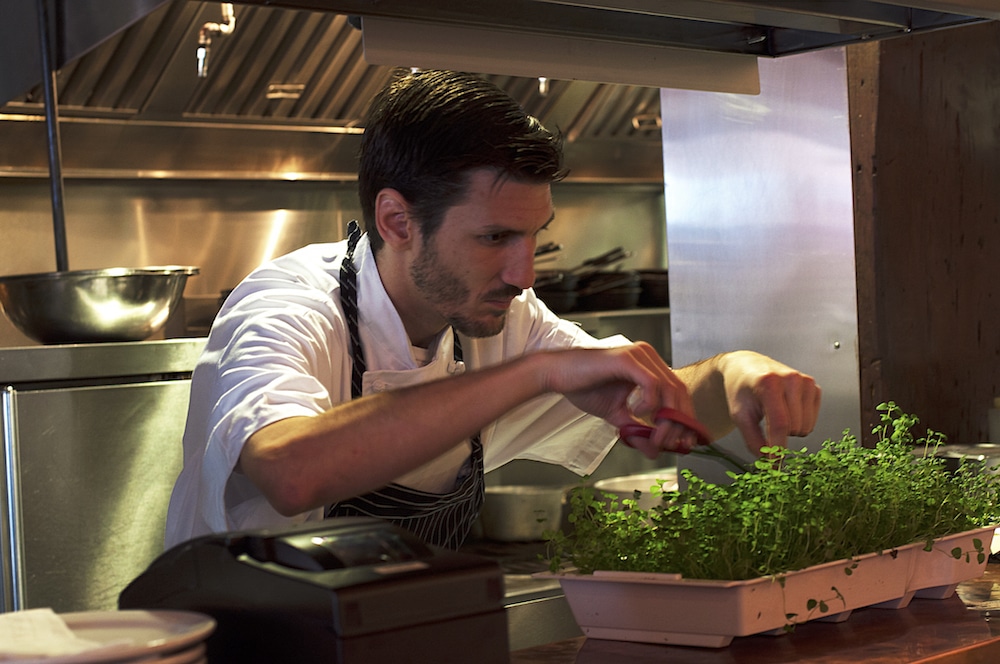 “It can really take a dish from here, to here,” said Scott of the greens that he grows in his Cultivator. “We have this dish, the braised rabbit with orzo—it’s a really good dish, but when you put in the peppery nasturtium, the sharpness of the arugula, it makes the dish even better.”
The freshness of the product is a part of the appeal, but he’s also noticed that it appeals to his patrons as well. “I walk into the dining room and I walk into the dining room and cut the herbs during dinner service, and people look over and are like, ‘oh look, there’s the chef cutting herbs.’
“It’s something people love. They love it. They love the idea of it. People are big of freshness, organic, etc. People see you cultivating your own herbs in the dining room, it creates a buzz.” 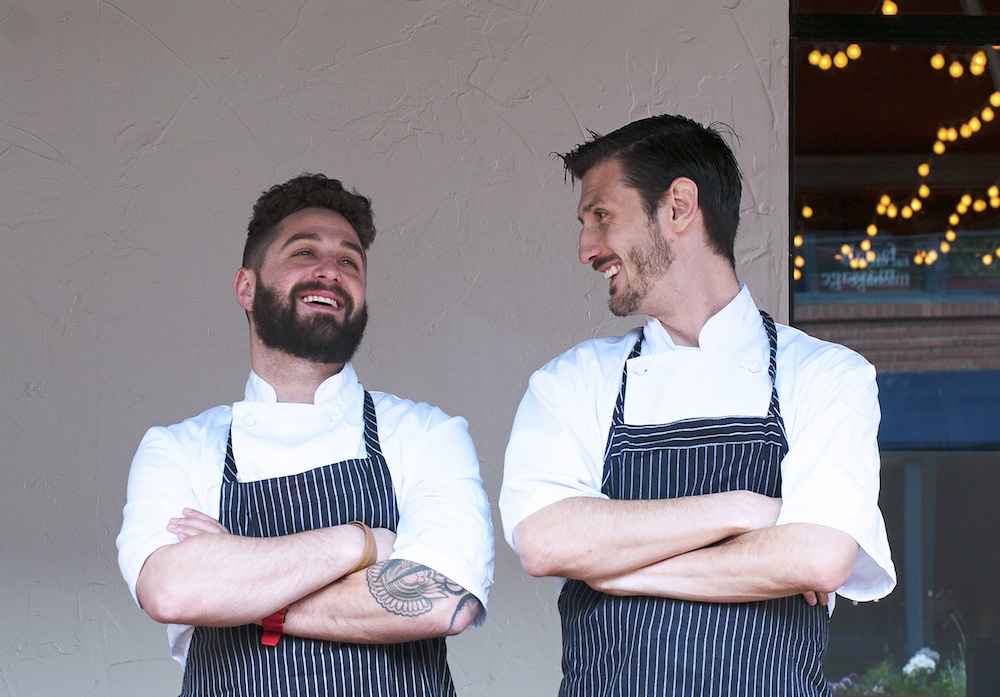 Though Iani and Scott were introduced through friends of friends, it really seems that what they have in place is and has been effective. Their dinner services—a full house every single night—stands as proof.
But according to Scott, the backbone of their success—the real secret—is the fact that everyone at the restaurant wants the same thing.
“What really makes it work is the fact that even though we come from such different backgrounds, we’re on the same page,” explained Scott.
“We want the same things. We want good food, we want a good atmosphere, we want something people will enjoy. The rest just kind of falls into place.”
Visit The Greek by Anatoli at 1043 Mainland Street in Yaletown. 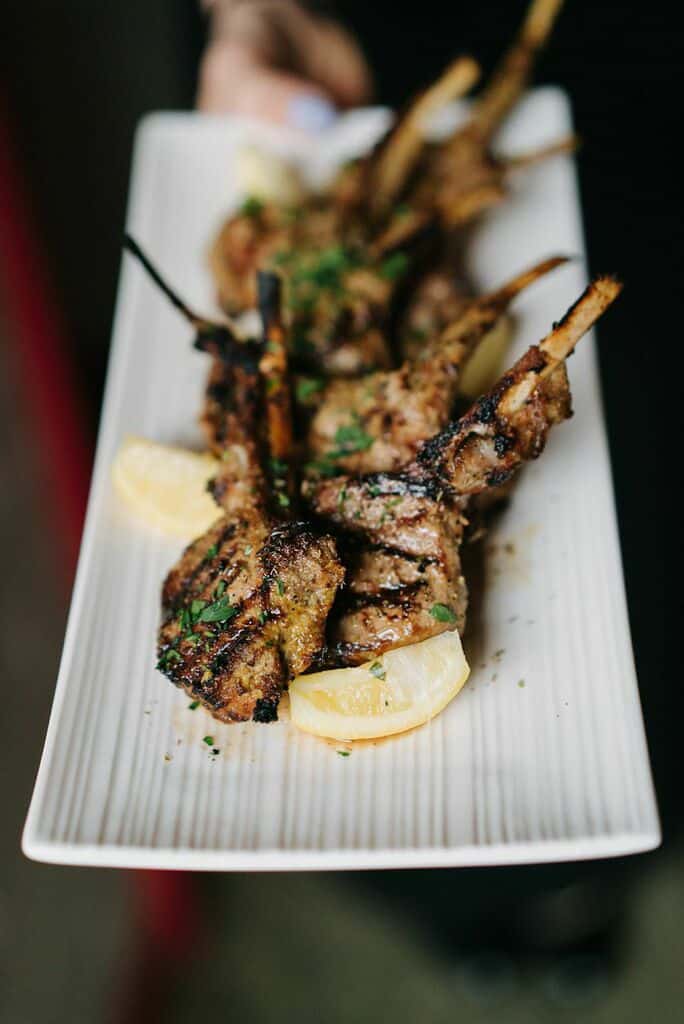