Dissecting the Perfect Smoothie: What's in a Temple Tonic?

24 Mar Dissecting the Perfect Smoothie: What's in a Temple Tonic?

Posted at 12:09h in Grow your own by Apeace
Share 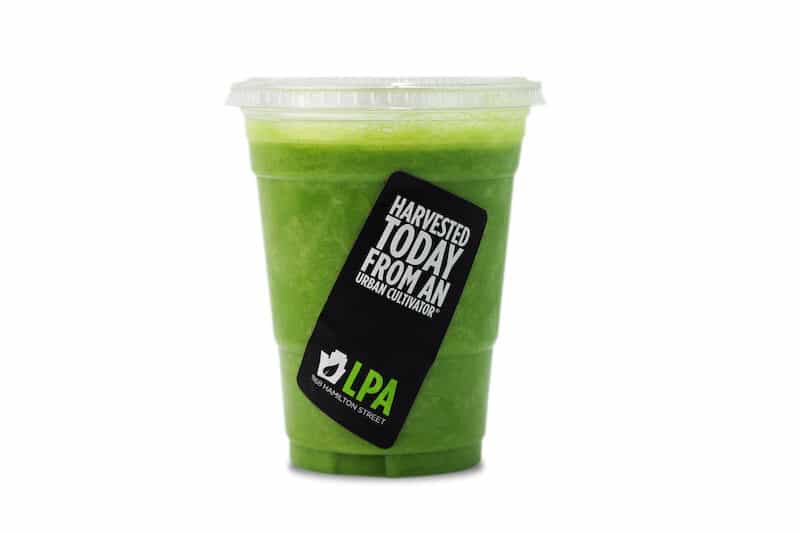 Our new storefront, Living Produce Aisle, is the very first in its kind in the entire world.
We grow fresh, healthy microgreens, vegetables, and herbs right at the space using Urban Cultivators. Those live greens are then sold by the flat, or, added to our salads or smoothies.
It’s an incredibly unique concept in that we’re growing the very food we’re selling. Not only is this never-before-heard-of concept appealing, though, but these live greens are also great for you.
One of our favorite smoothies from Living Produce Aisle is the Temple Tonic.
It’s actually one of the first smoothies Urban Cultivator ever came up with, and a staple at the Urban Cultivator headquarters.
The smooth, refreshing green smoothie doesn’t contain that many ingredients, but almost every single one of them was added to the mix with their nutritional values.
Here’s what goes into LPA’s Temple Tonic smoothie: 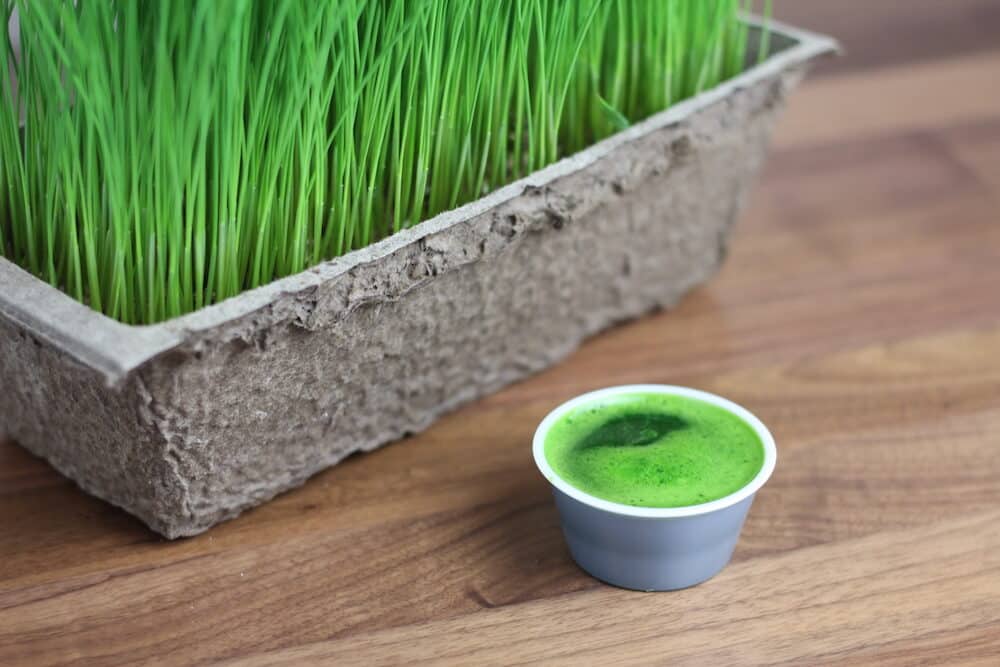 As we know by now, the health benefits of wheatgrass are many, so it’s no surprise that it’s one of the two greens that we use in the Temple Tonic.
Wheatgrass is chockfull of chlorophyll and magnesium, (which helps the body help absorb other nutrients, like calcium).
It also has anti-atherogenic, carcinogenic, and mutagenic properties that will protect your body against toxins.
Though called wheatgrass, it’s completely gluten-free, and is a great liver cleanser.
Containing more vitamin C than oranges, and twice as much vitamin A than in carrots, it’s almost more than 20 times denser in nutrients than in other standard vegetables, and rich in potassium and dietary fibres. 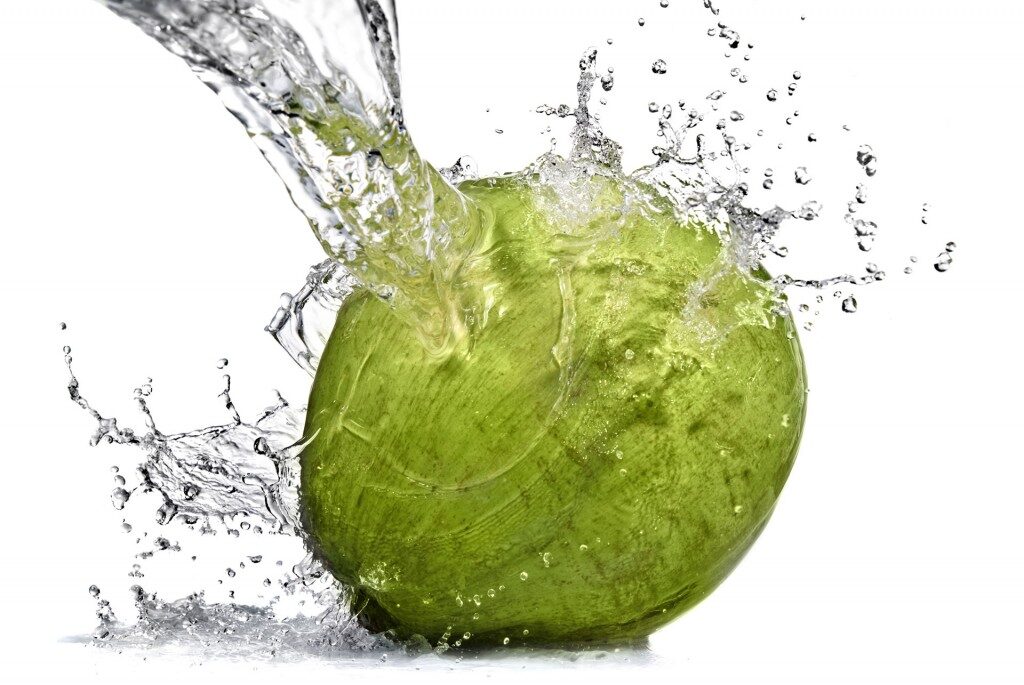 That photo alone should suggest just how refreshing coconut water can be. The rejuvenating beverage, often referred lovingly as nature’s Gatorade, contains essentially the same benefits as any generic sports drink.
It’s a natural isotonic drink that contains electrolytes, sodium, and potassium (to name a few). Of course unlike Gatorade or Powerade, those properties are all natural.
Not only will coconut water quench your thirst, but it’s a great post-workout drink. 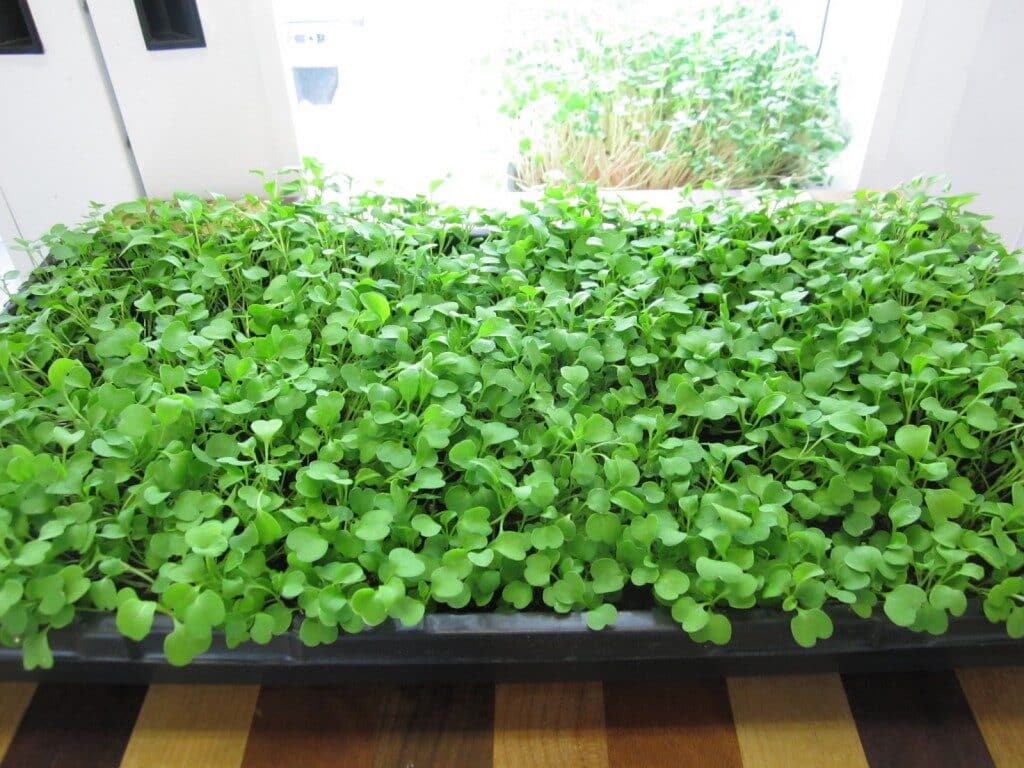 Arugula needs no introduction; it’s as ubiquitous as lettuce nowadays!
This mildly peppery plant is low in calories but packs a punch in flavor. It’s a rich source of vitamins A, C, and K, and folic acid.
Also containing high levels of minerals like iron and copper, it’s one of the best vegetables to have in your diet. 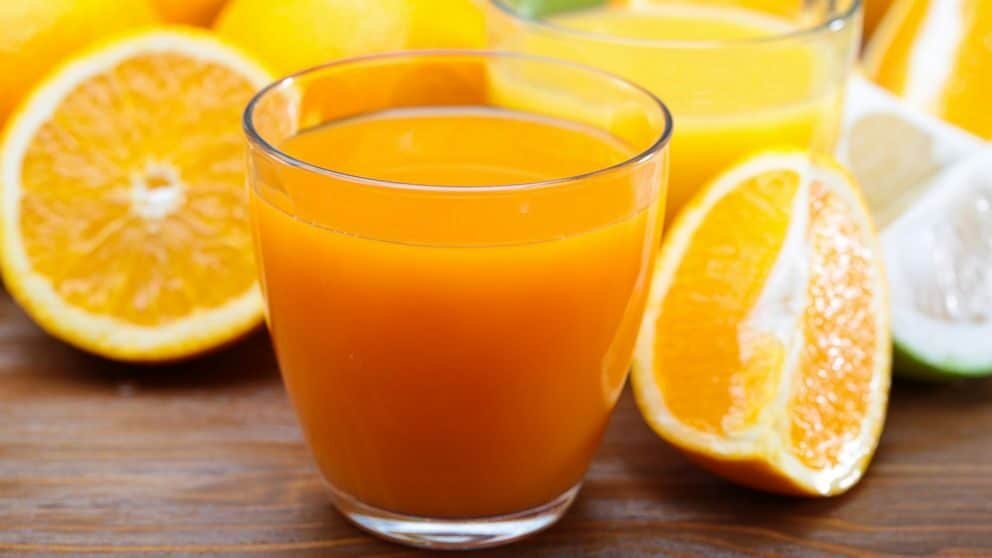 Ah, orange juice.
You grew up with this drink, and you know—on some level—that it’s incredibly good for you. You know, vitamin C and all that.
But the reason why orange juice is so great is because our bodies can’t actually synthesize vitamin C. Instead, it has to be ingested, and your daily requirements can be fulfilled by drinking just two glasses of OJ.
Orange juice can also reduce inflammation (inflammatory reactions can lead to resistance of insulin, a common cause of type 2 diabetes), balance blood pressure, lower bad cholesterol, and produce collagen.
Talk about yum.

Easy to eat and vibrant in color, bananas aren’t just good for a quick afternoon snack.
Loaded with potassium, it’s a great pre- or post-workout food that can also help sustain your blood sugar. Also thanks to potassium, they’re able to help lower blood pressure, and even protect against heart diseases
It’s also got high levels of tryptophan, which is converted by our bodies into serotonin, the neurotransmitter responsible for positive moods. This suggests that bananas can actually aid with low moods. 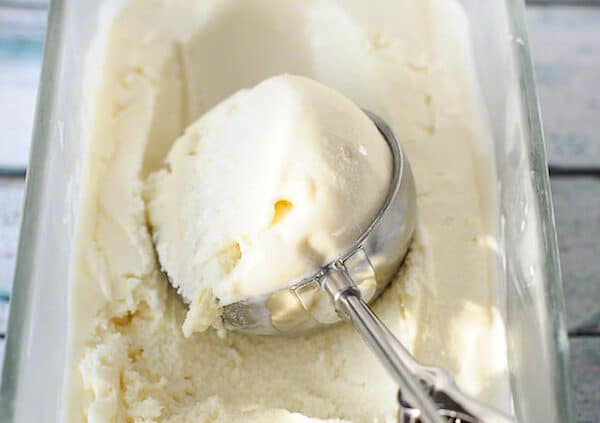 Because delicious.
But also, on top of being low in fat and amping up a smoothie, transforming it into a luscious treat, it’s loaded in minerals, including calcium, magnesium, potassium, phosphorus, selenium, and zinc.

So, add all of that together, and what do you get? One of the best. Smoothies. Ever.
Combine half a cup of orange juice and a quarter cup of coconut water with a big handful of arugula and wheatgrass, one banana, and a scoop of frozen yogurt.
Blend away, and be lost in a blissful state of smoothie heaven.
The best greens to use, of course, are greens grown in an Urban Cultivator unit because you can harvest when needed. Wheatgrass takes as little as seven days in an Urban Cultivator, and will undoubtedly transform your smoothie experience.
Got a great smoothie recipe? Tell us about it in the comments section!