15 May Learn About… Kelp

Posted at 11:19h in Urban Cultivator News by Apeace
Share 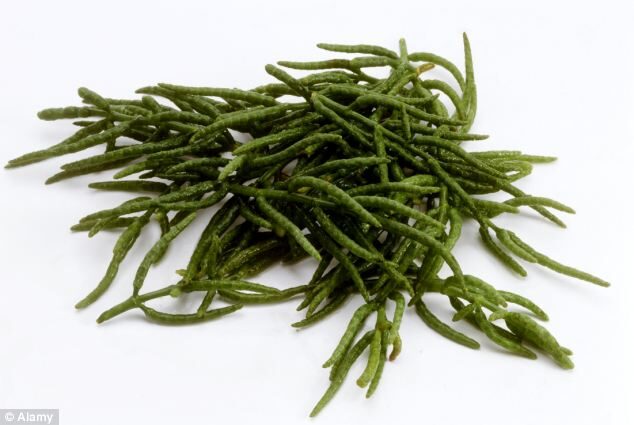 Kelp makes the ocean look beautiful, creating underwater forests, but they’re so much more than just plants that exist in the sea. Kelp, also known as seaweed, is brown algae seaweed. There are 30 different types in existence, and is believed to have existed anywhere from five to 23 million years ago.

Certain types of kelp can grow as fast as half a metre every day, growing up to 80 metres in size. They were once used to create soda ash through burning, which is where the word “kelp” comes from—it refers to these processed ashes. Most kelp grow leaf-life structures that are called blades that stem from the stipes. Kelp isn’t easy to uproot; these guys are strongly anchored into the ocean floor. Some strains also grow gas-filled “bladders” at the base of the blades, grown in order to keep the blades close to the surface.
Kelp primarily grow in shallow, nutrient-dense waters, and is packed with magnesium, iron, iodine, and calcium. It’s often consumed for its health properties that benefit bones, skin, and hair. Iodine promotes proper thyroid functioning; the gland helps your body regulate energy. 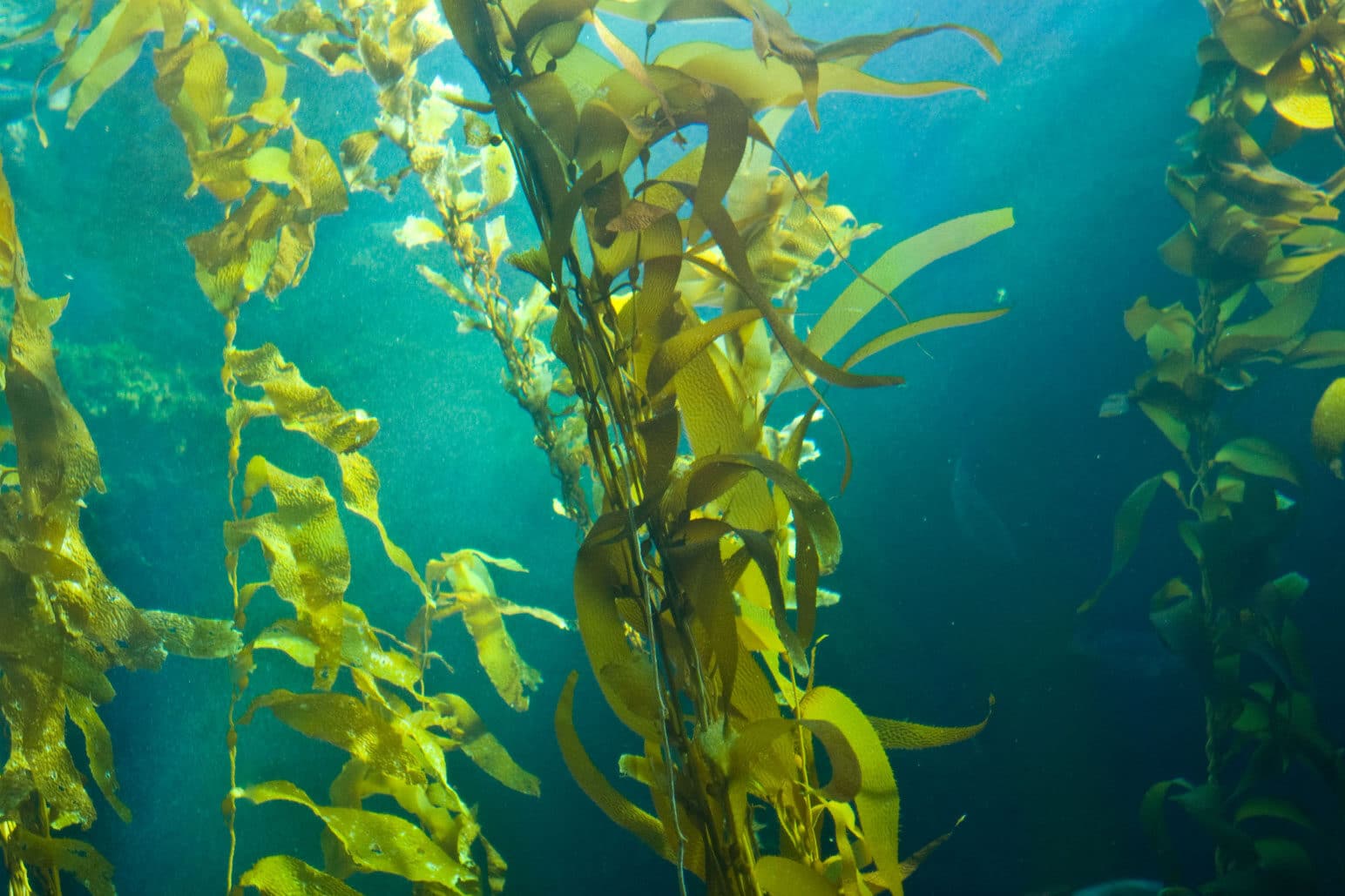 In the early 19th century, Scotland burnt so much kelp for soda ash (sodium carbonate) that it was one of the country’s principal industrial sources. Nowadays, kelp is used in many types of cooking, and parts of it (such as alginate and alginate powder) are used for such things as thickening ice cream, jelly, and toothpaste, or for dentists to make impressions of your teeth.
Kombu and other types of Pacific species of kelp is very important to Chinese, Japanese, and Korean cuisines, used to flavor food like in broths and stews, as garnish, or as a snack.
Want to try kelp? Check out the recipes below! 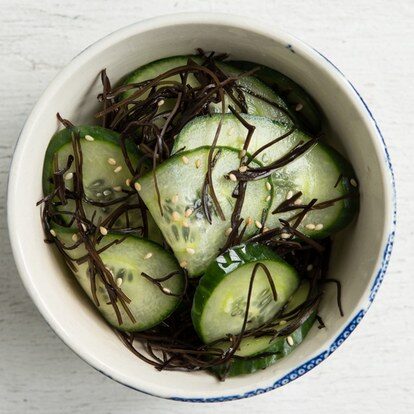 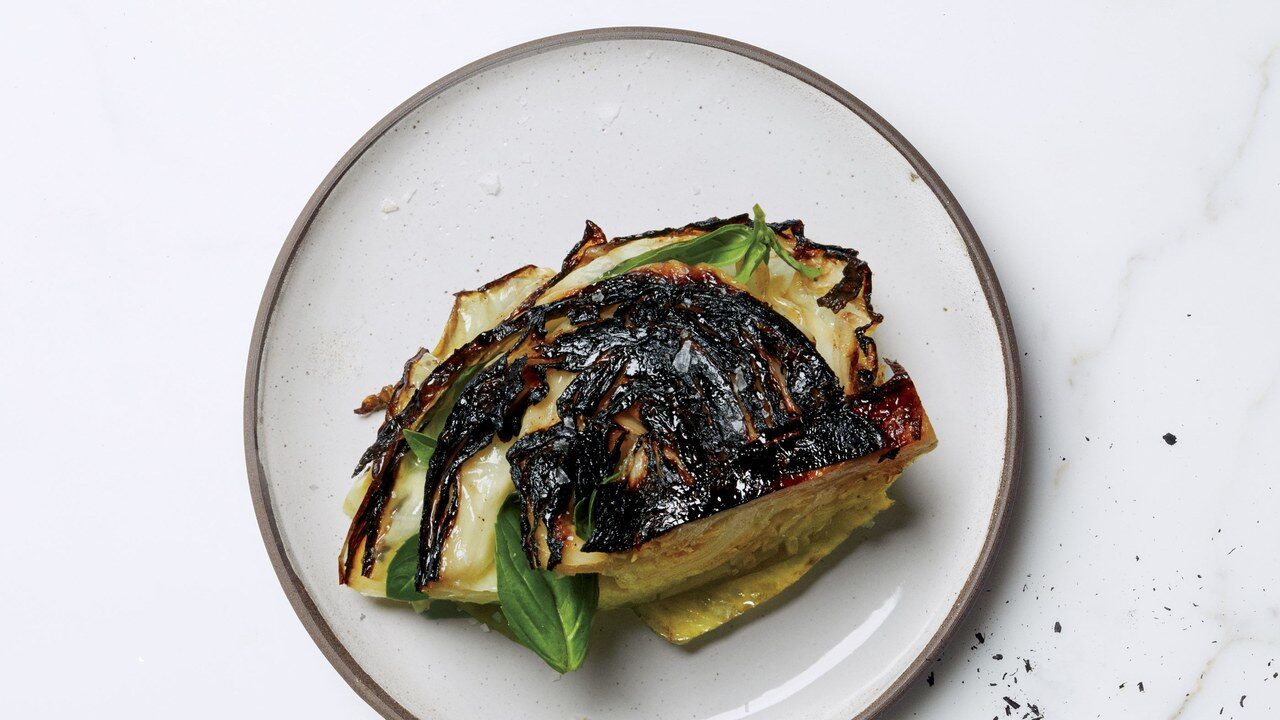 Ingredients
2 1-inch pieces dried kombu
1 tablespoon grapeseed oil
1 medium pointed cabbage or green cabbage (about 1½ pounds), outer leaves removed
4 tablespoons (½ stick) unsalted butter
10 basil leaves
2 teaspoons apple cider vinegar
Kosher salt
Method
Grind kombu in a spice mill or with a mortar and pestle to a fine powder. (You should have about ¾ tsp.) Heat oil in a medium heavy skillet (such as carbon steel or cast iron) over medium-high and add half of cabbage, cut side down (reserve remaining half for another use). Cook cabbage, undisturbed, until underside is almost blackened (the edge of the sides will start to brown as well), 10–15 minutes.
Reduce heat to medium-low, add butter to skillet, and shake pan to help butter get in, around, and under cabbage. As soon as butter is melted and foaming, tilt skillet toward you and spoon browning butter over cabbage, being sure to bathe the area around the core (thick and dense, this part will take the longest to cook), 30 seconds. Stop basting and let cabbage cook, undisturbed, 3 minutes, then baste again, 30 seconds more. Repeat cooking and basting process twice more (butter will continue to get darker as it cooks, and that’s okay; add a knob or two more to bring it back from the brink), adding kelp to brown butter just before final basting. At this point, cabbage should be tender (a cake tester or skewer inserted into the core should meet with no resistance) and the outer leaves have pulled away from one another. If cabbage is not done, repeat cooking and basting process once more.
Transfer cabbage to a cutting board and cut into two quarters. Pull leaves open slightly and tuck basil here and there between a few leaves. Drizzle with vinegar and season with salt. Let cabbage sit a minute or two for basil to soften before serving.

Kelp is one way to get some of the nutrients that your body needs. Growing your own food is another great way to ensure that you are eating well. With an Urban Cultivator, you can grow are wide variety of microgreens and herbs to make the most out of every meal.
How do you like to enjoy kelp? Let us know in the comments below!