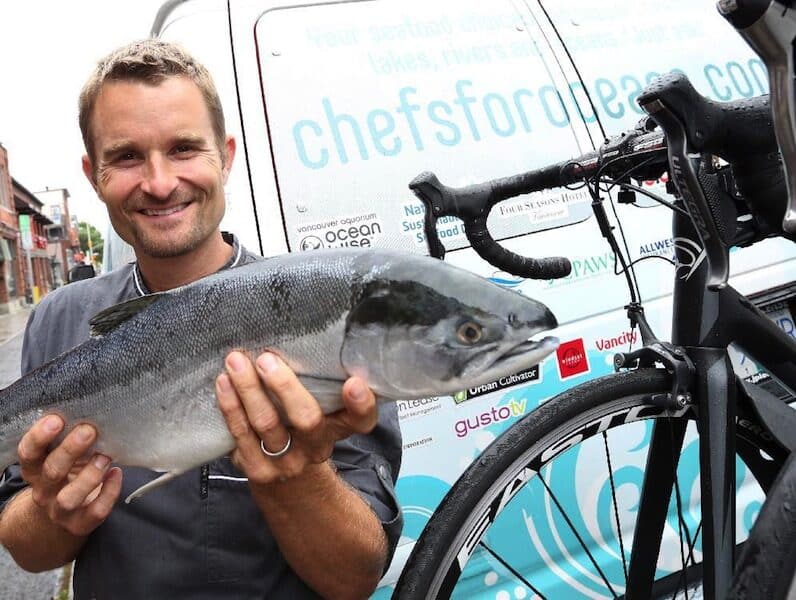 Not long ago, Chefs for Oceans founder and Executive Chef at YEW restaurant + bar Ned Bell embarked on a cross-country cycling trip in order to raise support for sustainable seafood.

After a trying 8,700-kilometre, 72-day journey from Canadian coast to Canadian coast, he’ll be concluding this amazing effort in Vancouver on September 12 at the Four Seasons Hotel Vancouver.
Celebrate with Chef Bell and sample sustainable seafood dishes alongside local chefs such as Rob Clark of the Fish Counter, Frank Pabst of Blue Water Cafe, and end the night with some of the best gelato in the world courtesy of James Coleridge of Bella Gelateria.
All proceeds from ticket sales, which are $40 each, will go directly to Chefs for Oceans.
Purchase tickets for the Vancouver event here, and check out some other ways you can support Chef Bell’s aim to promote sustainable seafood below.

We look forward to seeing you there!