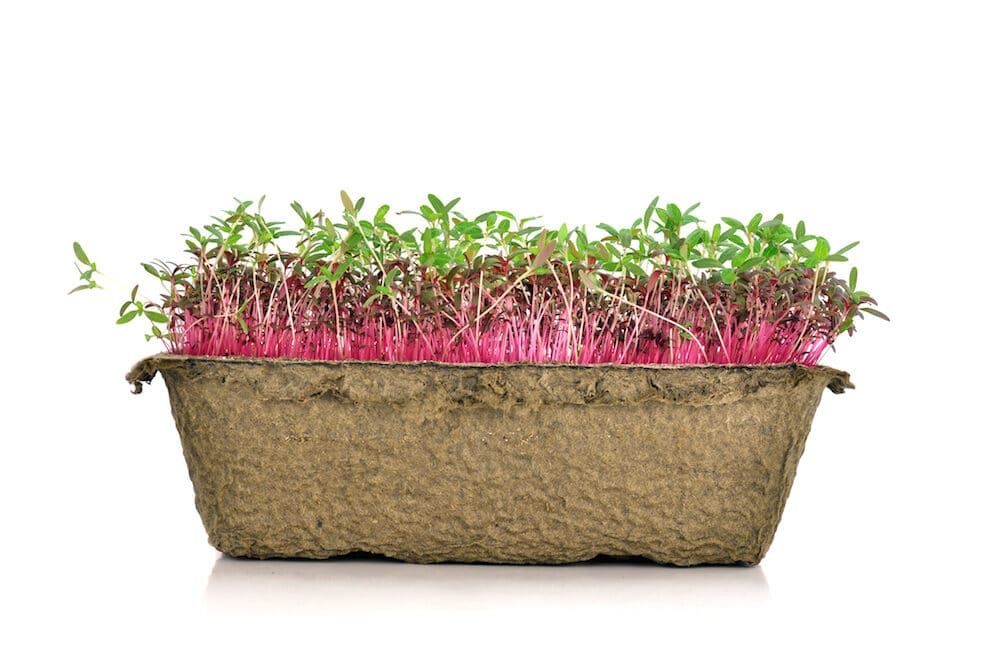 Posted at 09:30h in Herbs & Greens by Apeace
Share

Amaranth is definitely one of the lesser known microgreens, but you may have encountered it in its seed form.
It’s an annual or perennial plant that grows around the world. There are roughly 70 species, some that grow to become purple, red, green, or gold.
They’ve been around for a very long time, consumed by the pre-Columbian Aztecs, who referred to it as huauhtli. In fact, amaranth may have been 80% of their diet at some point.
Amaranth seeds were also used in ancient rituals and celebrations, specifically for a unique festival called Huizilopochtli, which means “left-handed hummingbird,” named so because hummingbirds draw nectar from amaranth flowers.
The festival was held in December, and people used amaranth seeds (as well as honey) to create a statue of one of their gods. The festival also consisted of singing, dancing, praying, and even human sacrifices.
After the Spanish conquest, the Huizilopochtli was no more.
Nowadays, amaranth seeds are still very popular snacks in Mexico. 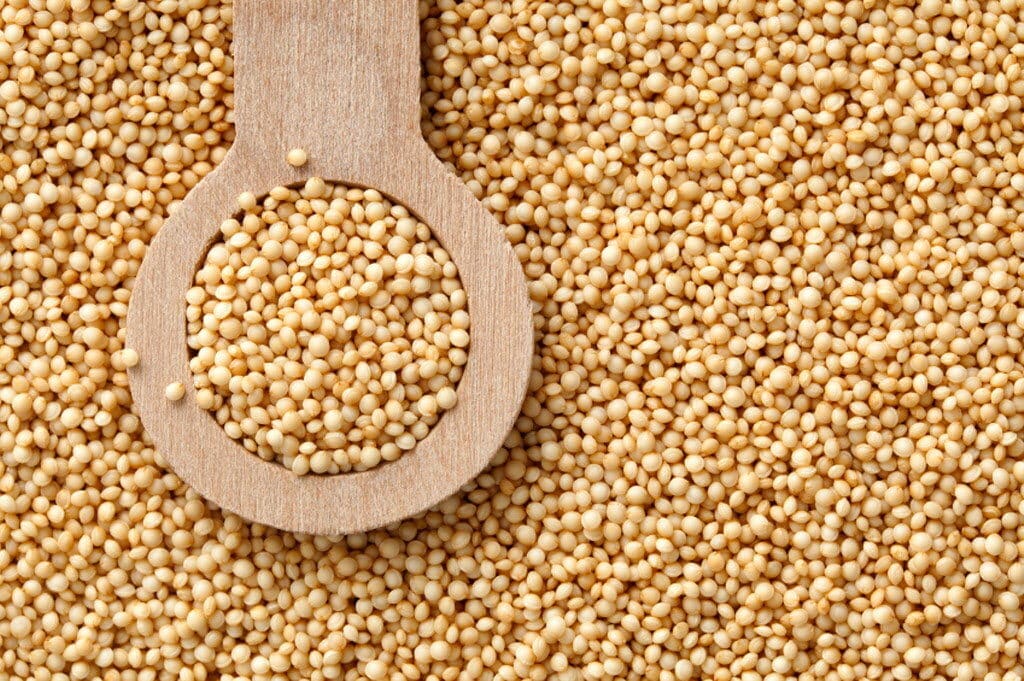 The nutty ancient seed is similar to quinoa, and just like quinoa, is packed with protein. It can be prepared in a number of ways, from boiling to popping, and can even be had for breakfast as cereal.
Yes, it’s one of those super “grains”!
Compared to rice, amaranth has almost 30% more protein. In addition to protein, it’s also rich in lysine, an essential amino acid.
When planted, amaranth grows beautifully lush ruby red leaves (though sometimes also grows to become green or even gold), and is often eaten in its leafy form in Asia, often cooked in stirfries, soups, curries, and daals.
Amaranth is also grown in Africa, where nutritional food may be scarce in certain parts of the continent.
Because of its vibrant red flowers, amaranth can also be used as a dye, originally by the Hopi tribe. 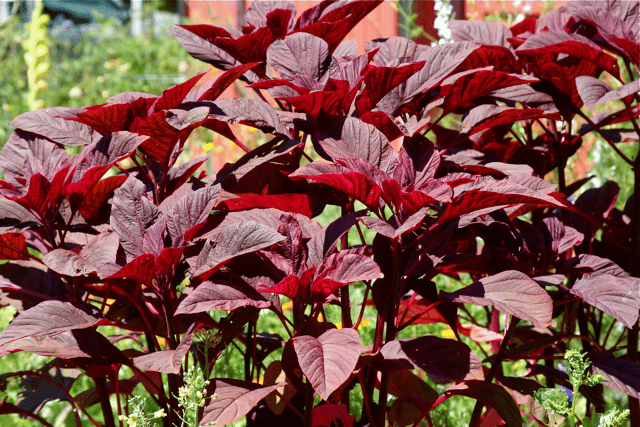 In terms on nutritional content, amaranth (both seeds and leaves) are packed with thiamine, niacin, calcium, potassium, iron, manganese, zinc, and copper, and its leaves are a good source of vitamins A and C and folate. As well, its seeds are a great source of dietary fibre.
Because it’s gluten-free, those who have celiacs disease may use amaranth leaves as a great source of protein.
The seeds also have the ability to relieve hypertension and reduce the risk of cardiovascular disease, blood pressure, and cholesterol levels.
Try amaranth in these unique recipes! 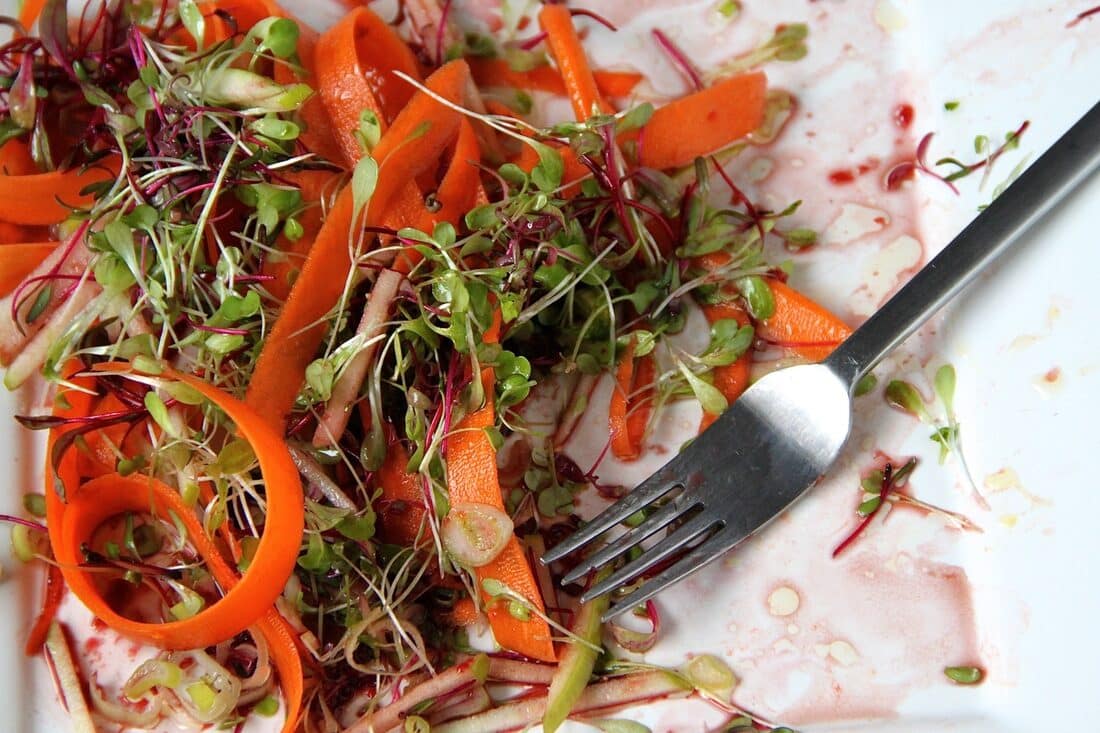 Ingredients
1 carrot, large, peeled and shaved
1 green apple, julienned – 1
1 kale Leaf – 1, Finely Chopped
1 spring onion – 1 Small, thinly Sliced
Handful of amaranth micros
For vinaigrette:
1 tbsp blood orange juice
1/2 tbsp olive oil
Salt and pepper to taste
Method
Arrange by layers starting with a bed of finely chopped kale then the apple, then carrots, and top with the amaranth which will cascade down over all.
Drizzle with blood orange vinaigrette over all.
Enjoy! 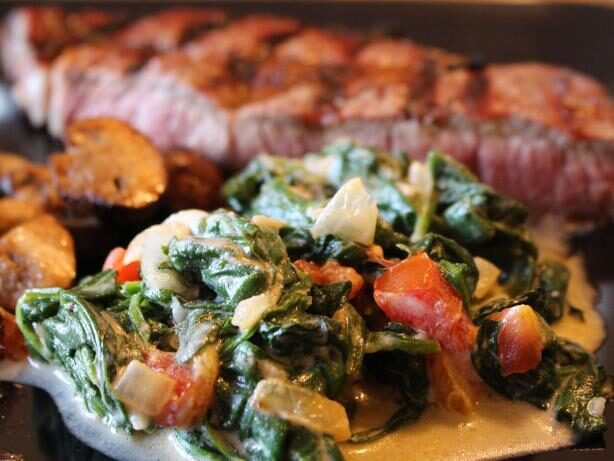 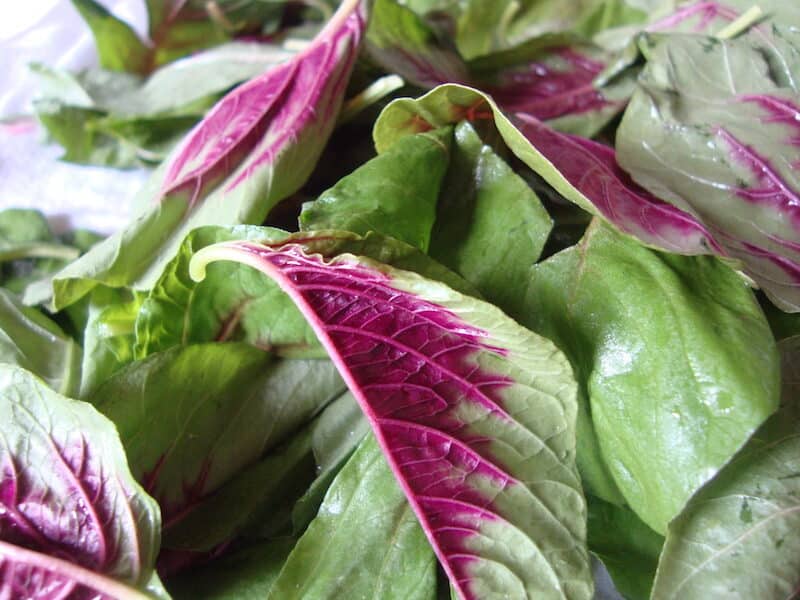 Amaranth is one of the easiest micros to grow in an Urban Cultivator.
It only takes around 14 days to grow, and because an Urban Cultivator takes care of the watering, lighting, and temperature, it’s a mess-free and simple micro to grow!
What do you like to do with amaranth? Let us know in the comments section!