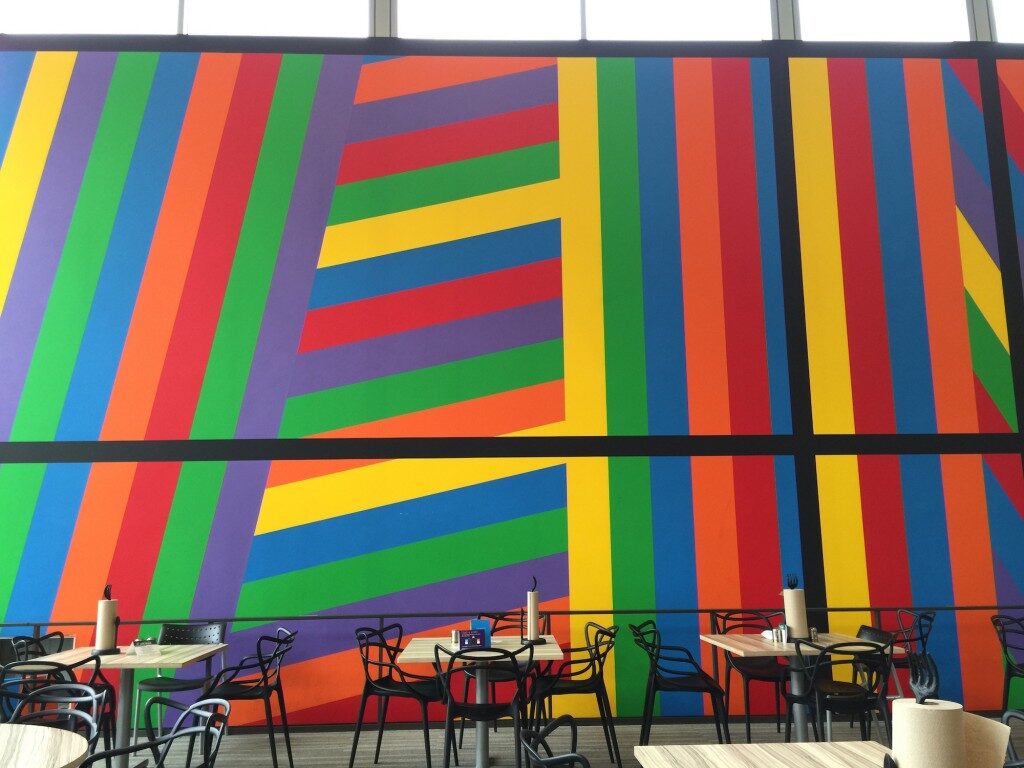 Posted at 10:18h in Our Company by Apeace
Share

A few months ago, I was privileged with the opportunity to dine with Mark Freeman, Senior Manager of Global Employee Services at Microsoft. Both of us were in Milan, Italy for the World Fair, and our mutual friend Eric Salmond from Compass group found out we were all in the same place and organized a meeting of the minds.
After over two years of increasing expansion of Cultivators throughout the Redmond, Washington Microsoft campus, as well as other global Microsoft Campuses, the opportunity to discuss further collaborations was set.
What a wonderful meal we had, highlighted by stimulating conversation that ran the gambit from maximizing nutrition in food to current environmental challenges we face and how we can overcome them. Around dessert, Mark had brought up a program at Microsoft called The Garage that he felt could be mutually beneficial.

According to Mark, The Garage was established years ago with a goal to help collaborations between Microsoft and other companies or projects that there engineers were interested in advancing. This not-for-profit meeting of the minds sounded like a great opportunity, and so, we set a date. 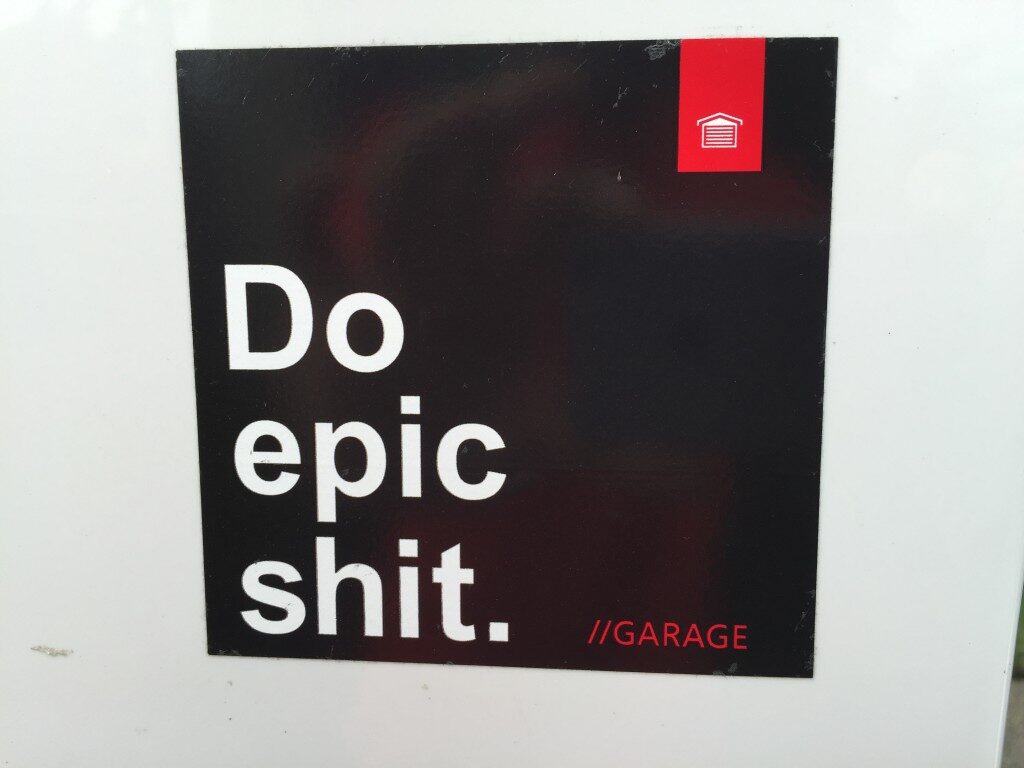 Prior to checking out The Garage, we were given the royal treatment with a thorough tour of the almost 120 buildings that make up the Microsoft City in Redmond. With our Cultivators spread throughout to brighten up the campus, we were proud to see them producing brain food for the Microsoft employees. 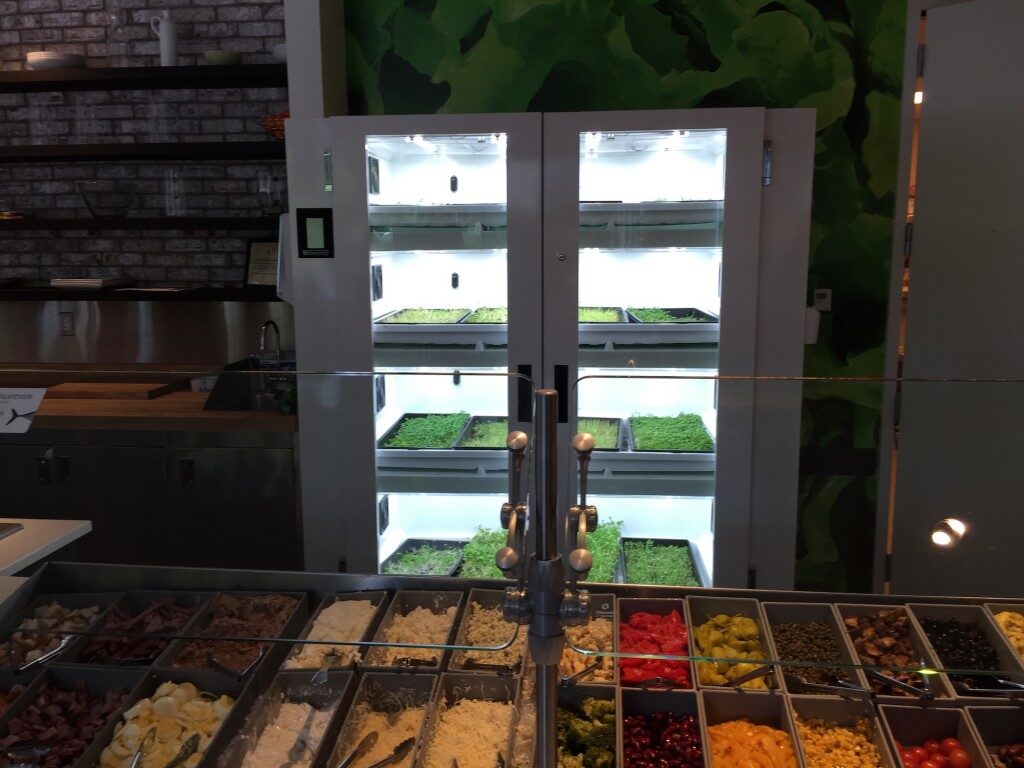 After the full day tour, we met in the presentation room to explain who we were and what direction we were headed in as a company. To say I was intimidated is a serious understatement. You should try giving a PowerPoint presentation to a room full of some of the smartest engineers and professionals in the world… who also just so happened to have created PowerPoint. It’s a character builder for sure.
After a mini panic attack, my new friend and head of The Garage and Senior Quality Engineer in Corporate Business Excellence at Microsoft, Todd Rawlings, gave me some reassuring words and passed me the mic.
The synopsis of my message was simple: how can we collaborate together to further enhance our products so we can help lower our carbon footprint? After the presentation, we enjoyed a lovely meal and riveting conversation on how we can start the ball rolling on evolving further with the end goal of being able to feed people more nutritious food all the while, improving sustainability.
Meeting Todd Rawlings and his crew has been a huge blessing and we can’t thank them enough for all the kindness shown. Collaborations and conversations are continuing as I type this, and we look forward to announcing the fruits of our Garage collaborations shortly. 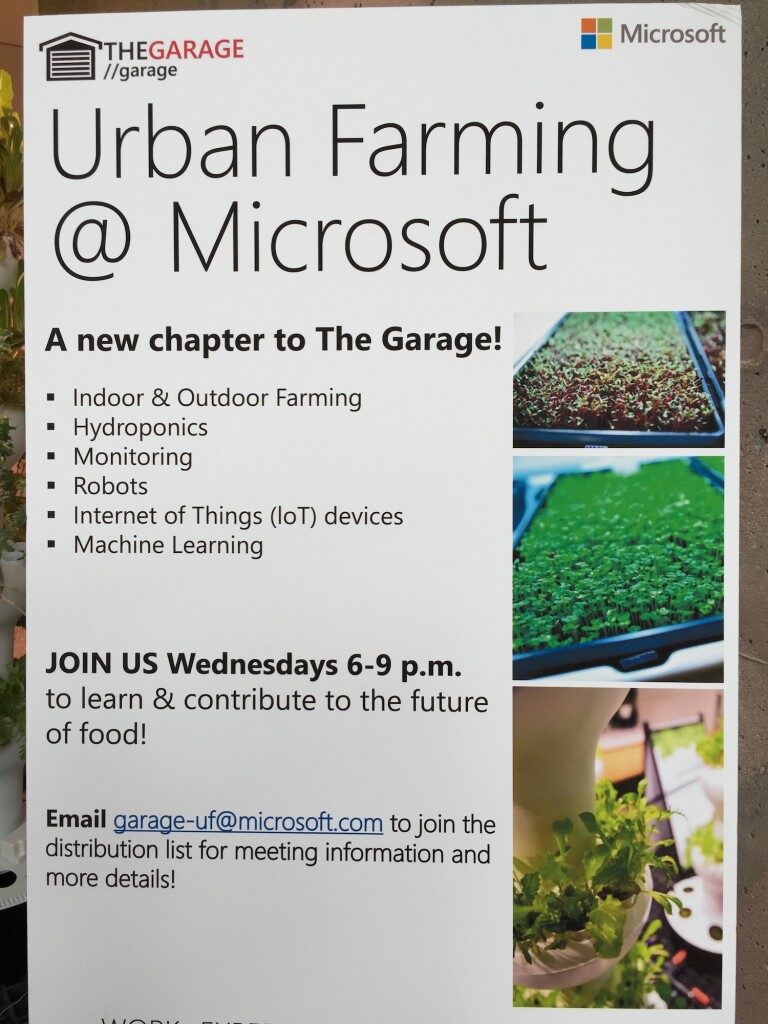 Until next time!
Tarren Wolfe