UC Abroad: India and The UAE

Posted at 09:24h in Our Company by Apeace
Share 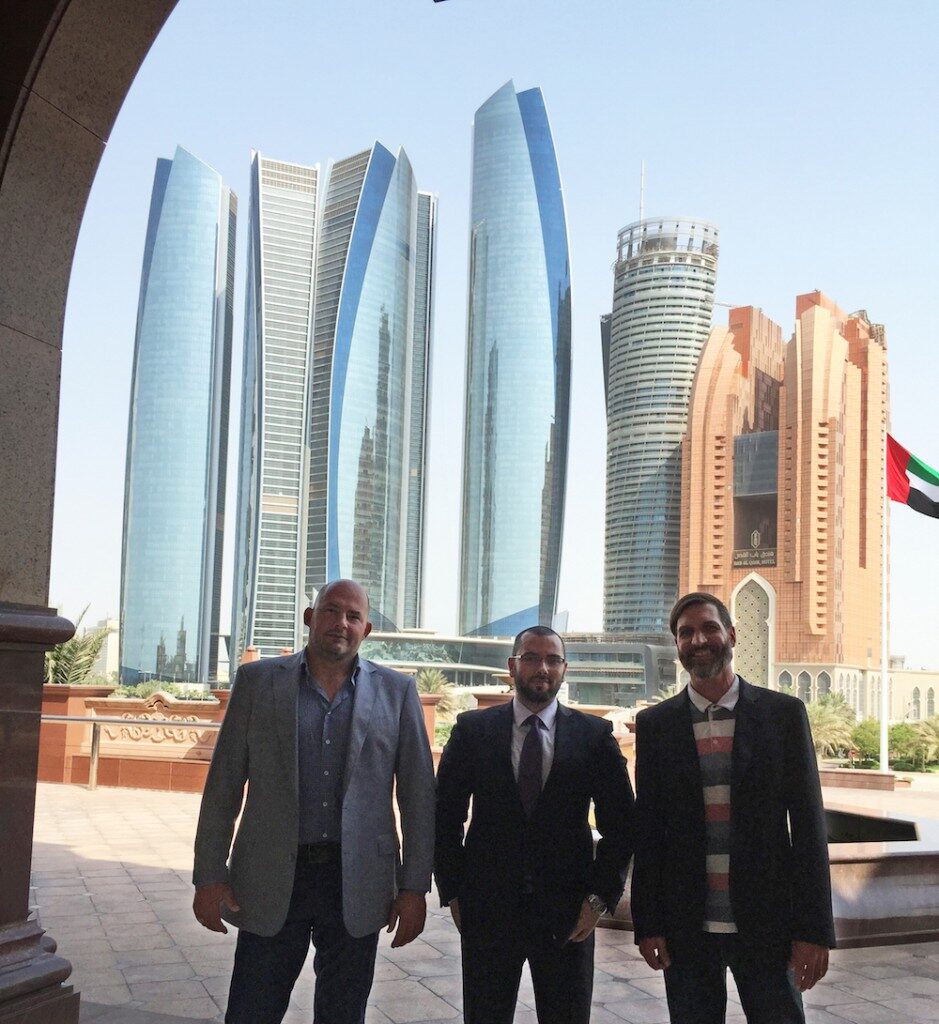 The beauty of a business is that any sort of collaborations aren’t finalized in just one meeting.
It can be frustrating for some, but you see, there also comes benefits to this: travelling. 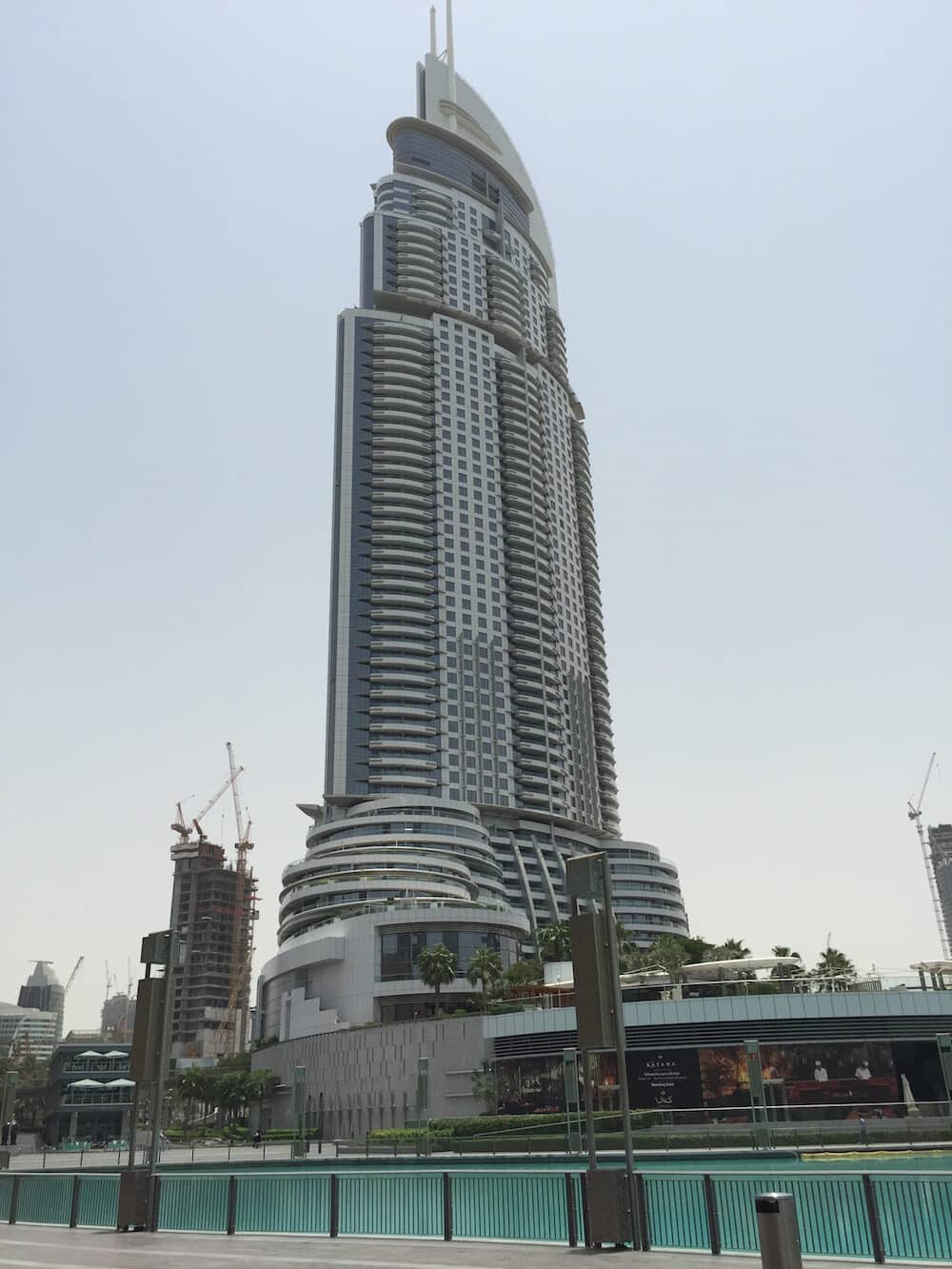 Urban Cultivator’s Director of Sales Glen Sharpe and I got to visit the UAE again, and let’s just say neither of us were complaining. 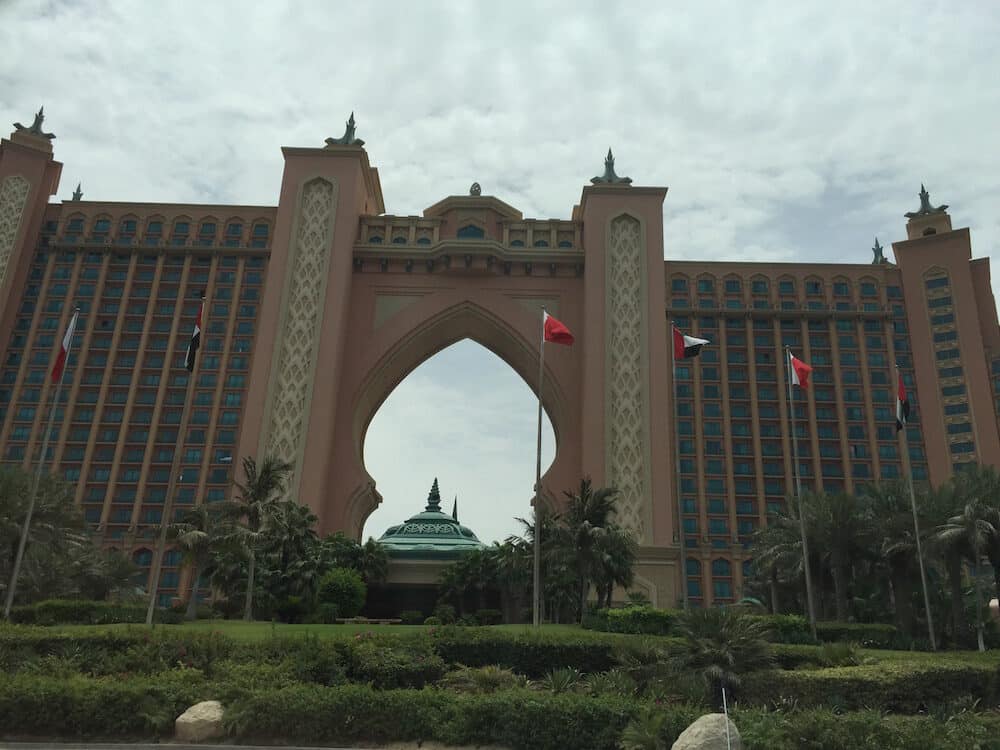 The coolest thing about Abu Dhabi is how it’s constantly progressing. Compare what it is now to what it once was in the ’70s… 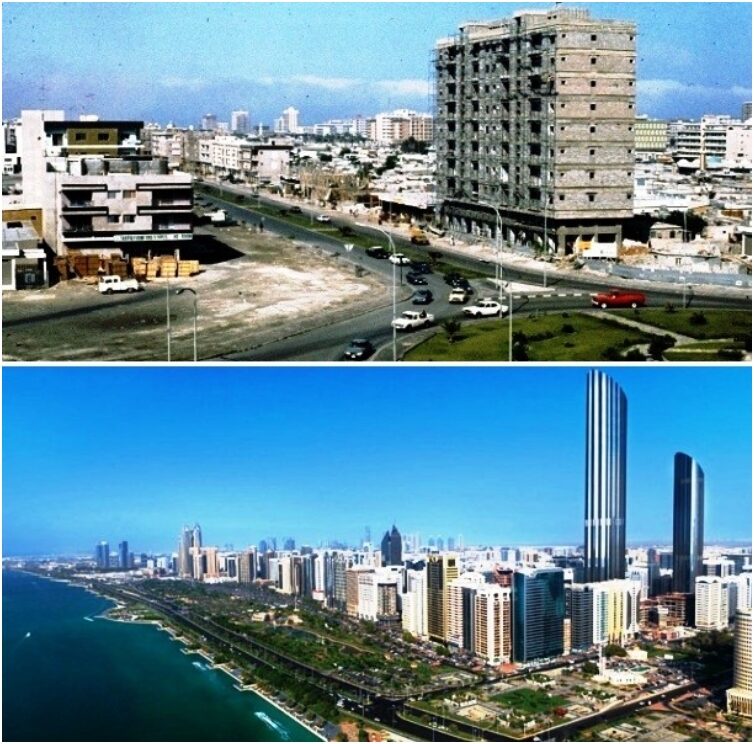 It’s really amazing, isn’t it? The honorable Zayed bin Sultan Al Nahyan had the insight and ambition to see this economic powerhouse rise to what it currently is.
Anyway, this trip around, we met with Abdallah, the head honcho over at Global Catering (a company under the Al Saquer group). 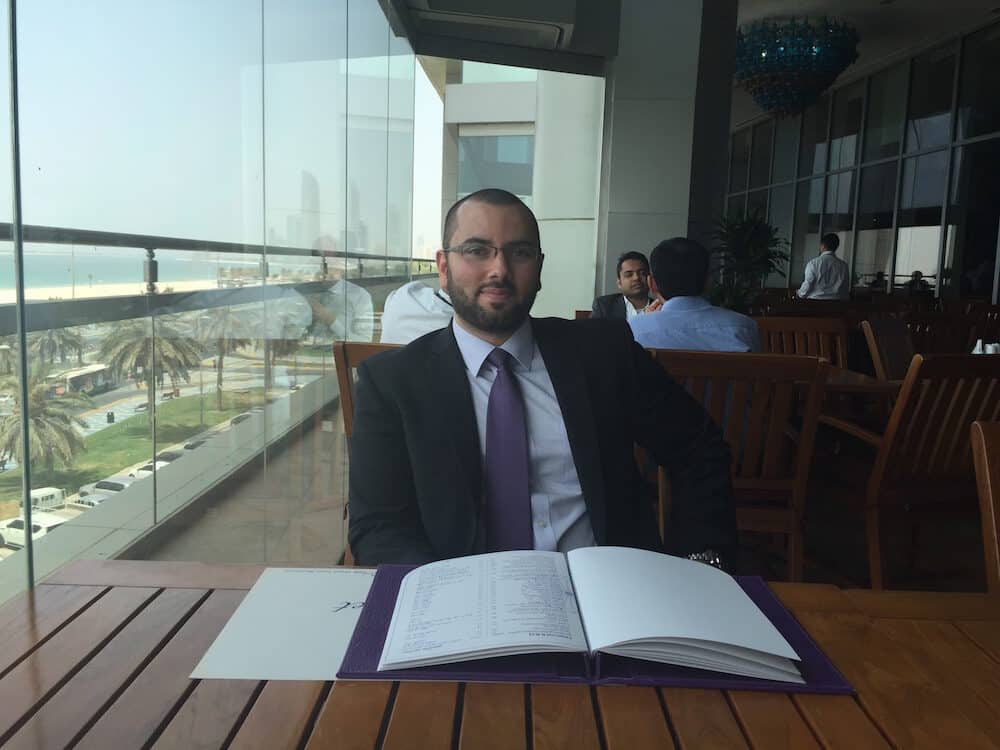 This is Abdallah. Talk about cool. 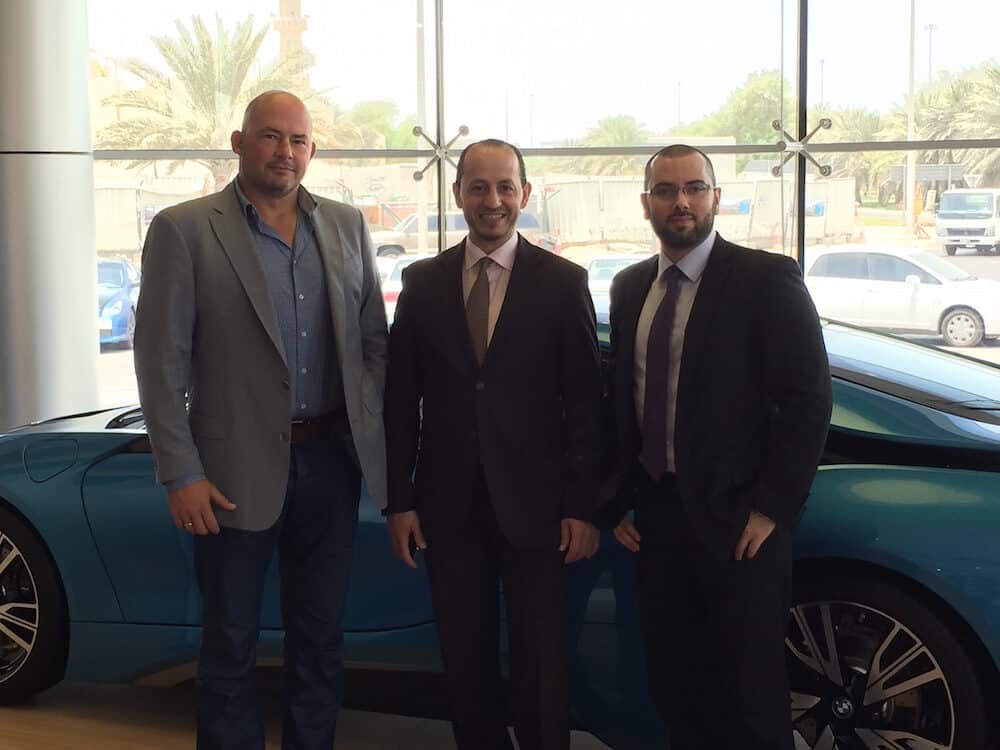 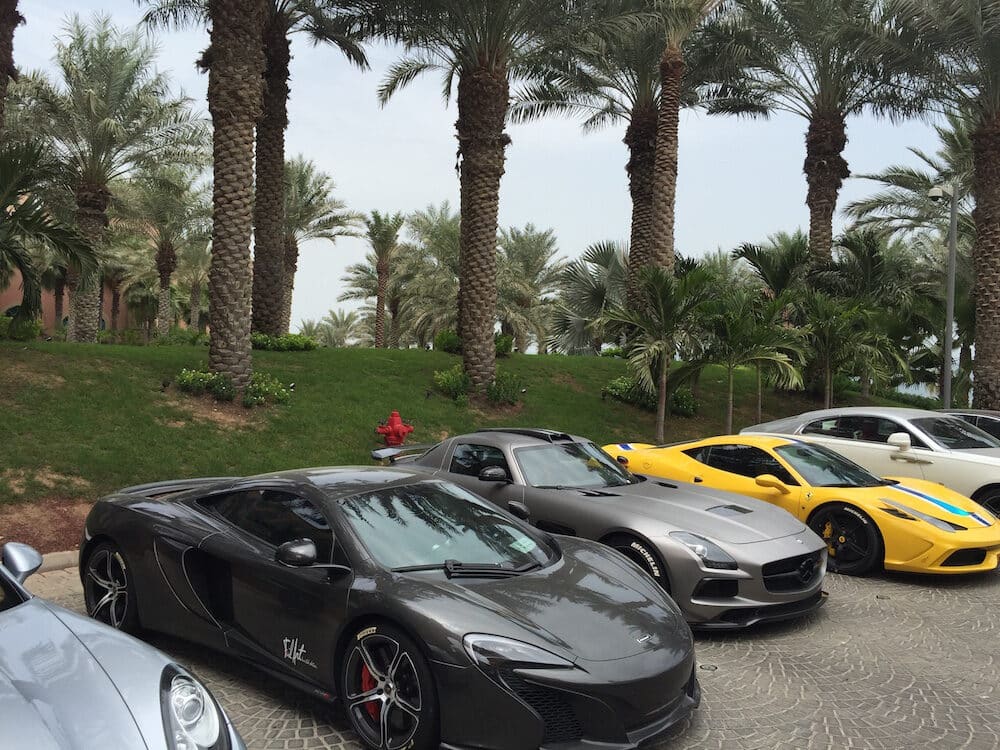 Fancy sports cars were literally everywhere. These speed monsters were in front of one of the luxurious resorts we visited to show off our Urban Cultivator Commercial units and their killer R.O.I., especially considering that many resorts in the UAE need to import fresh produce. 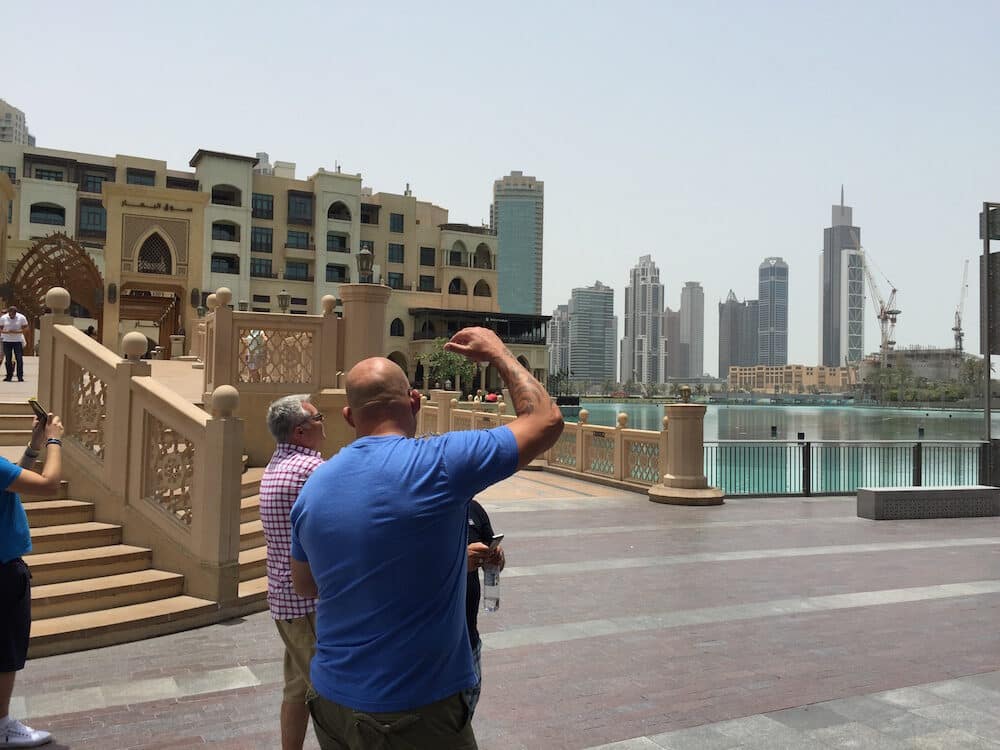 Our tour of the UAE continued in Dubai, alongside Eric Salmond of Compass, who is in charge of all global Microsoft accounts and works with Microsoft campuses around the world. He joined us on our trip to help further development with Compass and Microsoft India and Microsoft UAE. 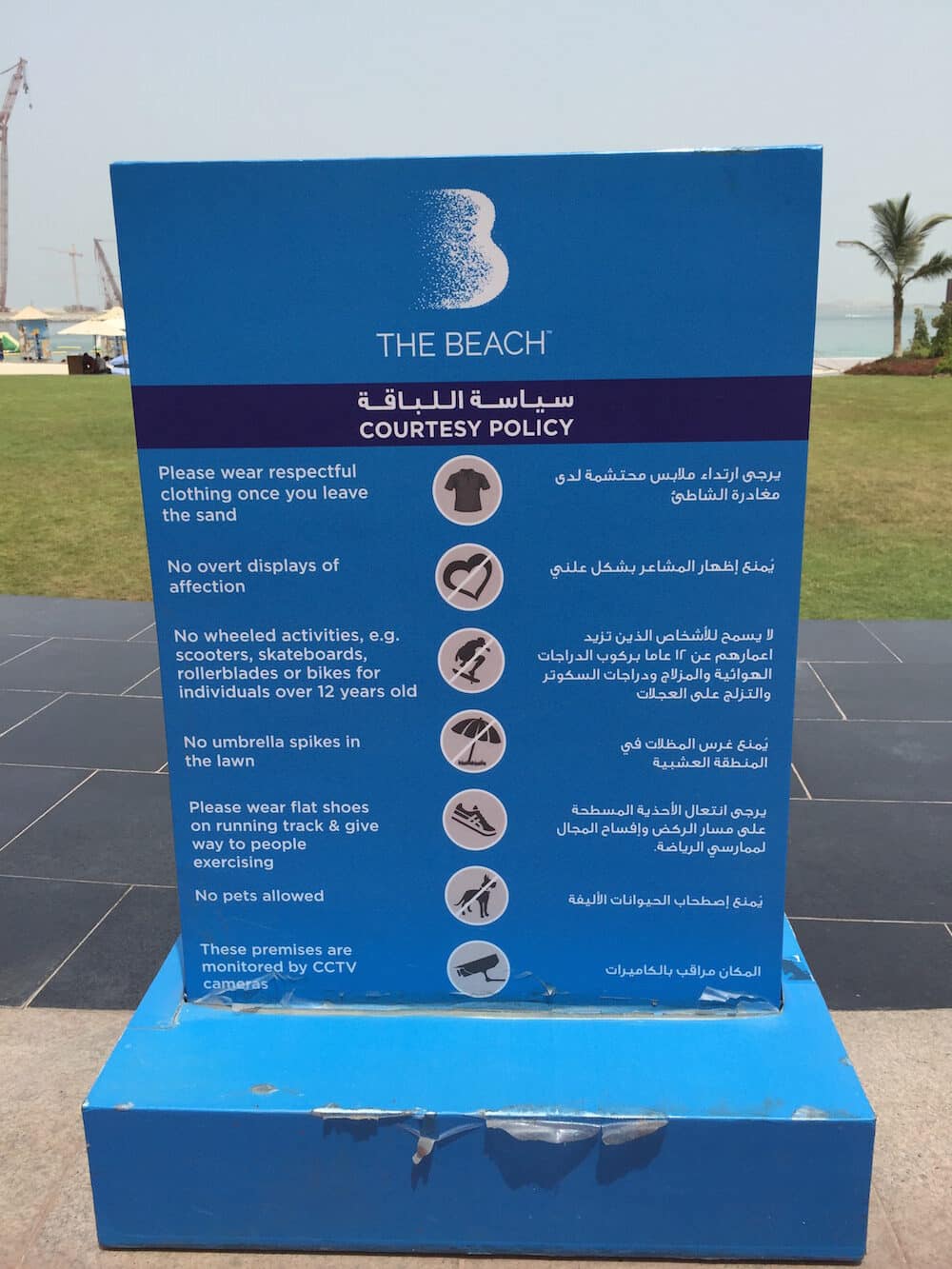 When I travel, I do my best to keep an open mind. It’s important to me to respect the cultures of others. This sign gave me a good laugh, though. Good thing Glen and I weren’t showing overt signs of affection! (But I really had to fend Glen off of me.) 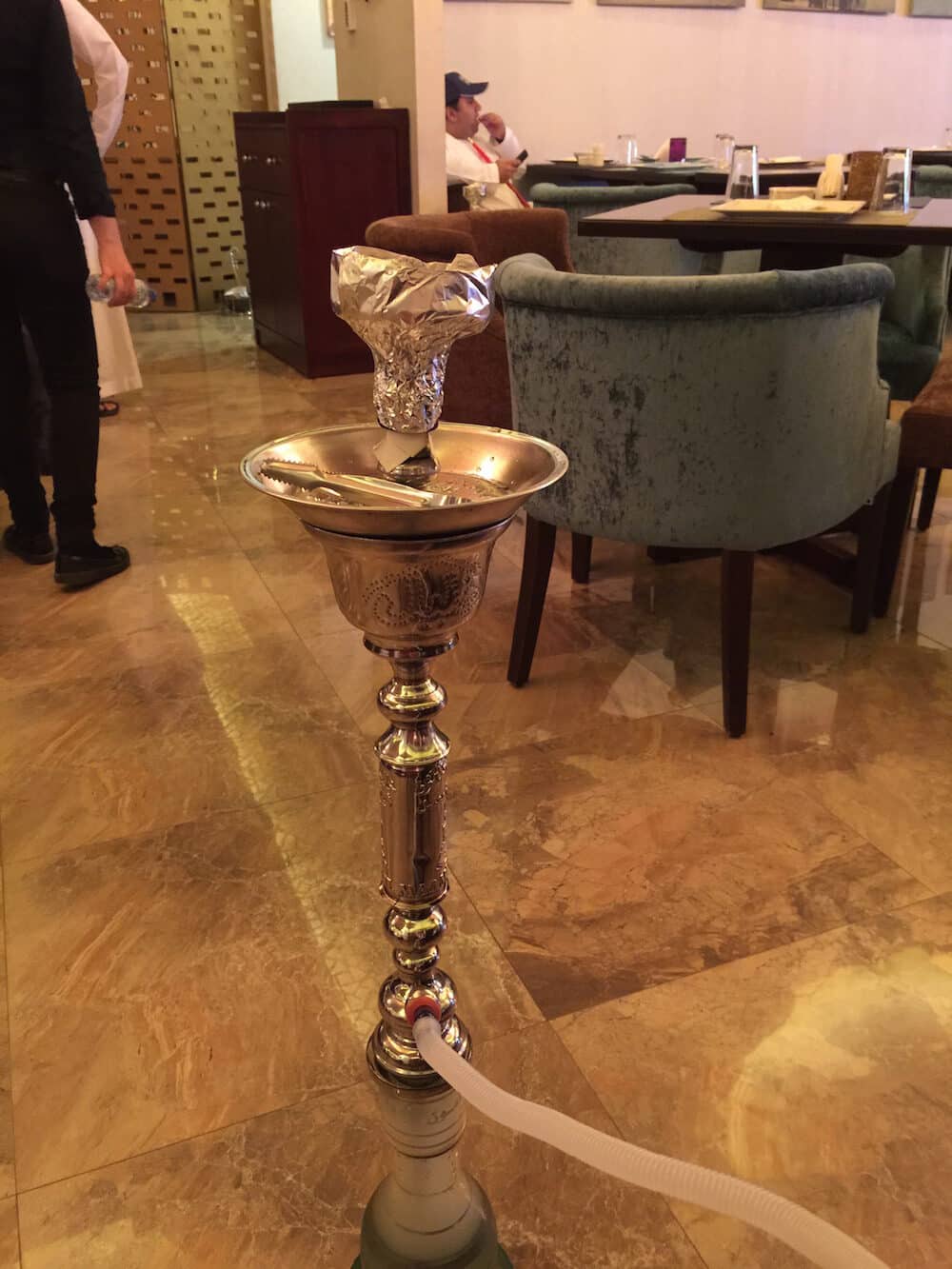 Speaking of tradition, shisha, or hookah, is a huge part of their tradition. It’s nice to be able to discuss progression and business over an afternoon shisha. Love their style!
Here’s another thing that you’d only see in the UAE: a gold ATM. 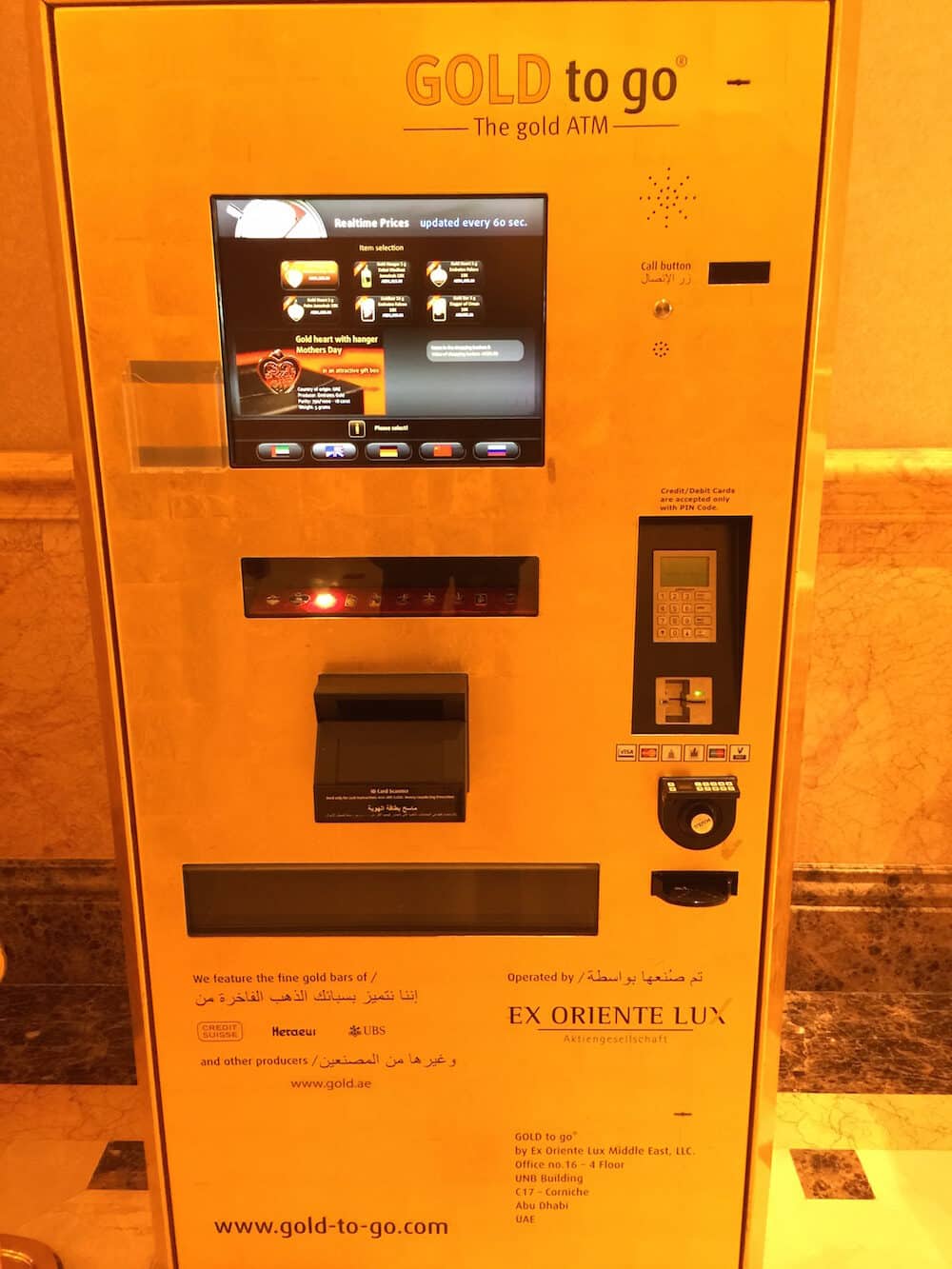 Yes, that’s right. An ATM machine. For gold. We saw this at one of the fancy hotels in Abu Dhabi that was on the Sheik’s property.
All I could think about is how heavy it’d be after making a withdrawal. 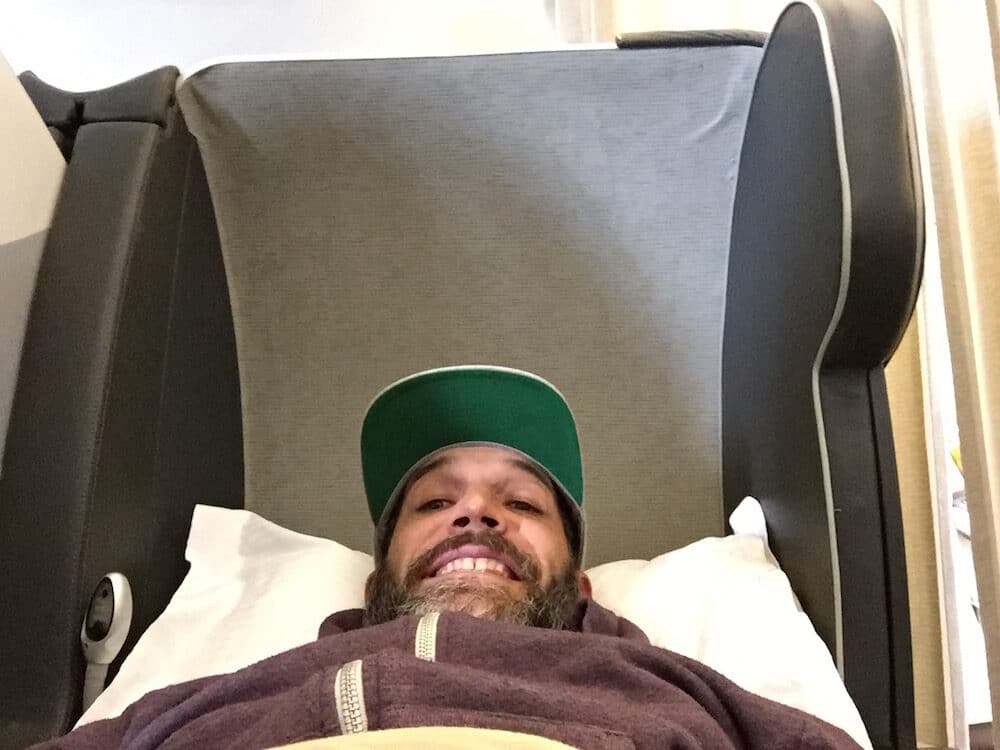 Our gracious hosts in Abu Dhabi really hooked it up and treated us to business class. This was my first time flying business class. Why? Well, I personally would rather spend money on growing the business, so this was a real treat. 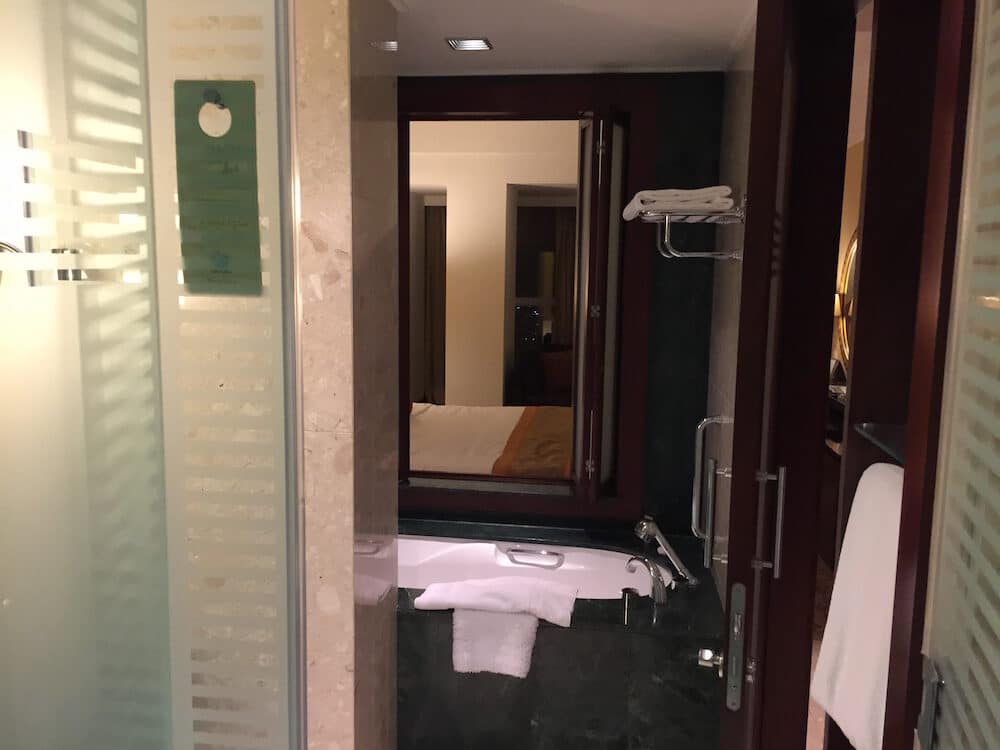 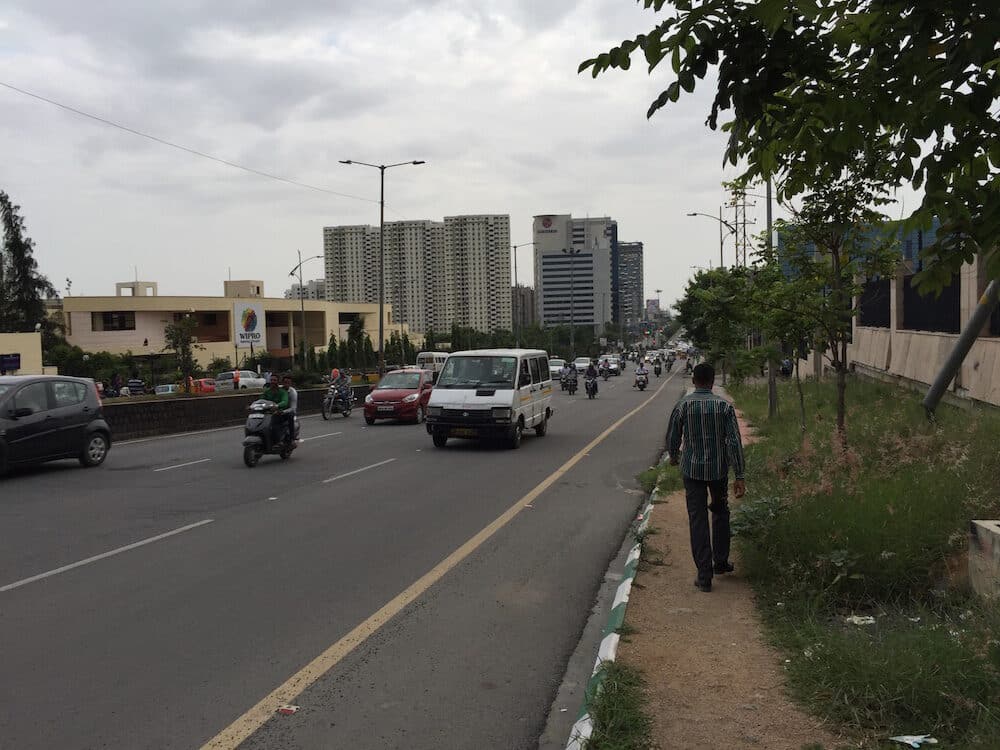 We were in Hyderabad, but not for very long, unfortunately. Eric Salmond joined us to discuss plans for Microsoft’s two existing India campuses. We were also treated to repeated stories of cobras being sacredly removed from the campuses, so, you know, I had my eye out on the constant.
Back to the plans we were discussing. I can’t talk about it too much at the moment, but we are really, really excited about what’s down the pipeline. 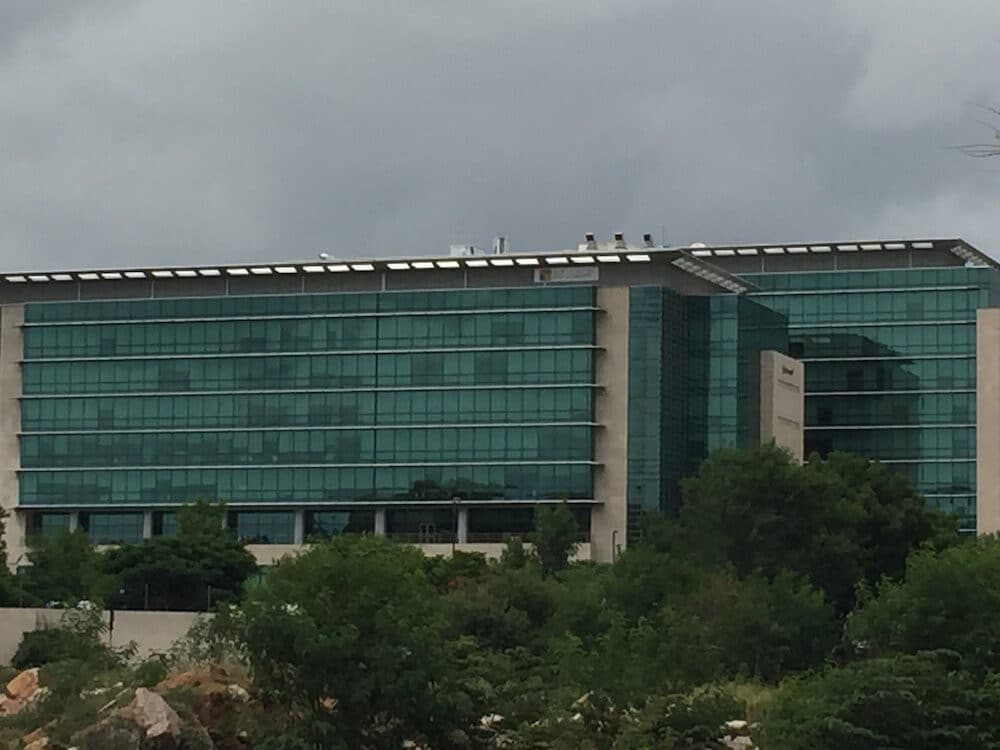 One thing I can say, though: look out for Urban Cultivator coming to offer a fresher option to Microsoft employees in Hyderabad soon!
Anyway, this was my first time in India.
Hyderabad was sensory overload and I loved it all. The air was pungent, with spices and sweat, curries and masalas. It was a really, really interesting experience, though I would say that it was a little noisy for my taste. The streets were filled with constant horn chatter as if saying, “hey everybody, I’m here!” A little too much horn for me personally.
Hopefully next time I’ll be able to see more, do more, and take more photos to share with you guys. Until then!
Tarren