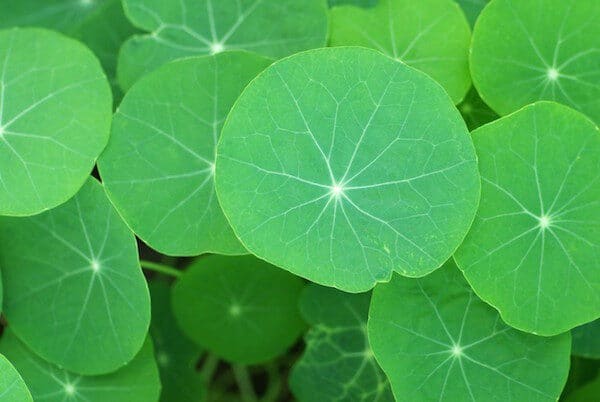 The English language is funny. Sometimes we use the same word for completely different things; you know, just to make things a little more confusing.
Such is the case for nasturtium. Nasturtium can refer to the plant genus, which is the genus of seven plant species in the Brassicaceae family. The nasturtium we’re concerned about is the Tropaeolaceae, which is commonly known as nasturtium.
It is also the genus of almost 80 species of flowering plants, some of which can survive the winter at altitudes of 10,000 feet and up!
Nasturtium plants are best known for their intensely bright yellow, orange, and red flowers, but their lush, round leaves are also edible and incredibly delicious.
The plant first arrived in Spain in 1569 thanks to Spanish botanist Nicolás Monardes, who wrote extensively about all of the plans and animals he discovered during his trip to South America. The name Tropaeolum majus was given to the plant by Swedish botanist Carl Linnaeus.
Linnaeus named them as such because he vibrant petals reminded him of an ancient Roman customer, where they would set up trophy poles (tropaeum, which stems from he Greek word tropaion) on which the armor and weapons of those the Roman army defeated were hung. To Linnaeus, the leaves looked like shields, and the red flowers looked like blood-stained helmets. 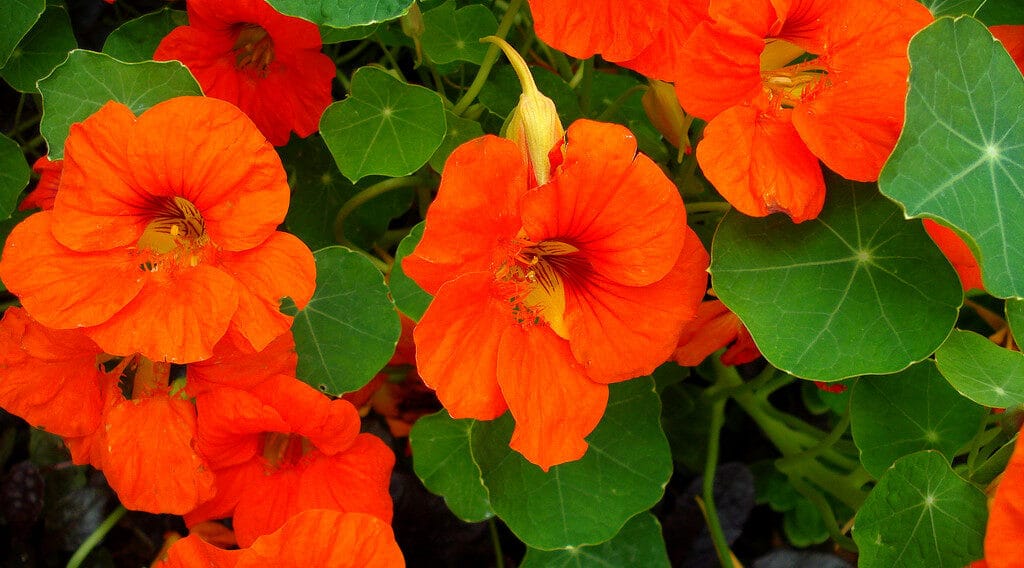 A touch of beauty

When it came to eating these plants, nasturtiums weren’t consumed until it was taken to the East, where they were eaten and used for tea.
Nasturtium carries a mildly peppery flavor with an aroma reminiscent of mustard. For some time, it was also known as “Indian cresses” due to the similar flavor profile between nasturtium and watercress, and because they were introduced from the Americas (then known as “The Indies”).
Now, they are a great way to kick up your salads, adding a brilliant punch of color. As well, more chefs around the world are using it to create absolutely stunning plates of art. Many wedding cakes now are also decorated with nasturtiums, giving them some beautiful life.

Not just a pretty face

Both the leaves and petals of the nasturtium plant are packed with nutrition, containing high levels of vitamin C. It has the ability to improve the immune system, tackling sore throats, coughs, and colds, as well as bacterial and fungal infections.
These plants also contain high amounts of manganese, iron, flavonoids, and beta carotene.
Studies have shown that the leaves also have antibiotic properties, and suggest that they are the most effective prior to flowering.
Nasturtium is used in traditional medicine, treating a wide range of illnesses and conditions, such as hair loss.
Add some nasturtium to your diet today, either in your food, or on it! Nasturtium is the star of the show in this recipe for baby greens with roasted beets and potatoes: 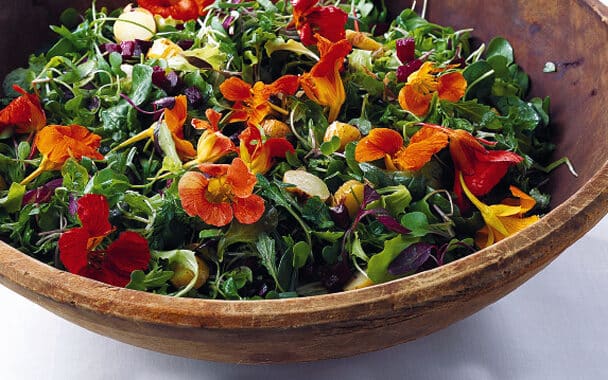 Or, what about having nasturtium leaves in your pesto? 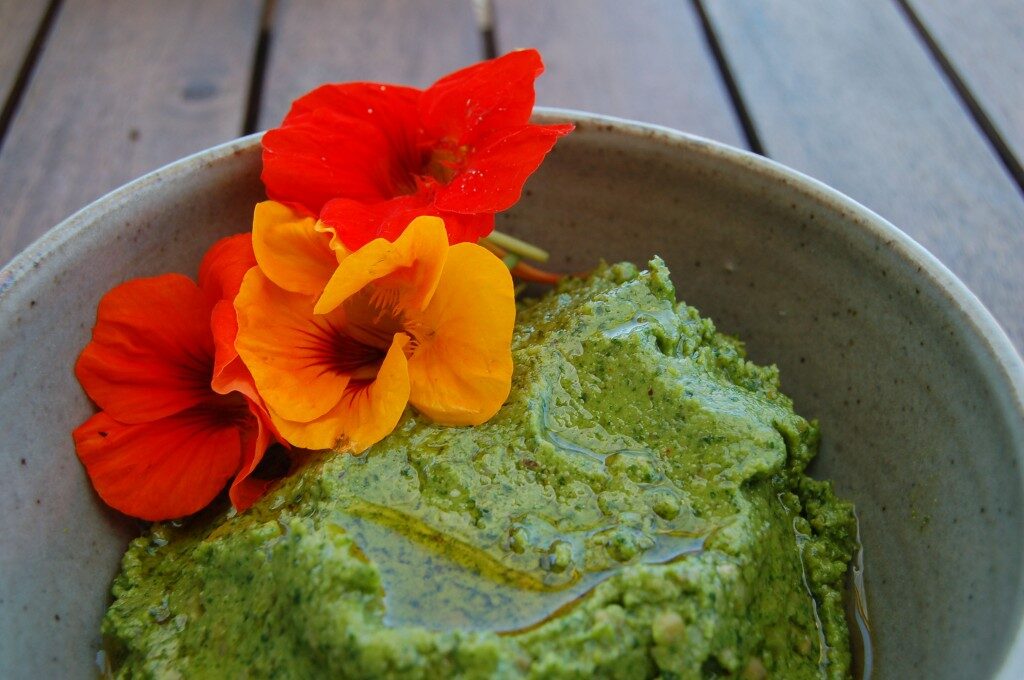 Nasturtium can be easily grown in an Urban Cultivator, taking as little as one week to grow, and yielding over a cup of beautiful lush leaves. It makes growing your own food that much easier!
How do you like to eat your nasturtium? Let us know in the comments section!