Posted at 10:00h in Urban Cultivator News by Apeace
Share 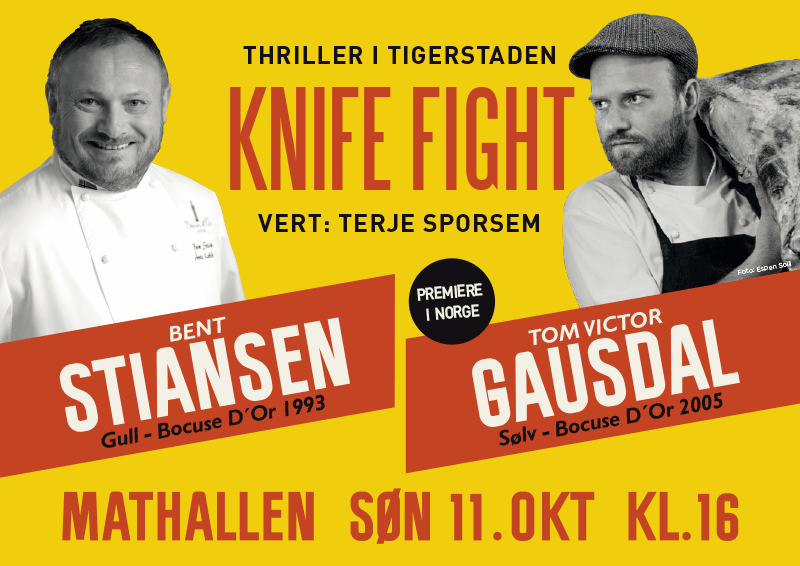 Last week, our CEO Tarren Wolfe went to support our distributors in Norway for an awesome event that they were holding.
Think Iron Chef, but with a Norwegian twist.
Using secret ingredients and Urban Cultivator-grown greens for their challenge, it was a fun night for all.
Read on about what happened at Knife Fight, courtesy of Mireen Fiske:
The event was called Knife Fight, and we had Bent Stiansen (Gold winner of Bocuse D`Or 1993) against Tom Victor Gausdal (Silver winner in Bocuse D`Or 2005).
Tom was Bent’s apprentice back in the day, and they battled against each other in a TV show in 2013, where these two were the finalists. 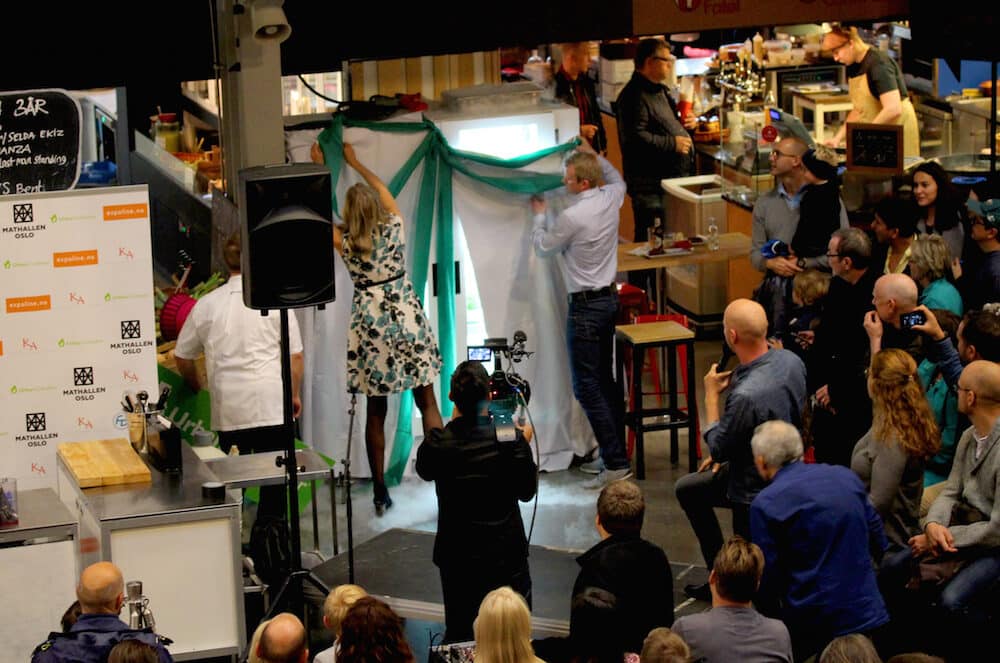 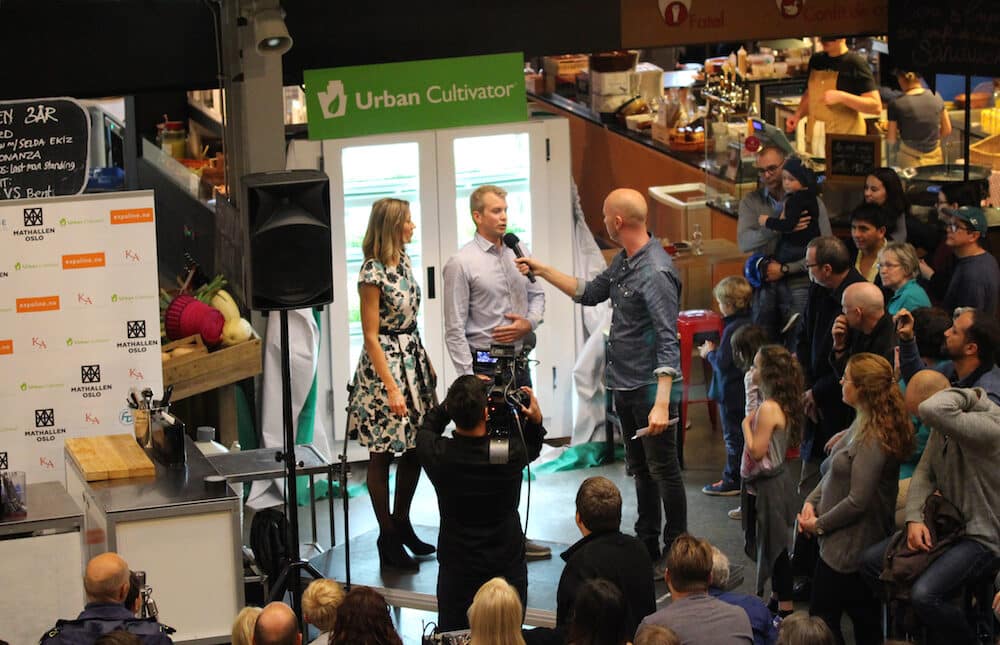 We had a famous Norwegian stand-up comedian as a host, Terje Sporsem, who actually won the Norwegian Masterchef in 2014.
To kick the night off, we started with a introduction of Urban Cultivator. We had covered the Cultivator because it was a “secret ingredient” the chefs had to use in their dish. (We also had liquid nitrogen for smoke effect we love so much from Iron Chef). 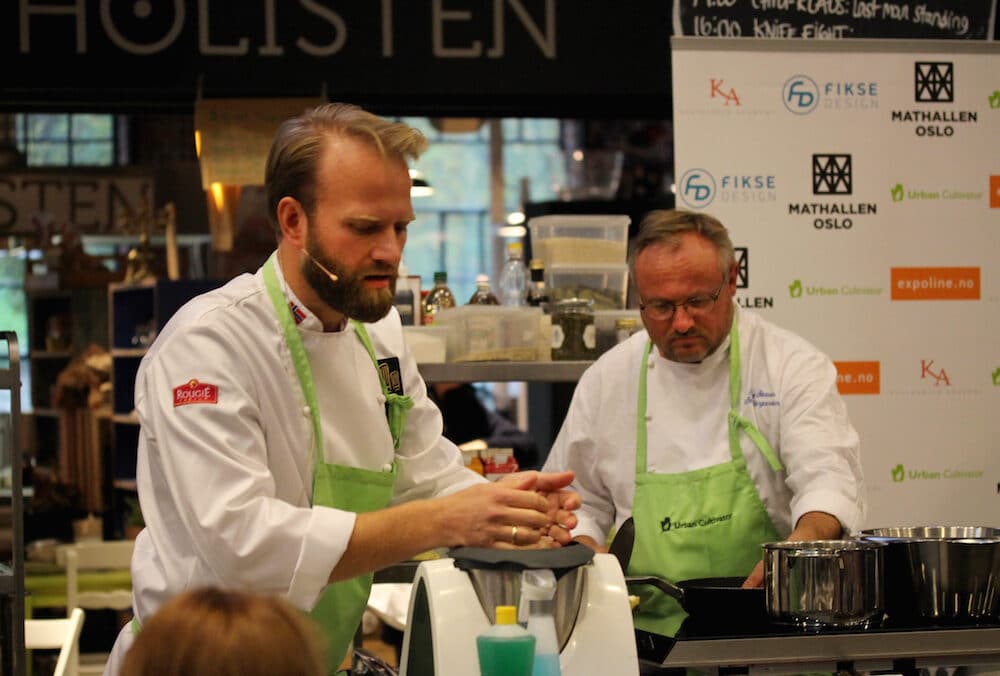 Culinary Academy presented a mystery box of ingredients for the chefs. They did not know in advance what they were going to make. 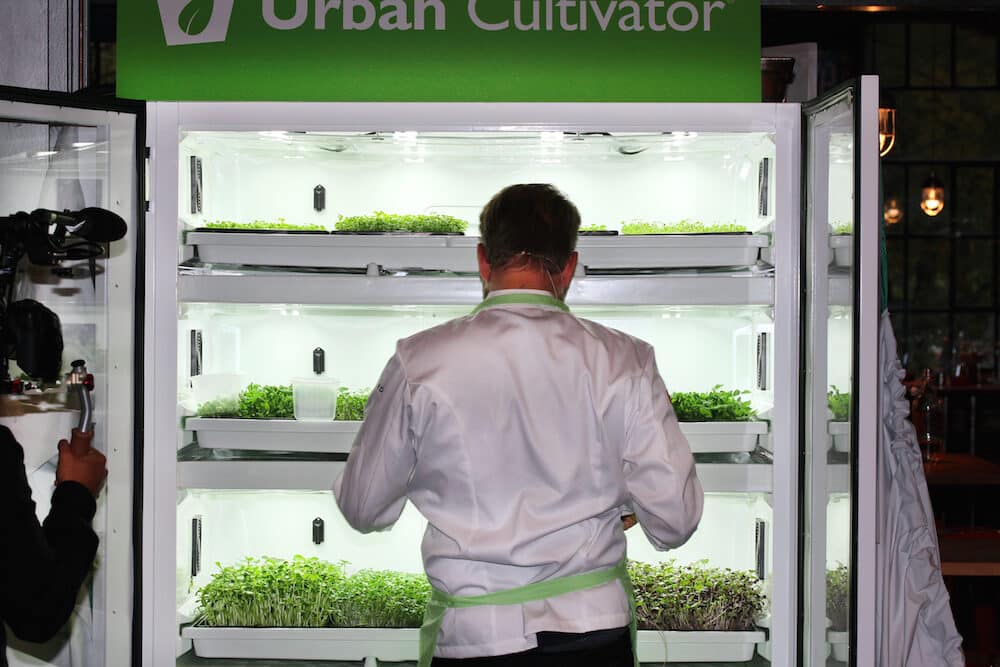 We called the task: Urban fish with a twist. Then, the battle was on! 40 minutes to go…
During that time, Tarren gave an interview regarding how he came up with this product, and gave an update regarding where the company is right now. 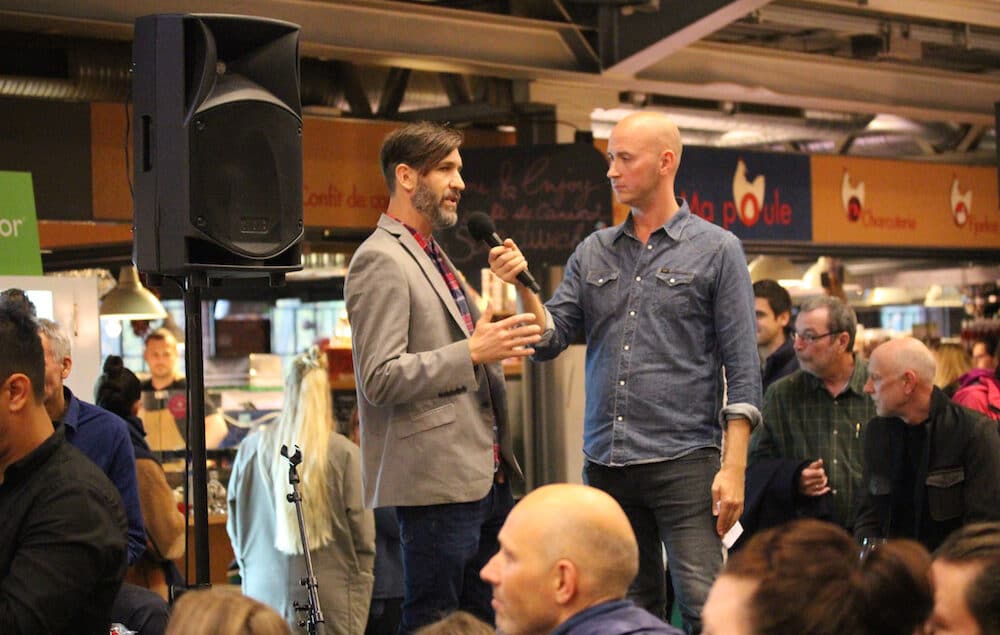 Two award-winning chefs from The Culinary Academy were our professional judges—Espen Larsen and Alexander Berg—and Tarren was the final judge.
The winner? Tom Victor Gausdal won it!

It was a fantastic night filled with laughs and delicious food, and we hope to organize more events like these in the future!