30 Mar How to Embrace Cauliflower-Mania

Posted at 12:12h in Grow your own by Apeace
Share 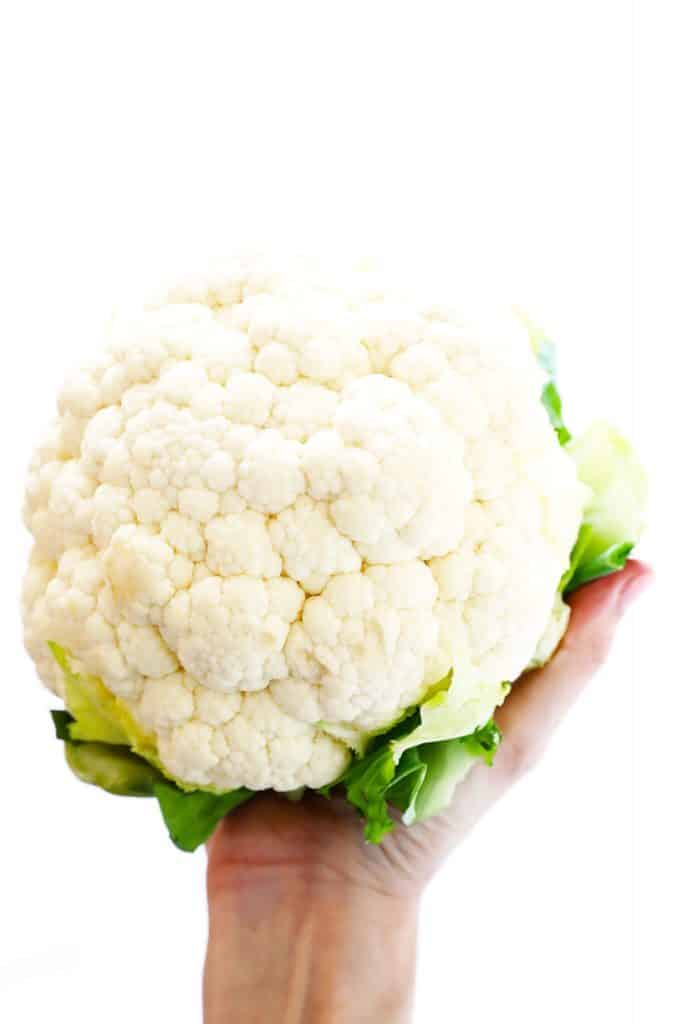 Cauliflower is, of course, not new, but there seems to be a refreshed interest in this cousin of broccoli. From cauliflower rice to pizza crusts, this dynamic vegetable is inserting itself into every meal.
The proof? There’s been a steep increase in the popularity of packaged cauliflower products, according to Nielsen. And it’s no surprise—in addition to being delicious and versatile, cauliflower is also incredibly good for you.

Now, we’ve spoken cruciferous vegetables before in our love letter to broccoli, but we should probably recap that here, too. 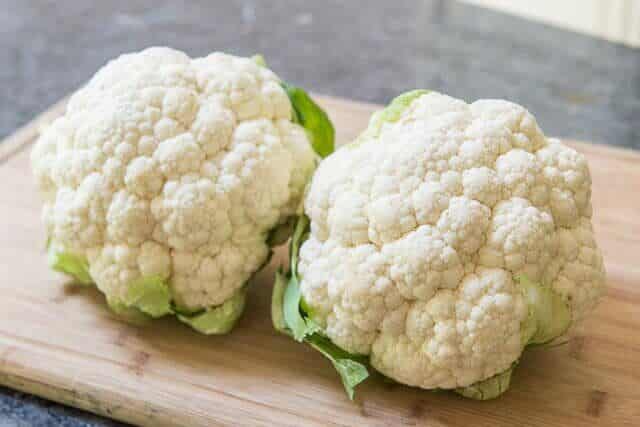 So, cruciferous vegetables. There’s compound called sulforaphane in cruciferous vegetables that helps our bodies fight cancer. Sulforaphane actively kill cancer stem cells, slowing a tumor’s growth. Another key word to know: epigenetics. Epigenetics encompasses the idea of how factors like diet can affect our genetic coding, and, ultimately, how those genes are expressed.
Sulforaphane inhibit HDAC enzymes that are known to work against the ability of genes that suppress development of tumors. It has the ability to activate over 200 different genes. In particular, broccoli will activate genes that can prevent cancer development.
According to some studies, sulforaphane also normalizes DNA methylation (the process of when a methyl group is added to a DNA molecule), which is a crucial part of normal cell function and suppressing bad genes. Abnormal DNA methylation is crucial in the early stages of cancer.
In addition to that, the antioxidants and phytonutrients also protect against cancer. Cauliflower boasts weight loss properties, too, thanks to its fiber content. It’s so good for you, in fact, that it was recently listed one of the top 100 most nutritious whole foods by BBC.
No matter what diet you’re on, it’s likely that cauliflower is one of the accepted foods on your list. Plant-based? Check. Gluten-free? Also that. Low-carb? Definitely! Hence its current popularity. Cauliflower is also great for those who are pre- or currently diabetic since it’s low on the glycemic index.
Needless to say, if you’re not already cauli-crazed, it’s time to start. Here are a few ways to incorporate cauliflower into your diet. 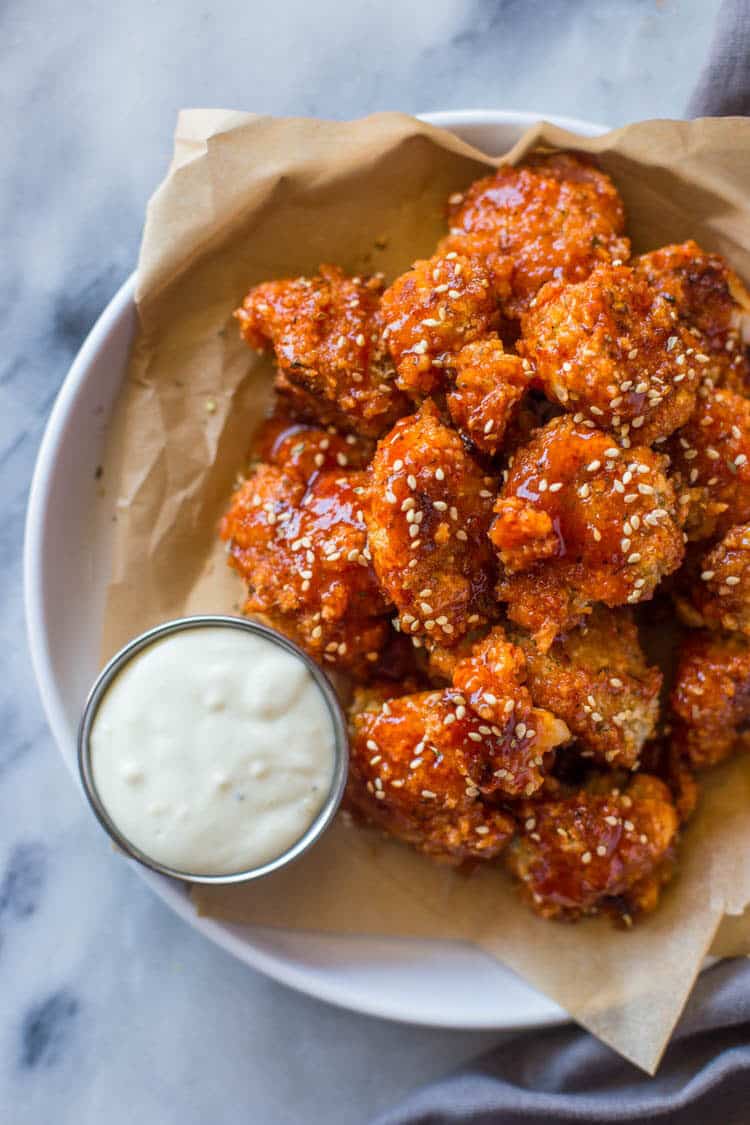 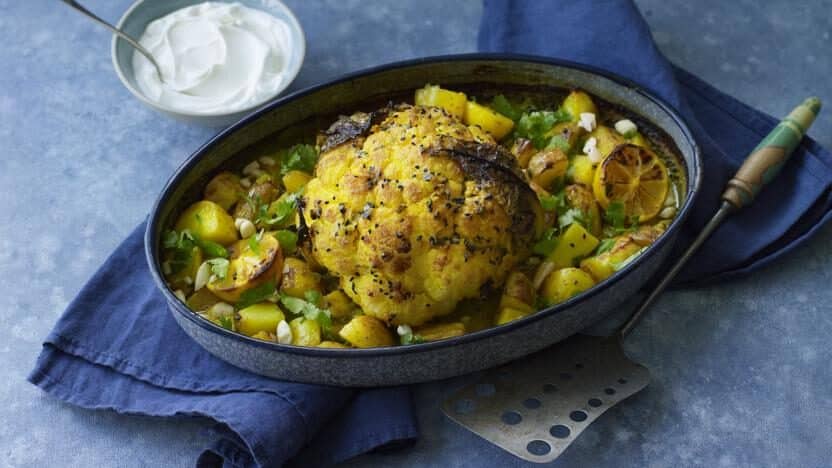 via BBC Food
Ingredients
400g floury potatoes (such as Maris Piper or King Edward), cut into medium-sized chunks
1 large cauliflower, cut into florets
1 tbsp cumin seeds
2 tsp coriander seeds
2 tsp nigella seeds
1 tsp ground cinnamon
1 tsp turmeric
1 tsp chilli powder
4 tbsp vegetable oil or sunflower oil or rapeseed oil
8 curry leaves
4 garlic cloves, crushed
2 x 400g cans chopped tomatoes
2 small green chillies, pierced a few times
1 tsp golden caster sugar
1 lime, juiced
small pack coriander, chopped
basmati rice, naan and natural yogurt, to serve
Method
1. Heat oven to 180C/160C fan/gas 4. Tip the potatoes into a large pan, fill with cold water and bring to the boil. Simmer for 5-6 mins until starting to soften but still holding their shape. Drain well.
2. On a large baking tray, toss the potatoes and cauliflower with the spices and 2 tbsp oil. Season well and roast for 45 mins, stirring halfway through cooking, until the veg is soft and starting to brown.
3. Meanwhile, heat the remaining oil in a large pan. Fry the curry leaves and garlic for 1 min, making sure the garlic doesn’t brown. Add the tomatoes, chillies, sugar, lime juice and some seasoning. Cover with a lid and simmer for 15 mins until the tomatoes have broken down.
4. Add the roasted veg to the tomatoes. Simmer for 5 mins, adding a splash of water if the curry gets too thick. Stir through the coriander and serve with rice, warm naan and yogurt. 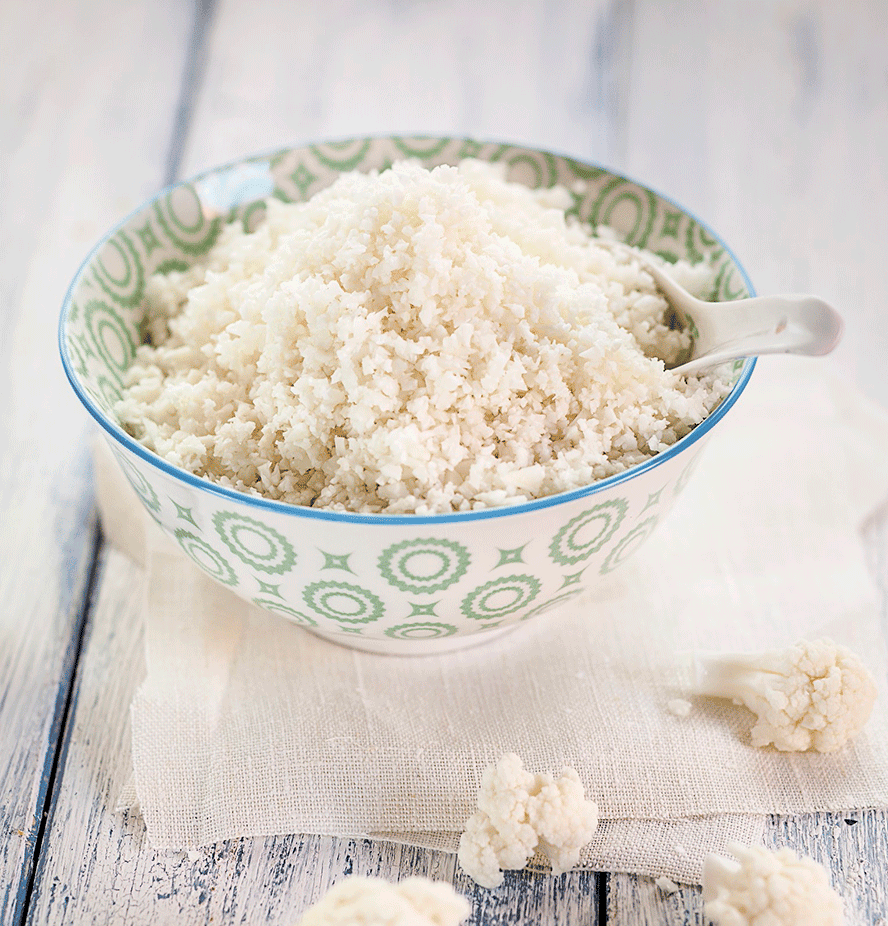 Now, we don’t have cauliflower microgreens, but we’re in the business of health, and cauliflower is a great thing to incorporate into your diet. Oh, and also, we do carry another type of cruciferous microgreen: broccoli!
Broccoli micros are one of the many microgreens you can grow in an Urban Cultivator, and it only takes about two weeks before you can harvest them in their microgreen version. If you let it grow a little longer, it will grow into its mature version.
Want to grow your own? Grab broccoli seeds from the Urban Cultivator store here.
What’s your favorite way to use caulflower? Have you used them before? Let us know in the comments section!