What You Need to Know About the Pesticides in Your Food

Posted at 06:00h in Urban Cultivator News by Apeace
Share 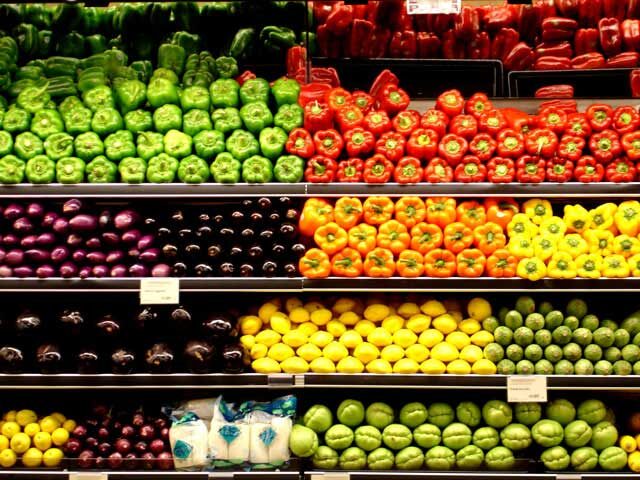 The immense push for organic goods in the early ’90s stemmed from the high levels of pesticide traces in fruits and vegetables. There was increasing concern over what we were putting into our bodies, and what we were providing for our families. Children, pliable and sensitive, are exceptionally susceptible to the effects of these toxins.
While short-term exposure to pesticides, such as skin irritation, can be eliminated by taking an antihistamine, studies have shown that long-term exposure can leave a devastating mark on a body. Higher risk of cancer, neurological impairment, developmental and reproductive effects, organ damage, and hormonal imbalances are included in the long list of negative effects pesticides can have on the human body.
Of course, consuming toxins seems illogical, yet we continue to do it through purchasing non-organic foods, or not properly washing our vegetables prior to consumption. But even then, organic foods are not completely resistant to these toxins.

Pesticides in the U.S.

A U.S.-based environment and health research and advocacy organization produces a list of the best and worst foods every year; that is, they compile a list of the fruits and vegetables with the highest and lowest levels of pesticide residues.
Fourty-eight fruits and vegetables were analyzed, the data for which were supplied by the U.S. Department and FDA, and 28,000+ samples were used in the study. 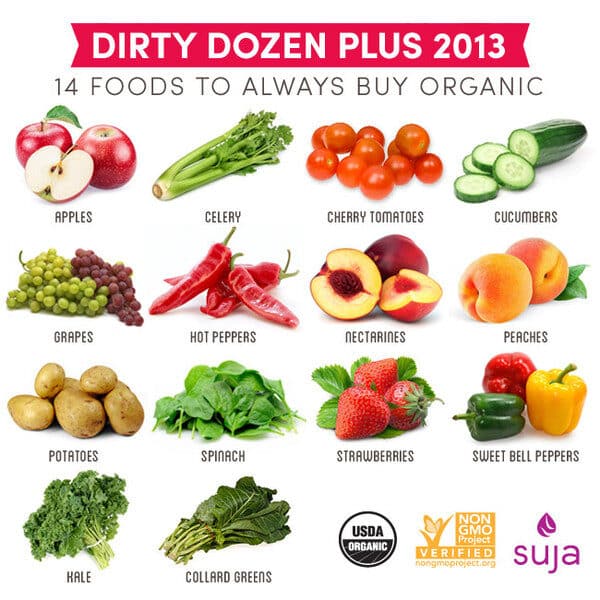 The results showed that some of our favorite fruits and vegetables—including peaches, spinach, apples, and celery—contain the highest levels of pesticides, and comprises a list dubbed as the “Dirty Dozen.” The whole dozen includes:

According to the study, the last two on the list above contains toxins that leave the nervous system compromised—an alarming fact considering the prevalence of kale in our current diets. 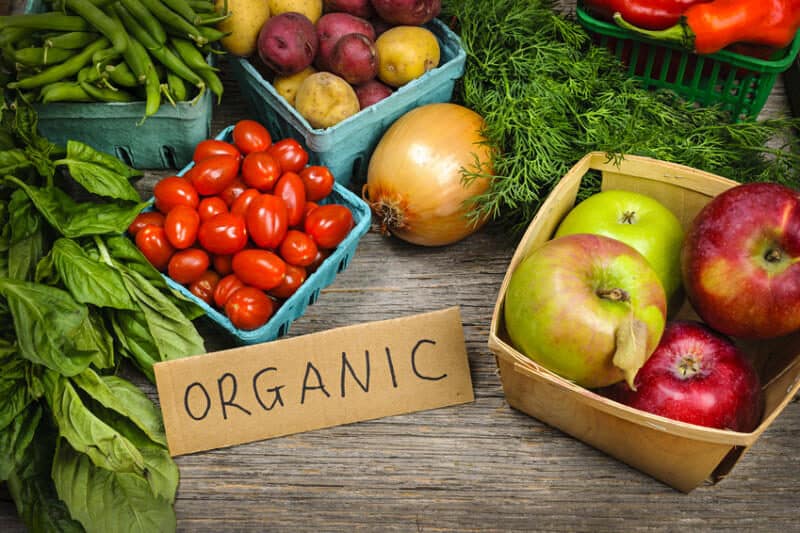 Similarly, a study conducted by CBC News Analysis that’s supported by the Canadian Food Inspection Agency shows that, while non-organic plants may have traces around 15 times as high as organic ones, almost half of all organic fruits and vegetables still contain pesticide residues.
43% of domestically-grown and 46% of imported plants showed traces of at least one pesticide. The executive director of the Canada Organic Trade Association, Matthew Holmes, admitted that even farms that commit to organic farming practices still have trouble, as studies are even “showing there’s pesticides in fetal cord blood.”

The top 5 most common pesticides are:
1. Glyphosate:

Having said that, the government has indeed tried to step in to alleviate this issue. Regluations were introduced in 2009 that enforces organic food producers to have their products certified by an accredited third-party certification body.
As well, food is constantly monitored by a number of agencies. For example, the Environmental Protection Agency (EPA) in the U.S. sets limits on how much residue can actually remain on the food before it becomes toxic.
These limits are also known as tolerances, set to save people from harmful levels of pesticides.
Even then, it’s still difficult to eradicate pesticide residues completely.
The problem isn’t necessarily that organic farms are committing fraud; rather, it’s that pesticides are difficult to control. They can be transferred through soil, and can drift in from nearby non-organic farms. 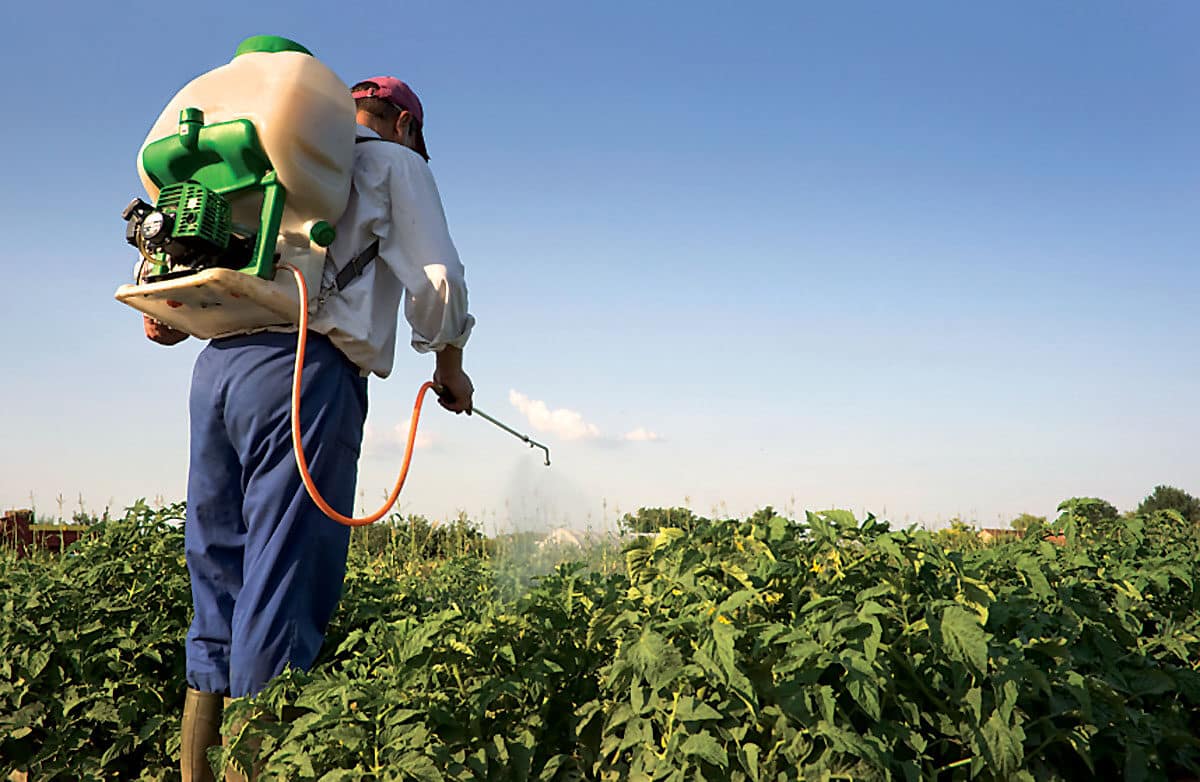 What can we do?

These are very sobering statistics and study results that demonstrate we all need to pay better attention and take better care of the food that we put into our bodies and into those we love.
Obviously the very first step we should take prior to consuming our fruits and vegetables is wash everything thoroughly. Having said that, sometimes washing isn’t even enough.
A study showed that after power washing a single grape, the grape still tested for 15 different types of pesticides. Fifteen different types! After a power wash!

So when it comes down to it, what’s the best alternative?
Simple: Grow. Your. Own.
With an Urban Cultivator indoor garden, you have complete control over your own food. Not only would the produce be organic, but the process is mess-free, and readily accessible. Harvest mere seconds prior to plating, and you’ll be eating some of the freshest food you’ve ever had.
Do you have any tips on how to better protect ourselves from nasty pesticides? Let us know in the comments section!