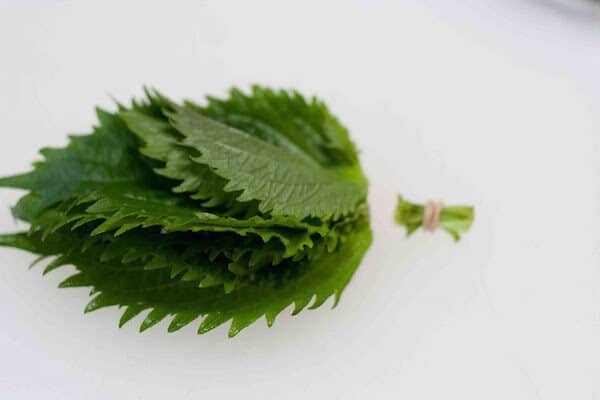 Shiso, Perilla frutescens var. crispa isn’t only fun to say, but judging by the way that it’s used in cooking, it’s a pretty fun herb to eat, too.
It’s not very common in Western cooking, but in the world of Asian cooking, and in particular, Japanese cuisine, shiso, or 紫蘇, シソ, reigns supreme. Each Asian culture has a different name for the plant, and are incorporated into their respective cuisines in unique ways.
The crop grows in red/purple and green varieties, though the green is far more prominent than the red.
Having said that, there’s a lot of nutritional value to red shiso. The red pigment in it is caused by flavonoids called anthocyanins, which are also found in such foods as cranberries, blackberries, and red cabbage.
These flavonoids help protect the body’s nervous and circulatory system. It also contains anti-inflammatory and anti-bacterial properties.

As a part of the Perilla family, it’s a close cousin of the ubiquitous herb, mint, so you can only imagine what sort of kick shiso has.
Green shiso is a bit spicy in flavor with a hint of cinnamon. The leaves are rich in calcium and iron, and because of its strong flavor, can stand up to such things as pickling.
The entire plant can be consumed, and its seeds are used to as an edible oil in places such as Korea, or ground and used as seasoning. Red shiso is used as dye to make umeboshi and that delightfully spicy pickled ginger.
Shiso is used in traditional medicine as well, believed to help prevent anemia and contain cancer-fighting properties. Some Japanese use it alongside ginger, rice vinegar, or umeboshi to help blood circulation.
Most common uses of shiso include serving it with sashimi, wrapped around sushi, or added to soups, rice, and tempura.
The brilliant thing about shiso is that it’s incredibly versatile. Despite the fact that it may look delicate, it can not only stand up to seafood and heavier meats, but actually complements it nicely.
Try shiso in your cooking today, in everything from tacos to tofu! 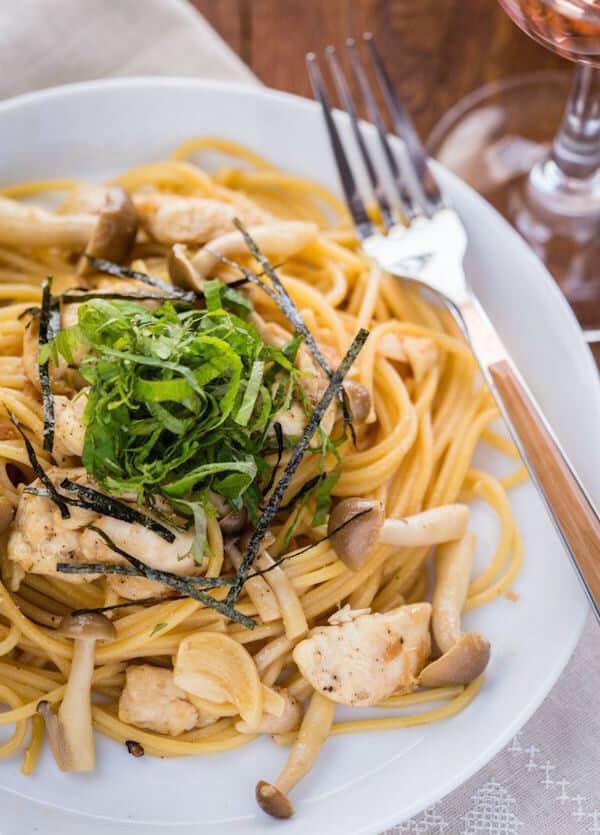 Ingredients
10 umeboshi
1⁄4 cup sugar
2 tablespoons mirin
10 green shiso, washed
300 g dried spaghetti (thin)
30 g butter
salt
Method
First soak umeboshi in water for 3-4 hours to remove some of the saltiness. It is best to change water every hour.
Remove umeboshi pits by using a small knife. Mince very, very finely until paste or use a food processor and pulse until it is a smooth paste.
Using a small pan, combine ume paste, sugar, and mirin over low heat. Turn down to simmer and stir frequently. It is done when the paste becomes shiny. This usually takes about 10-13 minutes.It will take on a beautiful shiny appearance and color.
Remove from heat.
Gather shiso leaves and roll into pencil shape. Slice thinly into chiffonade.
Place butter in a large bowl and beat until creamy. Combine 3 T ume paste and mix well.
Boil spaghetti until al dente and drain. Mix spaghetti with butter/ume mixture along with thinly sliced shiso in the bowl.
Serve either hot or at room temperature.

Shiso is also perfect for cold dishes for days when it’s a little too hot to turn on your oven. Try this classic Japanese dish that features silken or firm tofu and minimal ingredients! 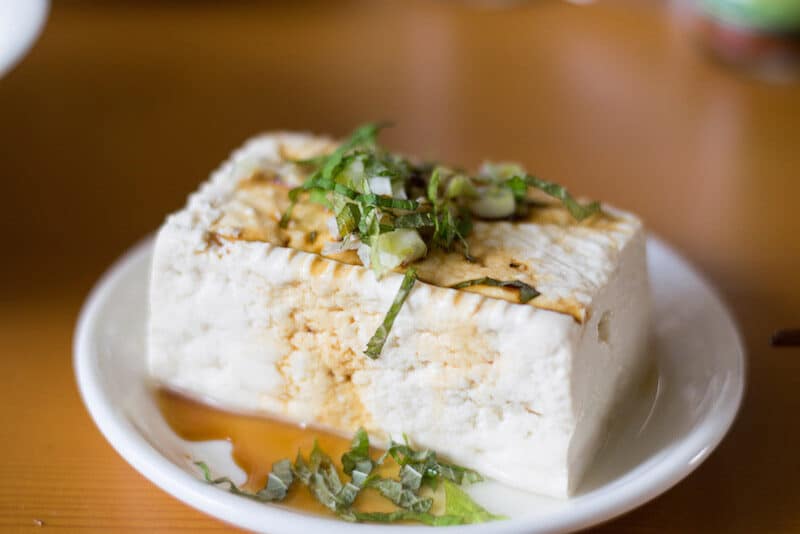 1 block of silken or firm tofu
2-3 teaspoons soy sauce
Toppings of your choice (julienned shiso, chopped scallion, grated ginger, sesame seeds, etc.)
Drain the water from the tofu. Cut the block in half and, optionally, into ½-inch cubes. Put each serving in a small bowl and drizzle with 1 to 1 ½ teaspoons of soy sauce, or to taste. Pile on the toppings of your choice. Serve immediately.

Though it’s grown all over Japan, it’s not necessarily the easiest plant to grow in your own home.
In an Urban Cultivator, shiso grows in under a month and thanks to the machine’s automated watering, temperature, and lighting functions, it makes growing shiso a breeze.
Have you tried shiso before? If so, what do you like it in? Let us know in the comments section!