15 May Learn About… Peppercress 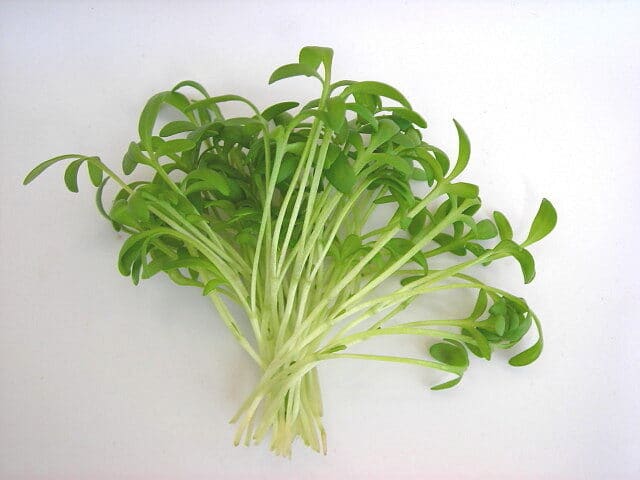 Ever had peppercress?
It’s one of those greens that come up every now and then, and you think you might have had it, but you can’t be sure entirely.
Peppercress, or Lepidium bonariense, is a peppery green also known as garden cress or peppergrass. Technically, it’s classified as an herb, and it’s similar in flavor to watercress, both of which are members of the mustard family.
Lepidium bonariense is a part of the larger mustard/cabbage family, Brassicaceae, which, as we’ve learned, may have cancer-fighting properties.
Commonly found all across North and South America, Africa, Asia, Europe, and Australia, it’s one of the “international” herbs around, though its origins trace back to Iran.
Oftentimes you’ll see it subbed in for watercress, though peppercress has a much more assertive flavor than watercress. 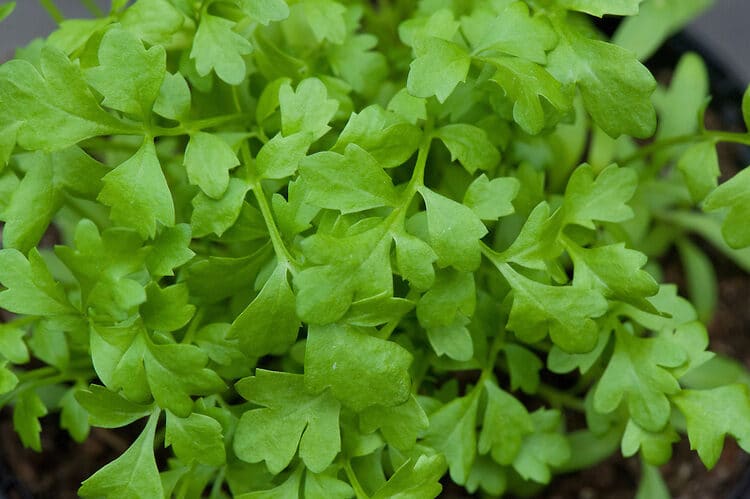 Peppercress is available year-round, but its peak season begins in the spring and lasts all throughout summer, and they keep for quite a while when you store them in the water with the stems down. When purchasing peppercress, make sure to avoid any yellowed leaves.
Brightly flavored with a bit of kick, peppercress is also an excellent source of vitamin A, C, iron, and potassium. Some claim that it also has detoxifying properties and can stir up your appetite when you’re not feeling great.
Want to give peppercress a try? Check out some incredibly easy recipes that feature the herb! 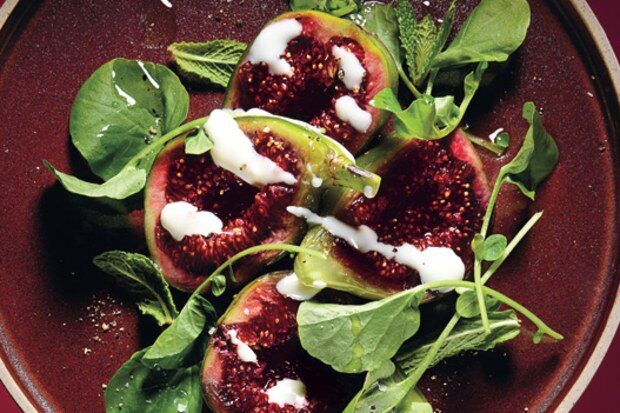 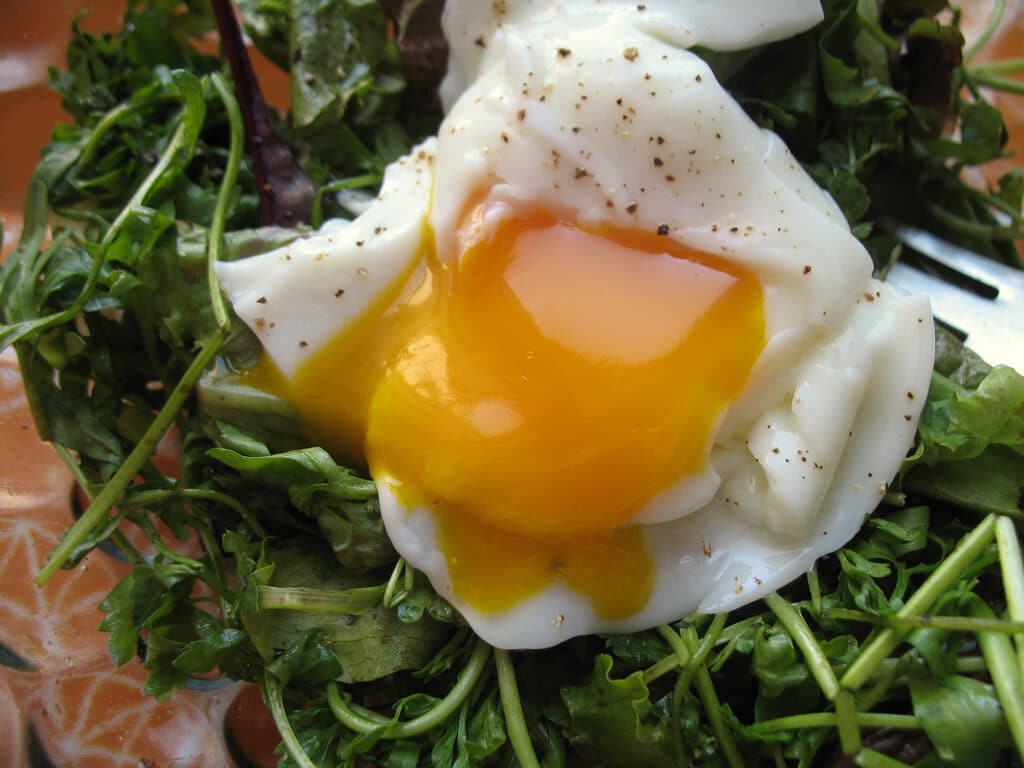 Recipe via Not Eating Out in New York

Ingredients
about 2 cups fresh peppercress (or a combination of peppercress and mesclun greens)
1 teaspoons Balsamic vinegar
1 teaspoons white truffle oil
pinch of salt
freshly ground black pepper to taste
1 fresh egg*
*I find that the fresher the egg, the better the whites hold together when cooking. If you have less fresh eggs or aren’t sure, you can add a couple teaspoons of vinegar (any kind) to the boiling water, which will help it hold.
Method
1. Bring a small saucepan of water at least three inches deep to boil. Reduce heat so that the water is just barely bubbling, very slowly. Crack the egg into a small bowl. Holding the bowl close to the surface of the water, slip the egg into the water swiftly. Cover the pot and turn off the heat. 2 minutes is when I like to remove my egg with a slotted spoon from the water. Set a timer if needed and do not open the lid until the 2 minutes are up.
2. Meanwhile, drizzle the salad greens with the Balsamic vinegar and truffle oil. Sprinkle with salt and pepper and toss.
3. Carefully remove the egg with a slotted spoon from the water and let excess water drip off. Top the salad with the egg, a twist of black pepper if desired, and serve immediately. 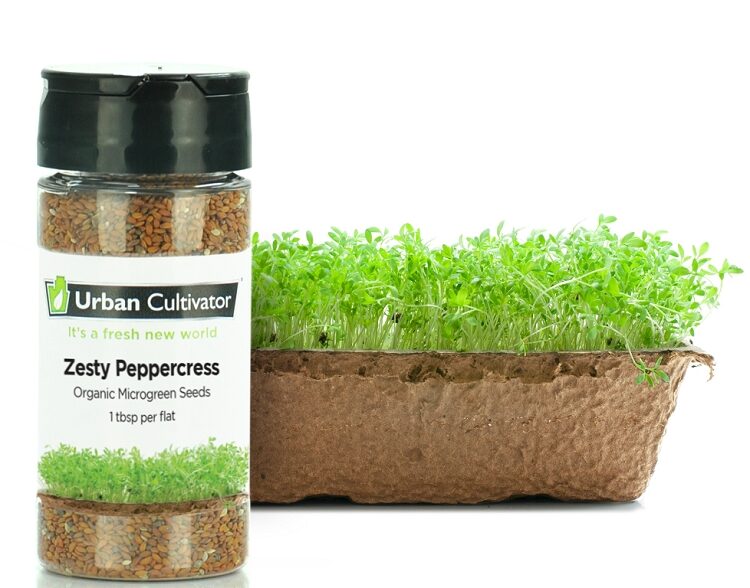 All you need to plant, and you’ll be ready to harvest in no time!
What do you like to do with peppercress? Let us know in the comments section!