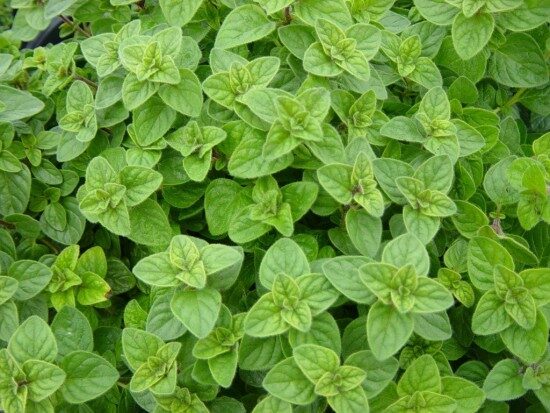 Posted at 17:20h in Herbs & Greens by Apeace
Share

Oregano is one of those ubiquitous herbs. In fact, you probably have it more than you know. It’s a beautifully aromatic herb, but with it in your dish, oregano can make all the difference.
If you watched even a second of any Rachel Ray cooking show, then you’ll know (as she loved reiterating so much) that oregano means “joy of the mountains.”
This is derived from the Greek words oras, which means mountains, and ganos, which means joy. Of course, this explains why oregano is such a popular herb in Greek cuisine.
Beyond this, though, what else do we know about oregano other than its distinct unique flavor? 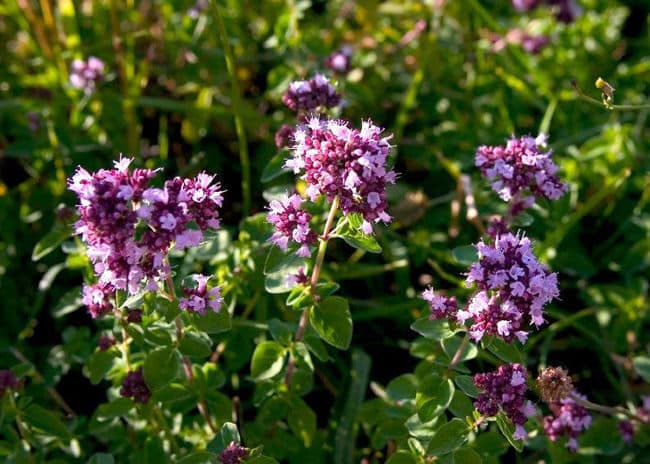 Oregano is actually related to marjoram. In fact, some refer to oregano as wild marjoram, and just like the plant that it’s compared to, oregano is also a perennial herb.
As the plant develops, oregano will develop vibrant little purple flowers.
Oregano is rich in fibre, iron, manganese, iron, calcium, and vitamin E and K. In addition, it contains good amounts of antioxidants, which help you fight against the effects of free radicals, and omega-3 fatty acids.
The herb has shown to carry antibacterial properties as well, which makes sense if you’ve ever encountered oil of oregano.
Its antibacterial effects have made it a staple for many when it comes to battling a cold.
Oil of oregano, weirdly enough, can also be used as insect repellent. Yes, oregano, something you can eat without any issues, can also be used to protect you when you go camping! 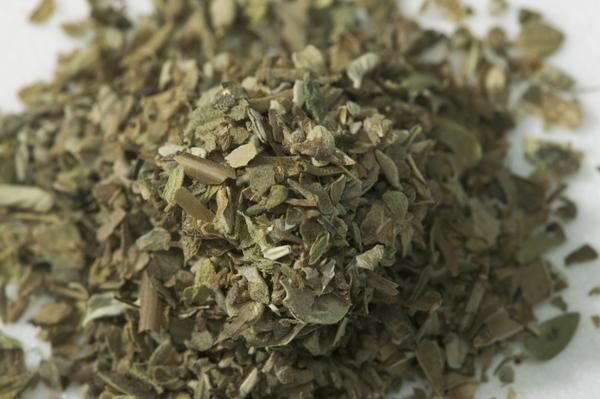 When it comes to cooking it, what you normally encounter is its dried variety; fresh oregano isn’t often widely available at stores.
The flavor of dried oregano is more concentrated than when it’s fresh; one tablespoon of finely chopped oregano is required in place of one teaspoon of dried oregano. This is a 3:1 ratio.
Because the dried variety is more concentrated in flavor, you’re obviously going to use less than you would with the fresh.
Oregano in general goes well with poultry, fish and other types of seafood, and vegetables. Dried oregano, as you know, is a must for your tomato sauce.
Want to know how you can incorporate fresh oregano into your cooking? Check out these recipes below! 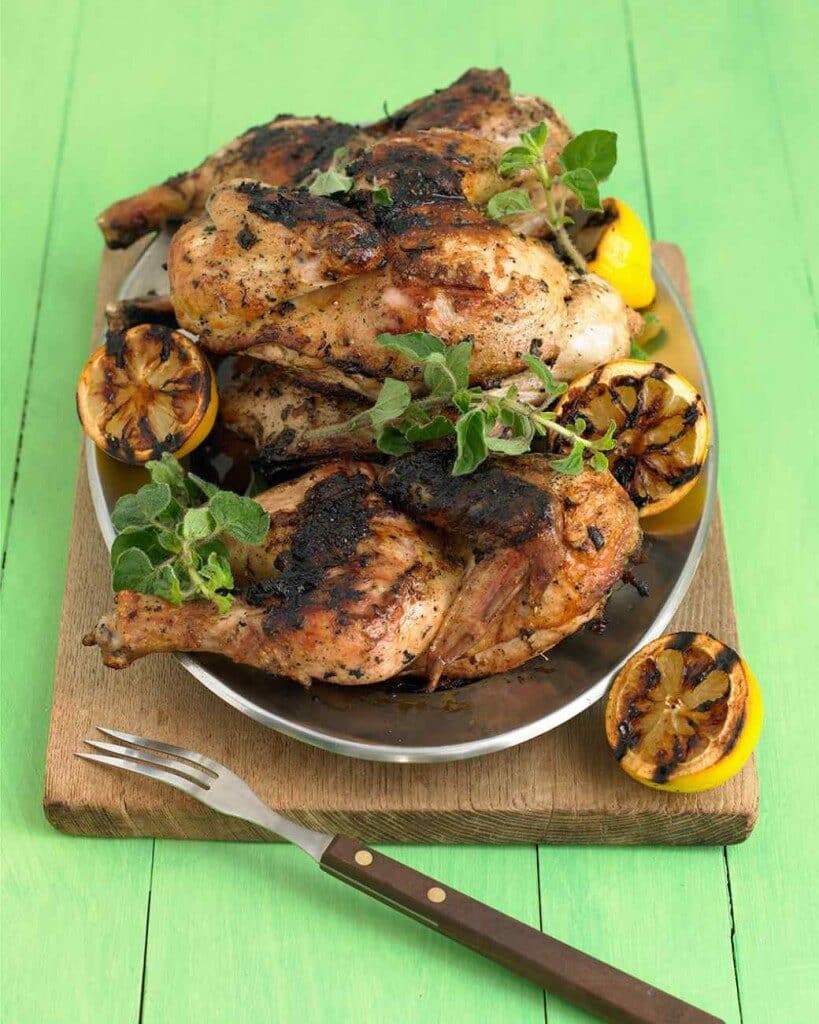 Grilled Chicken with Lemon and Oregano 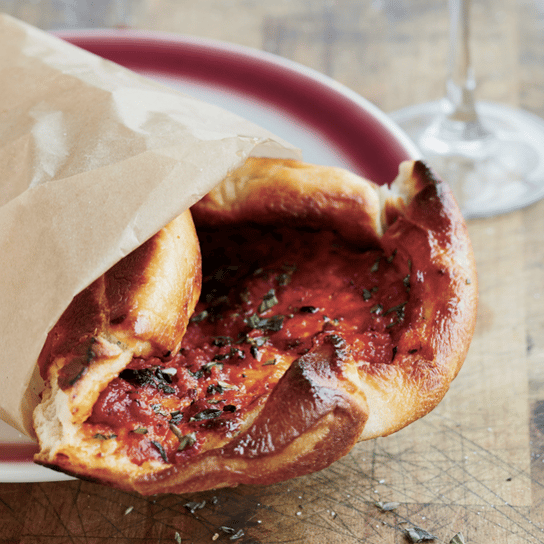 Recipe via Food and Wine

Ingredients
DOUGH
2 tablespoons plus 1/2 packed teaspoon fresh cake yeast (not active dry yeast)
3 3/4 cups bread flour
Extra-virgin olive oil
1 tablespoon kosher salt
TOMATO SAUCE
One 28-ounce can whole tomatoes, drained
2 tablespoons extra-virgin olive oil, plus more for garnishing
2 teaspoons kosher salt
2 teaspoons sugar
Sea salt and dried or fresh oregano, for garnishing
Method
1. MAKE THE DOUGH In a medium bowl, crumble 1/2 teaspoon of the yeast into 1/2 cup of lukewarm water. Let stand until the yeast dissolves, 3 minutes. Stir in 1/2 cup of the bread flour until incorporated. Cover the bowl tightly with plastic wrap and let stand at room temperature until the sponge is bubbly and thickened, 12 to 18 hours.
2. MAKE THE DOUGH Lightly coat a large bowl with olive oil. In the bowl of a stand mixer fitted with the dough hook, combine the sponge with 1 1/4 cups plus 2 tablespoons of lukewarm water. With the mixer at low speed, add the remaining 2 tablespoons of yeast and 3 1/4 cups of bread flour and mix until combined, scraping down the side of the bowl, 2 minutes. Add the salt and mix at medium speed until the dough is smooth and pulls away from the side of the bowl, 7 minutes. Scrape the dough onto a floured surface and knead into a ball; transfer to the prepared bowl and turn to coat with oil. Cover the bowl tightly with plastic wrap and let stand at room temperature until the dough has doubled in bulk, about 1 1/2 hours.
3. MAKE THE DOUGH Turn out the dough onto a floured work surface. Fold the top and bottom of the dough toward the center, then fold in the right and left sides; flip the dough over and return it to the bowl, folded side down. Cover tightly with plastic wrap and let stand at room temperature until doubled in bulk, 1 hour.
4. MAKE THE DOUGH Line a baking sheet with parchment paper. Turn out the dough onto a lightly floured work surface and divide into nine 4-ounce pieces. Shape each one into a ball and transfer to the baking sheet; brush the tops with oil. Loosely cover with a kitchen towel and let stand for 1 hour.
5. MEANWHILE, MAKE THE TOMATO SAUCE In a food processor, puree the tomatoes until smooth. Transfer to a bowl and stir in the remaining ingredients except the garnishes.
6. MEANWHILE, MAKE THE TOMATO SAUCE Preheat the oven to 500°. Lightly grease four 8-inch cake pans with oil. Place 1 ball of dough in the cake pan and use your fingers to press and flatten the dough until it covers the bottom of the pan. Spread 3 tablespoons of the sauce all over the dough. Repeat with 3 more dough balls and more sauce. Bake the pizzas for about 10 minutes, until the bottoms are crisp and golden. Drizzle with oil and sprinkle with sea salt and oregano; serve hot. Repeat with the remaining dough and sauce.

As oregano dies off over the winter, it’s hard to get any fresh oregano throughout the colder months.
With an Urban Cultivator, you can grow oregano all year round without the threat of weather. It only takes around three weeks before you get the delicious herb, ready to use.
Got something special that you like to do with oregano? Hit us up in the comments section with your recipe!