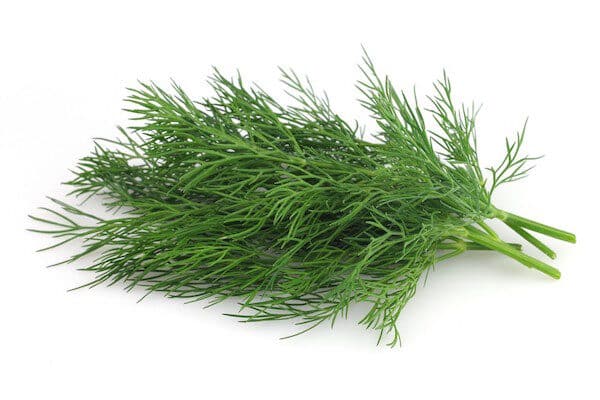 Dill certainly isn’t a stranger to your kitchen. Heck, it’s often a part of those herb starter packs. You’ve had it in dips, on pizzas, and with fish, but do you really know what this tart herb’s all about? 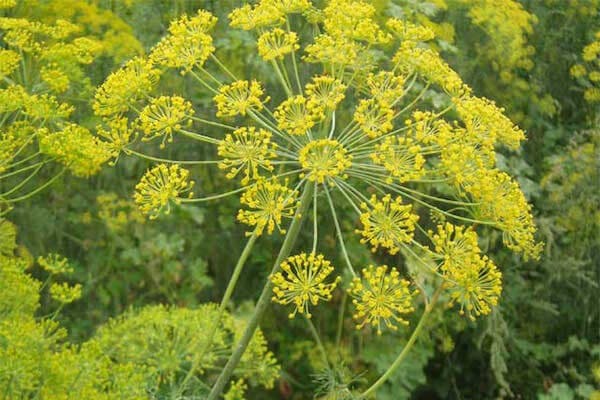 Dill, or Anethum graveolens, most likely originated in the Mediterranean area, and was used for both culinary and medicinal purposes. Dating back as far as 5,000 years ago, it was used in Egypt as a “soothing medicine.”
The herb was—and still is—used widely in Greek culture, often burned as a scented oil or used in wine.
Legend has it that later on in history, it quickly became a rare herb that was taxed or tithed in some cultures. Edward I of England, for example, didn’t have enough money to fix the London Bridge, so he instead imposed a tax on dill! 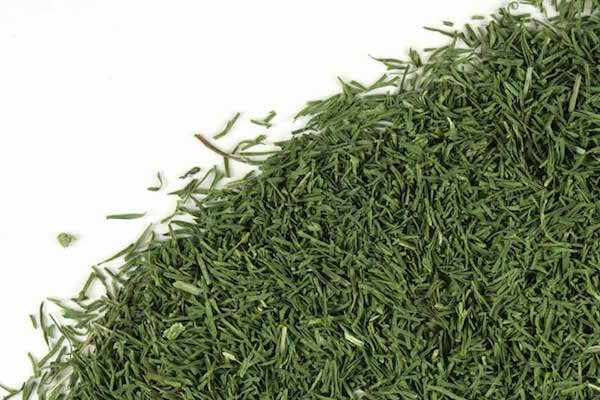 Dill is chock full of vitamin A, C, and manganese, and while it does have all these nutrients, it’s known most for its vibrant flavor.
Most often, dill is paired with fish to bring out seafood’s natural freshness.
It also goes well with artichokes, cabbage, cheese, eggplant, figs, olives, onions, pork, rice, sausage, and tomatoes, and pairs with a number of fellow herbs. It’s used worldwide, to give you a better idea of just how versatile it is, from India to Hungary to China.
Ready to make some dill-inspired dishes? Try the recipes below! 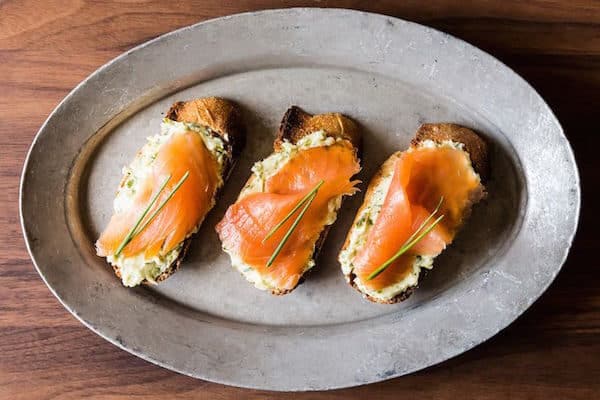 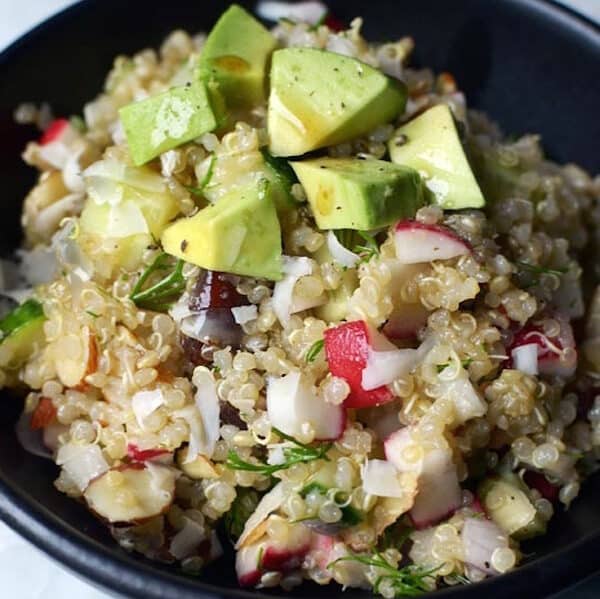 Ingredients
1 cup golden quinoa
1 3/4 cups chicken or vegetable broth
8 small red radishes, well-cleaned and tops removed
1/3 seedless English cucumber, about 1/4 pound, unpeeled
1 large shallot
2/3 lightly filled cup dill fronds, without stems
1/2 lemon, zested and juiced, about 1 1/2 tablespoons
3 tablespoons extra-virgin olive oil
1/2 tablespoon balsamic vinegar
1/8 teaspoon liquid smoke*
1/2 cup sliced raw almonds
1/2 cup pitted dates, roughly chopped
1/2 cup grated Parmesan cheese (omit for a vegan adaptation)
Flaky sea salt and freshly ground black pepper
1 ripe avocado, to serve
Method
Rinse the quinoa for 2 to 3 minutes in a fine mesh strainer, rubbing vigorously. Drain. Heat a 2-quart saucepan over medium-high heat and add a drizzle of olive oil. When the oil is hot, add the quinoa and cook, stirring, for 1 minute. Pour in the broth, bring to a boil, cover, and turn the heat down to low. Cook for 15 minutes. Turn off heat and let sit, covered, for 5 minutes.
Line a large baking sheet with parchment and spread the cooked quinoa over it in an even layer. Let cool while preparing the vegetables.
Dice the radishes finely — about 1/4-inch to a side. Do the same with the cucumber. Finely dice the shallot. Finely chop the dill fronds. Toss with the quinoa in a large bowl.
Zest the lemon right into the bowl and fold in the zest. Juice the lemon half and whisk the juice together with the olive oil, balsamic vinegar, and liquid smoke until emulsified and thick. Toss this with the quinoa.
Fold in the almonds, chopped dates, and Parmesan. Taste and season to taste with salt and pepper. When ready to serve, top with chopped avocado.

Dill is easy to grow, but its seeds are not very common. It’s often grown indoors, in a pot placed in water, and takes as long as a month or more to grow. With an Urban Cultivator, though, it’s as easy as one, two, three!
When using an Urban Cultivator, dill only takes about two to three weeks. As dill requires a lot of water to grow, the automatic watering function of the Urban Cultivator will save you a ton of time.
All you need to plant, and you’ll be ready to harvest in no time!
What do you like to do with dill? Let us know in the comments section!