Come Join Us at the 2014 Interior Design Show West! 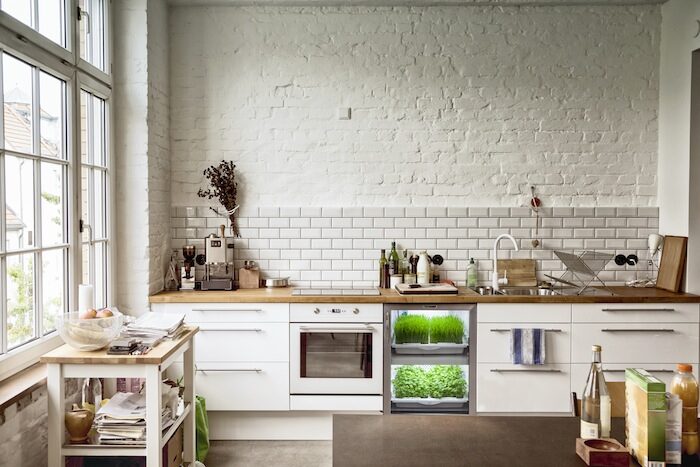 Want to meet the Urban Cultivator team in person and get up close and personal with an Urban Cultivator unit? Here’s your chance!
From September 25th to 28th, we’ll be at the 2014 Interior Design Show West in Vancouver, British Columbia. We’ll be showcasing our beautiful Residential units that grow fresh herbs, microgreens, and vegetables indoors at booth 1513.
Urban Cultivator will be at iDS West on the 25th from 4pm to 9pm, the 26th from 10am to 6pm, and the 27th from 10am to 5pm. Tickets for the trade show, which are $15 per day or $25 for the entire weekend, may be purchased here.
Curious about what you’re going to see?
Check out what your kitchen could look like with an Urban Cultivator unit here!

About iDS West
Launched in 2004 under the original name of Design Vancouver, as recognition to the gap in the West Coast Design market, this event created a successful forum to present current, design forward products and services to consumers and trade professionals.
Tracking its growing success the show was purchased in early 2007 by Chicago-based Merchandise Mart Properties Inc. (MMPI) and most recently by Informa Canada in 2012, one of the world’s leading trade and consumer show producers.
Within its stable of other Canadian properties are the Interior Design Show (IDS) in Toronto, One of a Kind Shows, IIDEX Neocon Canada, Construct Canada and BUILDEX. The event has since been re-branded as the Interior Design Show West – the West Coast version of the established Toronto based Interior Design Show (IDS).
This association has successfully contributed to an increased exhibitor base, exciting special features, a broader speaker program, trade only times, and an ever expanding compliment of design experiences.
Annually the show continues to grow in size, importance and reputation and in 2013 welcomed over 35,000 visitors. IDSwest 2014 will continue to showcase the best in international and local design underlining that Vancouver continues to be one of the strongest real estate and construction markets in Canada.