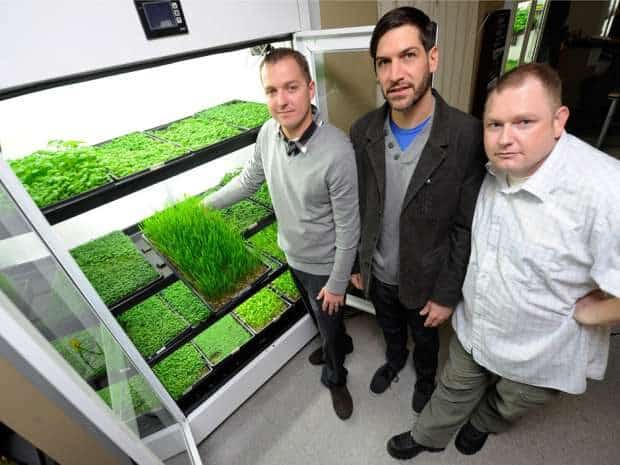 Recently, Financial Post spoke to our CEO Tarren Wolfe as a part of a series that FP Entrepreneur is doing about what Dragons’ Den alumni have been doing since signing their respective deals.

Needless to say, we were very excited to share our news due to the progress we’ve seen over the past five years. Since signing a deal with Arlene Dickinson, we’ve increased our international reach with dealers and distributors worldwide, installed units in Michelin-star restaurants, and opened our flagship Living Produce Aisle store.
Take a look at some of the highlights from Tarren’s interview with Financial Post.

On the current state of food and its delivery:
“Our food delivery system doesn’t make sense. Why are we shipping food all around the world, food that’s losing nutritional value by the hour, and wasting fuel to do that, when we can grow micro greens anywhere pretty easily?”
On our collaboration with Microsoft:
Urban Cultivator appliances are seen all across Microsoft campuses, growing microgreens to feed its employees. In addition to its presence at Microsoft, the company’s engineers, who want to feed the hungry, are working with Urban Cultivator to develop a product that will address world hunger.
On Living Produce Aisle:
“We sell flats to restaurants and live cut smoothies, live cut micro green salads […] The initial goal was to create a better showroom for potential buyers of the cultivator. It’s great because it also enforces the education around why live food is better in general, and people can see it’s attainable. We developed a new consumables program that has expandable seed sheets. And we’re moving lots of cultivators out of it, too.”
On our company’s future plans:
“We’re developing a machine that can operate completely self-sufficiently. So it can run on the streets of India or Africa to feed the poor.”