How To Grow Cilantro

26 Sep How To Grow Cilantro

Posted at 14:18h in Herbs & Greens by Apeace
Share 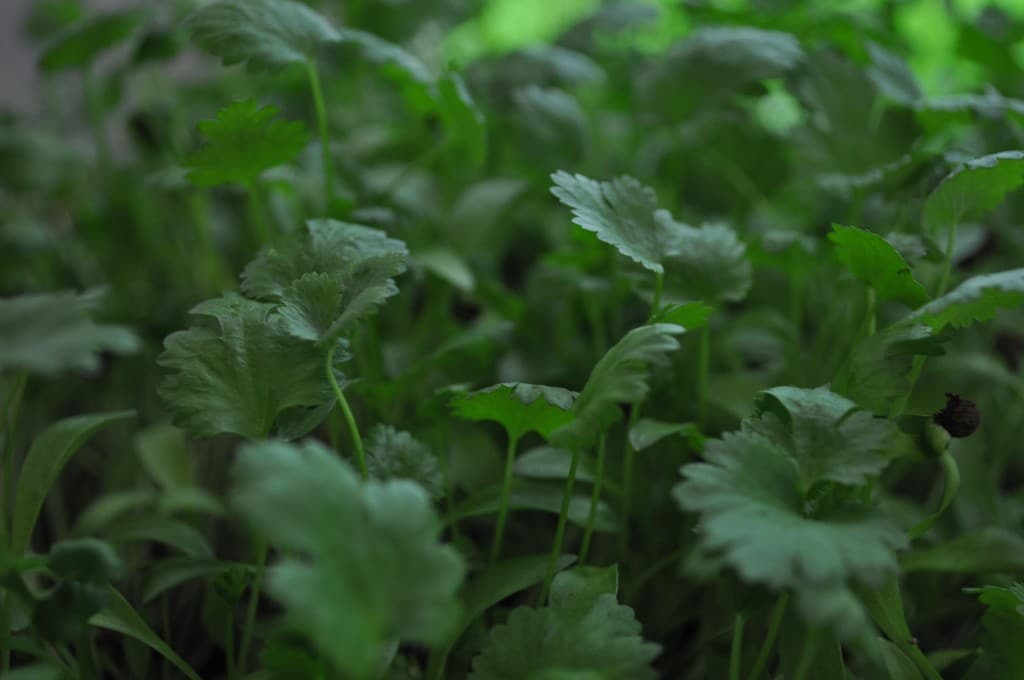 One of the most widely used and loved herbs and spices in the world are derived from the same plant, Coriandrum sativum. The leaves of this plant are frequently referred to as cilantro, while the seeds are most commonly called coriander.

Cilantro leaves have pungent smell described by some as “soapy”. The stems also have a strong odour and flavour. Leaves and stems pair well with piquant foods, such as in the cuisines of the US Southwest, Latin America, Southeast Asia, India, the Middle East, and in parts of northern Africa. Flavours are used to “lift” other flavours; they enhance and promote other pronounced flavours.

Coriander roots are used often used fresh as a base flavour for Asian soups.

Tips for keeping your Cilantro happy

Cilantro, is a fast growing annual reaching 12 – 24 inches tall. The entire plant including the leaves, the seeds and roots are all edible. Coriander can easily be grown in trays. Simply pick or trim fresh leaves or whole stalks as required.

The leaves get a stronger and sometimes disagreeable flavour as they get older and larger. The soil should be kept moist but well drained. Cilantro can be sheared back without worry and will in fact return fuller and denser.