Posted at 00:36h in Grow your own
Share
Garden stores are getting busier these days. After all local, healthy food isn't just a trend, it's a movement. Garden stores are exactly where you'll also start to see Urban Cultivator units appear. Urban cultivator is a symbol of a need for more creative and productive ways of producing healthy food for your family. The first garden store you'll find Urban Cultivator in is Art Knapp in Downtown Vancouver (1401 Hornby St. Vancouver).
Read More

Posted at 23:16h in Grow Journal
Share
My name is Eric and just a little over two weeks ago I received my Kitchen Cultivator from Urban Cultivator. I've been really excited to show the Kitchen Cultivator in action in my home and I already have some results. The first crops that I have planted are Pea Tendrils, Spinach, Arugula and Cilantro... and believe me I am completely stoked to have fresh Arugula in November (and in Vancouver no less!).
Read More

30 Aug The Express on Shaw TV

Posted at 17:53h in Grow your own, Urban Cultivator News
Share

Watch Myles explain the Commercial Cultivator on Shaw TV's "The Express" on Youtube...

26 May Fresh Herbs Grown to Order

Posted at 22:17h in Fresh Thinking Chefs, Urban Cultivator News
Share
How would you like to make a reservation at your favorite restaurant and have part of your dinner planted that day. Then, a few weeks later you dine on the very same fresh herbs cut just moments before they are meticulously plated and served. That is exactly what one Burnaby chef has done from his kitchen at Peartree Restaurant. Scott Jaeger, who represented Canada at the 2007 Bocuse d'Or culinary competition in Lyon France, has been using his Commercial Cultivator to produce amazing flats of Chervil, Celery tops, Spinach and watercress for use in his upscale continental restaurant.
Read More

26 May The Urban Cultivator Herb Guide Has Arrived! 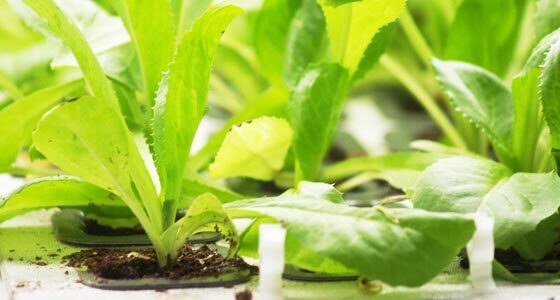 Curious about what you can grow in a kitchen cultivator? Wondering what to use all of those fresh herbs for? We've just started an online resource for all "grow your own" enthusiasts, and we call it the Urban Cultivator Herb Guide. At this time we outline 27 common herbs that can be easily grown in the Kitchen or Commercial Cultivators. We tell you how to keep your herbs happy, and in the future we will have recipes available for you to discover each of these amazing herbs and veggies right from your kitchen.
Read More

25 May Rack of Lamb with Arugula Pesto 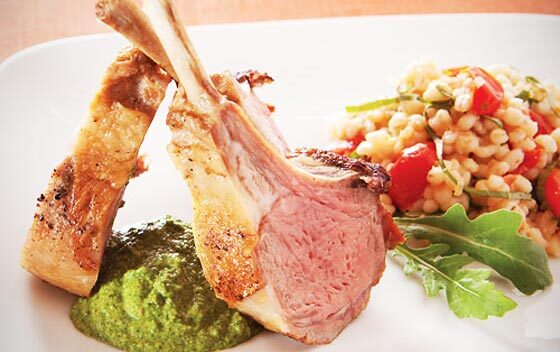 Rack of Lamb with Arugula Pesto Recipe This Recipe is great for a laid back Sunday afternoon. The fresh Arugula and the fresh Basil can be grown right in your Kitchen Cultivator. Serves: 5 Hands-on time: 45 minutes Total time: 1 hour, 15 minutes
Read More

11 May Fresh Thinking Chef Grows His Own

Posted at 22:21h in Fresh Thinking Chefs, Urban Cultivator News
Share
From growing his own mushrooms, to a rooftop garden, Chef Tory serves up amazingly fresh dishes from his kitchen at Sidecut restaurant in the Four Seasons Resort in Whistler BC. The most recent addition to his fresh forward thinking however comes in the form of two Commercial Cultivators and a Kitchen Cultivator. Allowing Chef Tory to use the freshest flavours for his dishes, the two Commercial Cultivators and one Kitchen Cultivator provide 10 flats of micro-greens per week to his restaurant and hotel visitors.
Read More

Posted at 20:58h in Grow Journal
Share
Today is an exciting day at our marketing office in Los Angeles! Today we get our new Kitchen Cultivator dropped off at the office and we are having our resident grow guru, Kyle help to get everything hooked up and off to the races. The KC unit is surprisingly simple to hook up. We are expecting to see sprouts in the next few days so stay tuned!
Read More

No room for a garden, too hot, too cold, too busy? Whatever your reasoning is for not growing your own, we’ve got you covered. You now have zero excuses for not producing and cultivating your own herbs, spices and micro-greens. Urban Cultivator is proud to bring the joys of outdoor growing, indoors. Our Kitchen Cultivator is being dubbed “the living spice rack” and is now trumping the “100 mile diet” with a “0 mile diet.”  Through growing your own vegetables, micro-greens, spices and edible flowers you completely eliminate travel time and energy which in turn drastically reduces your carbon footprint.
Read More